When the World’s Loudest Month’s festivals were announced back at the end of last year, I immediately had my eyes set on Welcome To Rockville. With a line-up like that one with some of my all-time favourite bands, including Alter Bridge, In This Moment, Papa Roach or Seether, and many bands I hadn’t even seen live before, it was really tempting. I am quite known for my crazy shenanigans, so I guess it is not that surprising that I really ended up flying to sunny Florida [from Slovakia!] for the weekend to attend the festival. And what a weekend it was!

I was genuinely curious how different it would be from Europe. Rock and metal festivals have such a long tradition and history in Europe compared to the US, but it is really nice to see America embrace and adopt the concept more and more in the recent years. And really – it is not much of a difference. Just a bunch of music fans having the time of their lives, and enjoying the music and performances by their favourite bands, as well as getting to know new bands in the process. It’s just one big celebration of hard and heavy music.

The schedule was a little less balanced in my opinion, at least for me, with majority of bands I really wanted to see playing on Sunday. It doesn’t mean the first day was not one hell of a ride as well. Starset with their spacesuits were really a nice surprise, I only noticed the band recently, sometimes it is really interesting to watch what bands are known in US and you probably wouldn’t have heard a word about the band in Europe and vice versa. Energetic performances were delivered by I Prevail and All That Remains, while The Charm The Fury from Holland were quite a start into the day as well. Frank Carter & The Rattlesnakes were one of the early bands that really stood out on the first day in my opinion though; despite playing the small stage they delivered one hell of a gig that was absolutely crazy from the very start. You could see the almost insane expression on Frank’s face as he took the mic cord with him and he kept on singing standing on the top of the crowd.

Shortly before 5PM, The Pretty Reckless dominated the Metropolitan stage and I won’t lie, despite the scorching sun this was pretty much my highlight of the day. Taylor Momsen, of course, kept hiding behind her hair, but that is nothing new for those who have followed the band recently. I do not envy being on stage and performing for almost an hour in that heat, when the sun was shining directly on the band, but even then, the band didn’t seem to mind that much. They might have a little less energy than when I last saw them in a club at Niagara Falls, but no one could blame them for that. I know that I had some serious trouble with the hot Florida weather – I am not used to it and it wasn’t even the hottest it could be.

The sun went a little bit easier on all of us for the rest of the day and it showed clearly during the next sets with Coheed And Cambria, Mastodon, and Pierce The Veil. We got a little bit on the punk rock side with The Offspring and everybody that has ever seen this band play live must surely agree with me – these guys have as much fun on the stage as the fans that come out to see them.

The last two bands for the day were also the bands I saw for the first time. I never really expected to see A Perfect Circle live, taking into account that the band was not that active in the past several years and it has been ages since they released their last studio album. So, it was really a nice surprise. But what really took my breath away was Soundgarden. Headliner of the day and it was clear that no other band of that day could compare to the massive show they delivered for the whole of Rockville crowd. A truly perfect end to the first day.

And where the first day has been amazing, the second day was just completely insane.

With bands like Beartooth, Nothing More, Rival Sons, and The Dillinger Escape Plan, it was loud and clear from the very beginning of day two that this is going to be really something. People went crazier, with crowd surfing getting the security guys much busier than the previous day. With Motionless In White we got a little bit more of the theatrics on the stage with different props and fangirls in the first rows being exactly that – fangirls. It was amazing to watch the crowd really come alive.

And with some amusing theatrics, stage costumes and blood girls, we slowly became the show during the next band on the Metropolitan stage – In This Moment. It wasn’t even 3PM and the band lured in a pretty decent crowd – both of fans and photographers. Because even despite playing only a couple of songs, this was one hell of a show. It is the Half God Half Devil tour after all. Besides the well-known songs “Blood”, “Black Widow” and “Whore”, the band played two very new songs – “River of Fire” and “Oh Lord”, for which the video has just seen the light of the day recently. I don’t know about you, but I am surely looking forward to the new album Ritual to be released this July!

By this time, I was beyond excited. Up next was the band that was the main reason I travelled more than eight thousand kilometers – Alter Bridge. Do I need to say more? I guess I really do, because it is crazy how this band plays only theatres and small venues and 4PM shows at festivals in US, while they are selling out Wembley London and playing late in the evenings among the biggest festival bands in Europe! It never ceases to amaze me how this gem can be so underrated; this band simply does not get as much attention as they should. Their short set at Rockville offered only a slight glimpse and cut through all five of their studio albums with some of their biggest tunes – “Metalingus”, “Isolation” and “Ties That Bind”. Even though I really missed songs like “Blackbird” or “Wonderful Life”, their show was full of energy and funny moments, like Myles getting a random mango from a fan. Really? A mango? Why not a banana at least?

Even with Three Days Grace starting just mere minutes after Alter Bridge ended their set, I didn’t have the heart to leave during their set. With “Show Me a Leader” off the recent album The Last Hero and “Rise Today” being the last two songs of the set, I had to stay to the very end. Which meant literally running for my life to the Monster Energy stage after that, but I had so much energy and endorphins coursing through my veins after such a stellar show that I did not mind it at all.

Up next were three bands that are very long among some of my very favourite bands – Three Days Grace, Seether and finally – Papa Roach. With now only a few more days till the release of their upcoming album, Crooked Teeth, the fans got to hear and watch some of the new songs live. And people went even more insane than during the whole day, which was quite a feat. But despite all this, the absolute top for me was “Gravity”. I knew for quite some time that In This Moment and Papa Roach are playing both on the same day here on Rockville. Yet it never occurred to me what that really means – witnessing “Gravity” in all its glory how it should be with Maria Brink together on stage with Papa Roach. I remember being quite jealous when they were touring together in the US and they always played this song together. Now I got a chance to see this with my very own ears and with as much as I love this song, it’s no wonder it absolutely took my breath away.

With Chevelle headlining and closing out the Metropolitan stage, I finally got to see this band perform more than a few songs as a support band and it really showed that this is quite something different than what I had the chance to see in February when they were on tour with Disturbed and A7X. This was so much more exciting and what really helped was that their sound was not completely off like back in February. No one really seems to bother all that much with support bands at shows these days and it is quite a shame, because they sounded so much better at Rockville.

The final band of the Rockville was Def Leppard. This legendary band has been rocking for four decades and it’s astounding how they can outshine many of the younger folks in the scene. Not even losing an arm could have stopped their drummer Rick Allen from continuing a very successful career in the music industry. Known as “The Thunder God” among the fans, seeing him onstage behind his drumkit, it is clear where this nickname came from.

It was a little unusual to see a festival end at 10PM for me. Even though it really was a long exhausting two days, Welcome To Rockville was a major success and people had lot of fun with great music over the weekend. I know I had! And I will definitely be back next year for more of this festival madness that is Welcome To Rockville.

Check out all of our Welcome To Rockville coverage here! 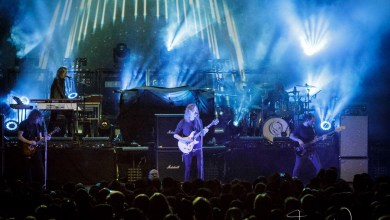 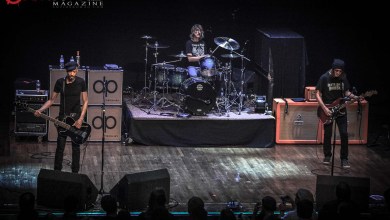 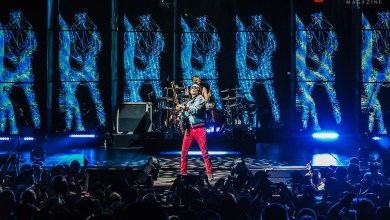 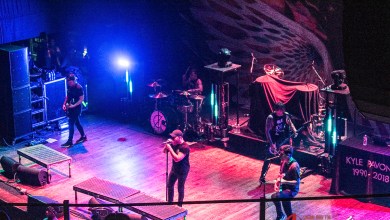 Concert Review and Photos: WE CAME AS ROMANS in Dallas, TX