Nearly ashamed to admit it, but my last live viewing of Marillion was back in the eighties in the Fish era. Despite having seen Steve Hogarth once in an absolutely stunning live solo show in a small N. Ireland club, I have never seen him front Marillion. Marillion have subsequently been denigrated and largely castigated by the world of music journalism and indeed, the world outside also. Well, 2016 it seems the world is turning, and changing; Marillion appear to be in fashion again. The latest album, Fuck Everyone and Run (F E A R), is one of their most successful of their career and has been in receipt of some quite high chart placings all over the world. I had taken a break from Marillion in recent years, but understanding that the band would be visiting most of the new album in their live shows I had a crash course of it prior to attending the Manchester show. Guitarist Steve Rothery had shared with me that it was the largest number of tickets that they had ever sold in the venue.

How rare to go to a concert, not being familiar with many of the songs played and yet still walk away from it with a huge grin and sense of total satisfaction. The latest album contains several long pieces of music. However, rather than creating a sense of boredom they envelope and include the audience in their delivery. Obviously, I was surrounded by a hardcore element of fans who knew and sang along to every vocal nuance (and even some instrumental bits as well). The audience camaraderie, both with each other and the band, was addictive. Hogarth’s sense of humour contrasted strongly with his visual presence while performing the actual songs. He made them a full visual as well as a vocal performance. Visiting roles through each tune in various guises through his visual and body movement portrayal. This created a truly engaging show around which the band weaved their magical sonic tapestries. Onto the subject of vocals – last time I saw Hogarth was in a club with just a piano for accompaniment. I walked away that night believing that he was one of the best singers that I have ever seen. This second showing merely reinforced that opinion. Such a vocal range and strength; truly mind-blowing and it definitely left me open-mouthed in wonder on several occasions. The audience also contributed to the magical evening with their own vocal delivery. H looked visibly emotionally moved by their response on several occasions.

Steve Rothery was also a delight to both witness and hear. A much-underrated guitarist floating effortlessly in terms of sonic textures from heavy power cords to light melodic interludes. Truly fantastic and I am already signed up to go see him perform in the same city at the start of next year on his short solo tour.

Generally, live gig reviews feature a detailed breakdown of what tracks were performed during the evening. In this case that is not important. I think the focus of this evening should be more on the fusion of spiritual harmony and happiness. This was created between band and audience through the power of music. Much more than a rock concert, this was truly a magical experience. As soon as I returned home I immediately went online to update my Marillion catalogue. If you are already a fan, then you know exactly what I mean. If like me, you have passed Marillion by in recent times, do yourself a favour and give them a second chance – go on and treat yourself. I guarantee you will not be disappointed. 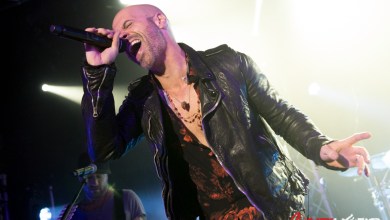 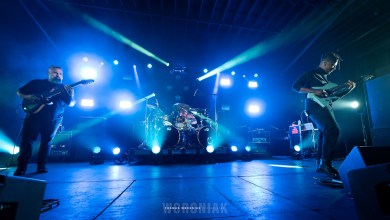 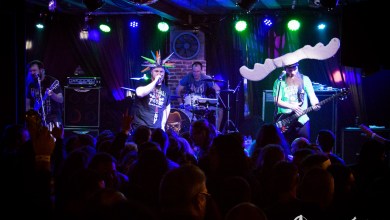