The now legendary Christian metal pioneers, Stryper, brought their scary-great brand of melodic hard rock and metal music to the beautiful House of Blues in downtown Chicago, IL on Halloween, October 31st. Though it was Halloween, the festivities were anything but scary, save perhaps the thought of squeezing back into those yellow and black outfits after 30 years that the band donned for this historic tour. Lead singer Michael Sweet had told me during a recent interview that a few of the outfits had to be remade because some had been stolen over the years. Regardless if they were the originals threads as seen in the classic music videos for “Calling On You” and “Honestly,” or new replicas, the band looked great in the old gear. But even better… they sounded amazing!

After a nicely produced and powerful intro video recapping the band’s beginnings, and history, Stryper tore through the To Hell With The Devil album in its entirety, and in sequence. The band then took a quick break and returned with a ripping set of Stryper’s greatest hits which included “Soldiers Under Command,” “In God We Trust,” “Surrender,” as well as a great cover of the Black Sabbath classic, “Heaven and Hell” and “God,” the sole original from their 2007 album The Covering. Unlike many of their peers from the same era, Stryper has been very prolific pumping out excellent new music in recent years, and they treated the enthusastic Chicago crowd to a few newer rockers from 2013’s No More Hell to Pay, and 2015’s Fallen. If you were a fan of the band before, but haven’t checked out their two latest releases… go get them. You won’t be disappointed as they have that same classic Stryper sound and playing , combined with excellent songs and singing. No seriously… they’re that good.

I’ve had the unique opportunity to spend the past six weeks covering and shooting Stryper at three different shows, on two different tours, conducting two interviews with Michael Sweet, and talking with the band members Robert Sweet, Oz Fox, and Tim Gaines on two separate occasions. Check out my other coverage of Stryper’s Fallen tour stop at the Arcada Theatre in St. Charles, IL here, or my first interview with Michael Sweet here.

**Now, with all that “review” stuff said… and with the additional access I’ve had to the band, and Michael Sweet in particular, I’m going to conclude with this: I’ve followed Stryper since their debut in 1984, and have always sung their praises (dual puns intended). It’s always irked the shit out of me though that some people never gave the band a chance, or worse, ridiculed them simply because they carry a message within their music. See, here’s the thing: these guys have always been honest about their faith, as well as whenever they’ve fallen short personally throughout their career. They’re human just like you and me. They’ve never claimed perfection, but have always sought to be a light in a dark world while rocking the hell out… (yeah, another intentional pun… deal with it). And for the record, I’m not a religious zealot… far from it actually. But I am a zealot for great music, and Stryper, as well as Michael Sweet’s solo work, definitely delivers this. Go back and listen again, or listen for the first time.

Christian band? Metal band? Hair band…? Call it what you want; I call it kick ass! 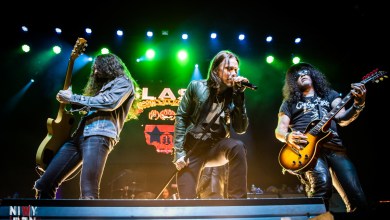 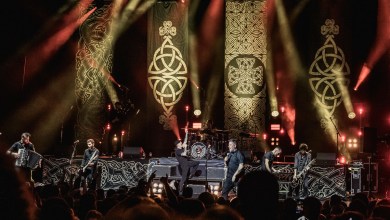 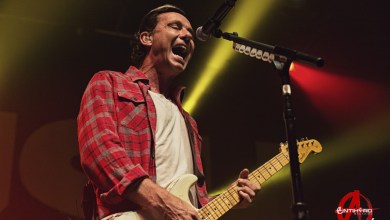 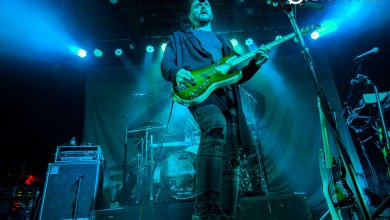