MESHUGGAH with guests THE HAUNTED at O2 Ritz Manchester

Following the release of their critically acclaimed album, The Violent Sleep of Reason, Meshuggah return to Manchester after a 5-year absence with fellow Swedish Extreme Metal band, The Haunted, whom also haven’t played Manchester in over half a decade when they supported Slayer for their “World Painted Blood” tour in 2010.

Having little knowledge of The Haunted before attending I wasn’t sure if they’d fit in supporting a Progressive Metal band like Meshuggah, but much to my surprise they put on a highly-energised show that engaged the crowd, as well as getting the room sufficiently warmed up for Meshuggah.

Once the lights went out for Meshuggah, a few moments of build-up were provided with ominous ambient noise before the band entered the stage and began with the opening track from their latest album, “Clockworks.” From the very first note, people with little understanding of the band are fully aware of what to expect of them – awe-inspiring musicianship, an impressive light show, and a unique, dissonant yet aggressive tone.

The band continued their set with “Born in Dissonance,” the first single released off the new album and will likely become a setlist staple due to its almost danceable qualities and earth shattering outro that will satisfy those in need of something heavier than the average death metal song.

The light show is unlike anything I have ever seen before in all the years I have attended metal shows and easily is worth the price of admission alone. The band performed in almost complete darkness throughout their set and had limited interaction with the audience which usually I would have an issue with, but seeing as the light show was synched up with the powerhouse drumming of Tomas Haake, it added to the overall impact of an already vicious set and made it all the more amazing to see a band play their daunting brand of Progressive Metal played so tight with very little, if any, error.

The setlist was primarily focused around the previous three albums – The Violent Sleep of Reason, Koloss, and ObZen, – three of their strongest albums in my opinion and provided some of the more memorable moments of the night. In particular, was “The Hurt That Finds You First,” which made use of an unrelenting breakneck pace before slowing down to a crushing groove designed to get the crowd moving.

This is not to say that the older albums were neglected, as “Sane” was played early in the set, which was probably a strange choice considering there are more well-known songs from Chaosphere, but was still appreciated as a deep cut. While hardcore fans may be disappointed by the absence of some of Meshuggah’s more reputable works – “Rational Gaze” and “New Millennium Cyanide Christ” were greatly missed – classic cuts “Stengah” and “Perpetual Black Second” were still present and provided some of the slower moments of their set, which was a welcome change to some of the relentless thrashers to come later.

Easily the most anticipated moments of the night were the inevitable addition of extended anthems from ObZen, “Dancers to a Discordant System,” and “Bleed.” In terms of musicianship, “Dancers“ is an intimidating song which is made clear by just how focused on their instruments each member had to be, even the most dedicated of mosh pit enthusiasts had to stand in awe of just how impressive these songs are.

Ending their set with “Bleed” was a surprise to absolutely no one, but still brought the audience to a frenzy, only interrupted by a sinister clean interlude before beginning an almost uncomfortable sounding Allan Holdsworth-esque guitar solo.

Once the band returned to the stage with “Demiurge” the crowd was uncontrollable, it was at this point I started to make my way to the back of the room to leave with ease once the show ended, a feat that turned out to be quite difficult as Meshuggah began their final song of the evening, “Future Breed Machine,” a classic from their landmark album Destroy, Erase, Improve and a perfect closer to a phenomenal set. While Meshuggah is definitely not an easy band to get into, it is most certainly worth the extra effort to research their back catalogue, which is incredibly rewarding considering how unique and challenging this band can be if only to bear witness to their breath-taking live show. 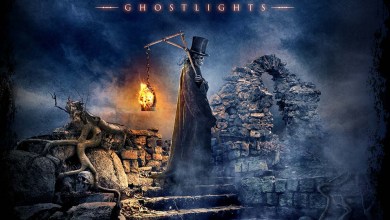 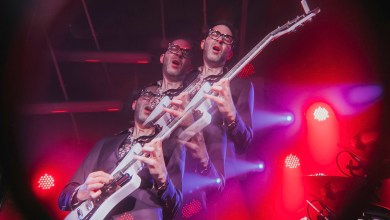 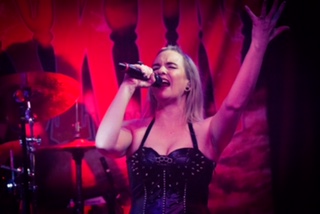 Concert Review: DEVILSKIN with SUMO CYCO at the Rebellion Bar in Manchester 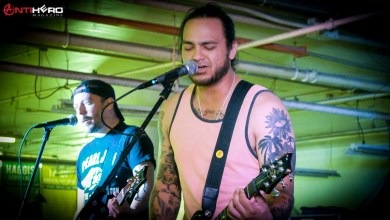