Very few acts combine lush, atmospheric soundscapes and unrestrained brutality the way Swedish metal titans Opeth do – or tour as infrequently – so, when I saw they would be hitting Kansas City with French metal act Gojira as direct support, I knew I had to attend, and their stop at the Midland Theater did not disappoint. Sadly, I was unable to make it in time to see opening act Devin Townsend Project, although chatter from the crowd before Gojira‘s set was very positive.

I will admit I was only a casual Gojira fan going into their performance. I knew a small handful of songs, and only one all that well (my former band wrote most of a song before realizing we had copied the riff from Flying Whales). I left a diehard, lifelong convert, and I’m guessing I am not the only one. Gojira are without a doubt the tightest metal band I have ever seen live, tearing through song after song of jerky, lightning-speed technical riffs with machine-precise fury, recalling the Deftones at their heaviest, but at three times the speed. Gojira‘s albums are heavy, but they’re nothing next to the band’s live performance. Even with a setlist comprised mostly of tracks from their most recent (and lightest) release, Magma, Gojira had a spark on Friday night that is exceedingly rare; mere seconds into the opening riff of “Only Pain”, the entire crowd was moving, singing along, surging forward with every new riff, and the band noticeably fed off that energy.

Frontman Joe Duplantier and lead guitarist Christian Andreu were in perfect sync, trading off solos, riffs, and hyping up the crowd with smiles on their faces, while bassist Jean-Michel Labadie bounced around stage headbanging so hard he would double over at the waist, and drummer Mario Duplantier put on the single best percussive performance I have ever witnessed. He spent one entire 4+ minute song riding his double-kick pedals while playing complex counter-rhythms on the rest of his kit, all while grinning, headbanging, and posing for the crowd with every brief pause, making one of the most grueling performances I’ve ever witnessed look downright casual. Perhaps the best way to sum up how incredible Gojira‘s set was came from the crowd itself, who at one point broke out into a spontaneous chant of “Holy Shit!” in between songs. If you ever get the chance to see Gojira live, they are a can’t-miss phenomenon.

Opeth did a remarkable job following such a high-energy act, especially considering their songs are much less explosive. Opeth focused on their progressive elements, opening with the title track from their newest record, Sorceress, showcasing their secret weapon of keyboardist Joakim Svalberg, and moved from there into an excellent sampling from their discography, hitting both soothing, meandering prog pieces and furious death metal with equal aplomb – if you have any friends or family who love classic rock but don’t care for screaming, drag them to an Opeth show sometime and change their mind. Frontman and songwriter Mikael Akerfeldt led the proceedings with an easy charm, speaking to the crowd between songs with a relaxed cadence that called to mind the best NPR radio hosts. It lent a very intimate air to the evening, with a packed theater feeling like a group of people gathered around a campfire. Opeth‘s restraint and timeless songwriting style were an excellent balance to Gojira‘s fury, allowing the band’s quieter moments to shine – “Cusp Of Eternity” in particular was a tour de force in prog, sounding remarkably like an evil Pink Floyd – and lending the bombastic moments like “Heir Apparent” or the climax of “Ghost Of Perdition” even more strength.

This tour was a perfect demonstration of why live music is so powerful. No studio recording can capture the euphoric feeling of a band entrancing an entire crowd the way Gojira did, or connecting with people as intimately as Opeth. Even words fail to describe how incredible the evening was, so I will turn to numbers: in 11 years of seeing live music and over 700 shows attended, this night is in my top ten, and I say that as a previously casual fan of both bands. If the opportunity arises, do not let yourself miss either Opeth or Gojira. 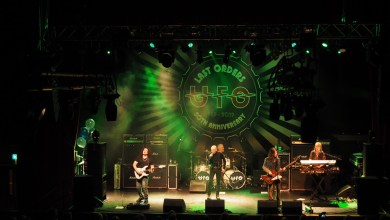 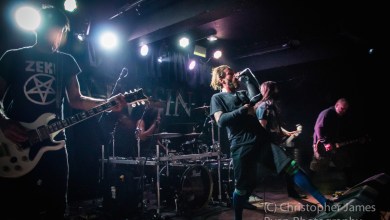 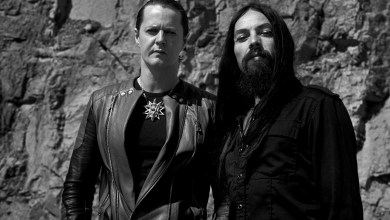