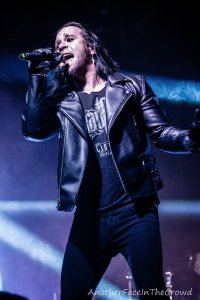 According to ancient Rock Lore, BOBAFLEX came into existence at the end of the 20th Century, 1998 specifically. Founding members, brothers Shaun and Martin McCoy can trace their ancestry back to Mason, West Virginia, a small town close to the Ohio River. This area of the country has deeply ingrained DNA markers that point to music as being as important to the early settlers as the air they breathed. Generations later BOBAFLEX came to fruition with their first record in 2003 “Primitive Epic”. Similar to the conflict between the clanging of instruments in a rock song or an underlying internal battle the songwriter has with himself or the moving pieces around him or her, this traceable, genetic marker in Shaun and Martin stems from one of the oldest feuds in American History; The Hatfields and McCoys.

HIT THE BRAKES…Alright, alright – I must confess; just a part of the above story is accurate. There isn’t anything like an ancient scroll of rock music lore hidden away in some dank, musty basement, there isn’t a DNA marker for conflict that appears in Shaun and Martin’s chemical makeup (or is there??). The only part of that story that is factual – to the best of my knowledge – is the part about the brothers being kin to the McCoys, according to the band’s bio. Interesting, no?

BOBAFLEX has a reputation for being a hardworking, career-centered, rock band with the desire to bring their music to the masses and they’ve been doing just that for 20 years. Since 1998, they have recorded and released 9 records, played all over the world in all kinds of places, in front of all kinds of people. Without a revolving door of members; the lineup has been pretty solid and is probably a huge factor in why the band can do what they do on stage.

So, what do they do on stage and why should someone that’s never seen them go buy tickets and go? What can I tell you about BOBAFLEX and their show that will either make you go to their show when they’re in your city or at least spawn your interest more so?

Look, if you’ve been to concerts and rock shows, I’m not telling you anything you don’t already know. You don’t have to be a Rock Guru or an expert to say a show was good or not, right? But as fans of the Almighty Rock, there are some expectations that need to be met from a band performing on stage, don’t you agree? I mean, wanting to see certain things in a show are crucial for the show to be reviewed, right? 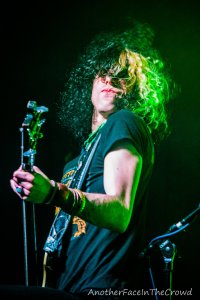 When I go to a show, especially a rock show, I want whoever is on stage to bring it; move around, sweat, fist bump fans in the front, get out into the crowd, stage dive – whatever it is that makes you do what you do, do that. Hard. For that 30 to 45 minutes or longer, not gonna lie, I need certain things and if a band can bring these things to the stage, we’re good. Here’s what I need to happen for it to be a GOOD rock show:

Oh, by the way – you can count kickass lights that search and point out the mysteries of the music that’s being played. Or bands can blow smokestacks, light bursting flames and shoot ribbons and confetti at me too – but as long as I’m getting all the other stuff before that, do all the fillers and add-ins you want!

Did BOBAFLEX hit on and fulfill these 11 things that I need for a rock show to be a good one for me?

You’re damn right they did. THAT, my Lovelies, is exactly what BOBAFLEX did last night.

All Images © Another Face In The Crowd Photography/Joseph Deleon/The Bird’s Nest – all rights reserved. Must obtain permission to repost, copy, or print. 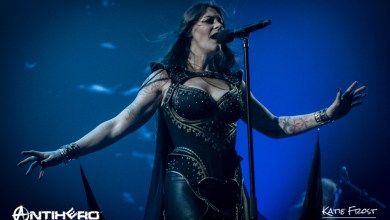 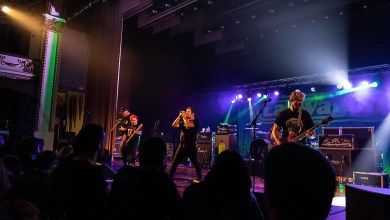 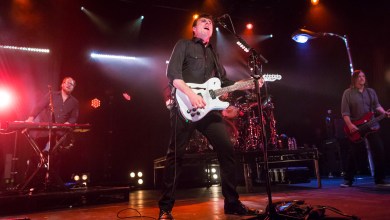 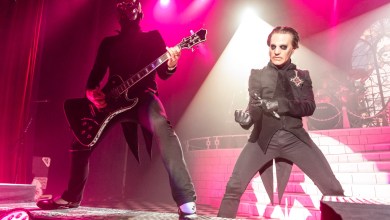 Concert Review and Photos: GHOST at the Thomas Wolfe Auditorium