When we look at the history of metal in the United States and the impact that the founding fathers of Thrash had on the music that we know as a whole, none have had a bigger impact than Slayer. At the time of the band’s creation, the music that they played was something that had never been done before, setting the tone for the many generations of musicians that followed in their footsteps and laying a solid path for them to follow. When Slayer announced their final tour run, I knew I had to be there for this historic moment as one of the most iconic metal bands bid farewell.

It was a hot and humid afternoon in Charlotte, North Carolina as the tour stopped at the PNC Music Pavilion. The evening was stacked with bands who are all worthy of headlining places but the symbolism of these bands opening spoke volumes about the influence that Slayer has had. The first band to hit the stage, California’s own and fellow thrash legends, Testament. Testament delivered an amazing performance, setting the bar high for the bands that followed once their set was complete. With tons of energy and amazing crowd interaction, this band showed exactly why they have had the long career that they have had.

After the dust had settled, the stage was set for Polish extreme metal outfit Behemoth to conquer the stage. If you have never seen Behemoth perform live, I only can suggest that you buy a ticket to the closest show to you and go. The band demands the attention of the crowd, frontman and guitarist Adam “Nergal” Darski had perfected his way of building the energy in the atmosphere. With his on-stage antics and passion, he commanded the crowd of thousands to chant and scream as the band delivered their hard-hitting set.

For me, my biggest and most memorable moment of the night came when fellow members of the Big Four Anthrax, took the stage. Now I’ve seen Anthrax before, so my level of excitement was extremely high for their performance, but I could have never guessed what was about to happen during the band’s second song. I was dead center in the photo pit as frontman Joey Belladonna was walking across the speakers interacting with the crowd. As I am looking through my viewfinder, snapping shots, I see him motion to me. Before I know it, he is standing right in front of me, I feel a light tap on my cheek, well about five light taps. Thinking it was someone else in the photo pit messing with me, I put my camera down and turn to my left. I see one of my buddies pointing at Joey, who is looking down at me, saying “Get the shot”. Thinking that he wanted my camera, I froze. It was a moment where my brain was trying to process everything that was going on but completely failed to. What can I say, a metal god touched my face! Anthrax always delivers the most energetic performances and honestly bassist Frank Bello is one of the most fun musicians to photograph.

After I gained my composure in the VIP section and made sure that I got the shot on my camera, it was time for one of the bands that I was most excited about seeing, Lamb of God. Now, I have been a fan of this band since I was about 18, living in a party house watching the same four DVDs for days one of the being Lamb of God Live. So, I can honestly say that my expectations for this one were extremely high, but by god did they blow them out of the water. I have a ton of respect for Randy Blythe and what he has done for the industry, but as a frontman, I don’t think it gets any better than him. From his demand of the crowd’s attention to the carelessness of his own body by jumping off of anything and everything he can get air off of, he delivers an amazing performance for every single person in attendance. For me and in my opinion,  I feel as if Lamb of God set the bar extremely high for Slayer, creating large mosh pits outside the protection of the awning on the lawn of the venue.

Once the actual dust had settled, it was time for us to bid farewell to the headliner…one last time. As we waited for entry into the photo pit just off the side of the stage, the crowd erupted as the band’s intro began to play and the pyro started to light the stage. Once the curtain fell, all of the photographers rushed into the pit for their opportunity to capture a historic moment. I have never shot a show that used as much pyro as Slayer did, but I can tell you this, feeling the heat radiating off the stage from the large fire canons was an experience that I will not soon forget. Even though this band has been around since the early 1980’s they still perform like they are a new band trying to win over a fan base. They are happy, energetic, and most importantly, fun on the stage as they interact with the crowd and each other.

Overall, history was made in Charlotte on June 14th, 2018, as we as a city, as a fan base and metalheads gave one of the most iconic metal bands the best sendoff that the city could offer. This tour runs through the end of August, where it ends in the band’s home state of California. Tickets are still available for most of the dates on the tour, so I recommend that you secure yours now for your chance to be a part of the history of metal. 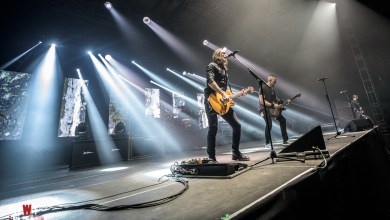 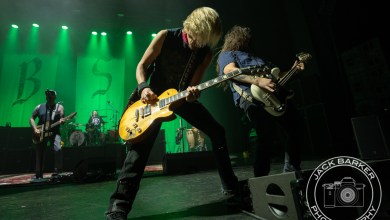 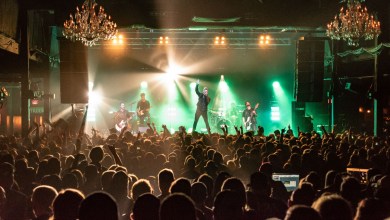 Concert Review and Photos: PAPA ROACH at the Fillmore Charlotte 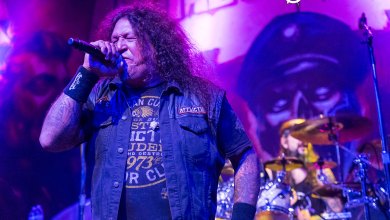