The Answer at The Limelight in Belfast, Northern Ireland – 25 February 2017

The first time I ever had the privilege to bear witness to mighty Northern Irish hard-rockers, The Answer, was at the close of the much-missed Glasgowbury Festival in 2013. That night they delivered an unforgettable, no-nonsense barrage of pure rock n’ roll to an adoring crowd full of smiles and sing-alongs which has had me converted ever since.

Before The Answer take to the stage of Belfast’s Limelight, the crowd take a moment to gather themselves after being sufficiently bombarded by the punchy riffs and raw energy of Maverick, a band who fittingly describe themselves online as, “a hard rockin’, heavy hittin’, ass kicking, dual guitar wielding, wrecking machine from Northern Ireland.” They’re not lying, I tell you.

Following this, The Answer march on and are greeted to a warm welcome from fans as they take to the stage and begin with the opening track “Solas” from their latest album of the same name. The new record sees The Answer delve into their Irish heritage with tracks featuring traditional and folk inspired sounds, and is quite the departure from the brawny, balls to the wall rock n’ roll the band have been known for. Despite this, The Answer prove that despite their softer sound, they can still crank up the guitars and deliver the distorted goods when they fire out classics such as “Never Too Late,” “Demon Eyes” and “New Horizon.”

Frontman Cormac Neeson appears nervous at first when introducing the new music, as a mandolin and bouzouki are unsheathed for wielding on stage, but the crowd are more than willing to give this new stuff a try as they respond with cheers and respect – something Led Zeppelin didn’t get in Belfast when they unveiled their brand spanking new folk inspired song, Stairway to Heaven in 1971.

Despite the appearance of nerves, Cormac still demonstrates his talents as a frontman with crowd participation and vocal acrobatics that are as goose bump inducing as ever, standing out particularly in Solas track, “Beautiful World.”

As a sword eater took to the stage and carried out his sword eating activities, I realised that a mandolin and bouzouki aren’t the most bizarre thing you can see at a heavy rock show.

To tie the ribbon on a special night of music from one of the most exciting bands from Northern Ireland, The Answer were joined on stage by The Streetwise Samba Band for a soulful performance of “Battle Cry.”

Although The Answer may have softened their sound since my first experience at Glasgowbury in 2013, they are still the same band that can provide a night of great music with an energetic and uplifting delivery which earn them their place as one of the best bands to come from Northern Ireland. 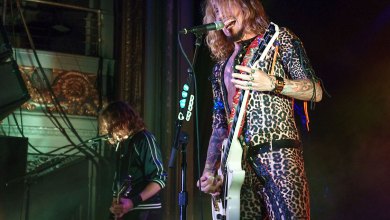 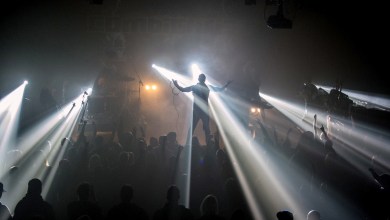 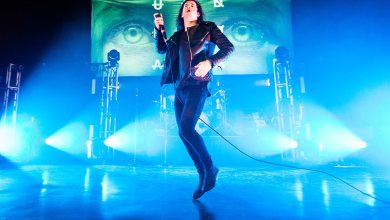