Showcasing an outright refusal to play by the rules, SPITE are making a name as one of the premier Powerviolence acts in the hardcore scene, deftly piecing together a sound from the most crushing elements of multiple sub-genres from death metal to downtempo hardcore, and their second full-length, Nothing Is Beautiful, is ten tracks of unabated fury.

Opener “IED” finds vocalist Darius Tehrani trading between strangled shouts and demonic pig squeals as his brother Alex provides a meaty hardcore chug, complete with plenty of breakdowns. “Drown Me” moves through acts, strongest at the start with an increasingly laggy chug injecting some menace. The central portion is pure two-step hardcore, culminating in an extended breakdown at the end. The title track starts with a bang, with some full-on death metal growls and a doom-laden downtempo intro warping into a rapid fire verse featuring more phenomenal lows from Darius. The transition into another hardcore stomp is well-timed, although the song doesn’t quite pick up the same amount of steam it started with until the very end.

“Kill Or Be Killed” is the best song the band have written yet, with a chest-thumping intro (complete with ape grunts) and alternating hardcore punk and death metal verses, with an uncharacteristic metalcore bounce for the chorus. Drummer Cody Fuentes even gets to cut loose with some blastbeats here and there as well. It’s a melting pot of heaviness, showcasing the band’s strength for making something all their own out of their influences. “AWOL” is sludgy hardcore, with a minimal two-step sway introduced with a brutal subsonic roar dominating the first half of the song. While I normally prefer the faster tunes, this song sounds meanest when it eases into a downtempo groove near the end. “The Corner Of The Room” is the opposite, sounding best after it builds to a climax, but there isn’t anywhere else to go and the song stalls out quickly. “Thy Bidding” lets Fuentes ride his china cymbal through a downright nasty verse from Darius, with an explosive build to an unfortunately flat chorus. The finale breakdown is a nice recovery, with a satisfying chug.

“Kingdom Of Guts” starts as almost pure deathcore before settling into two-step, always changing up just enough to stay fresh throughout, driven by an ever steady beat. The outro shouts of “eat shit!” will undoubtedly result in some intense pits live. “Despise” is one of the fastest songs on the album, but also has the most brutal breakdown. Darius Tehrani’s range (and rage) are in top form here, with frightening low growls and outrageously blasphemous lyrics. Closing track “Self Destruct” is dominated by Fuentes’s grinding intro drum beat, owing quite a bit to Meshuggah. It evolves into multiple forms of hardcore over six minutes, eventually, well, self-destructing into an ever-slower breakdown.

I don’t know if I’ve heard a record this year heavier than Nothing Is Beautiful. SPITE draw from many influences, but everything they pull from those muses are the most brutal aspects, and the way they fuse them together is massive. In that regard, SPITE are unrivaled. The band’s greatest weakness is when they get comfortable; they vary their 2-step rhythms and hardcore chugs up enough to sound different song to song, but the way the songs are written they still often feel like filler verses. It’s more a problem for the album as a whole than any individual songs, and “Kill Or Be Killed”, “Despise”, and “Nothing Is Beautiful” are all must-hear tracks. 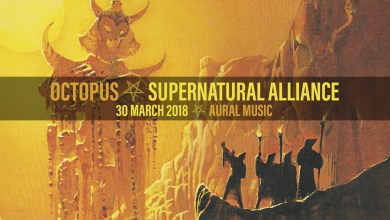 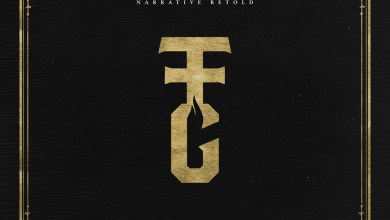