The Bunny The Bear revel in being weird. The brainchild of Matthew Tybor, aka The Bunny, their career has been marked by wildly incongruent sounds, usually in the form of theatrical, even operatic clean vocals from The Bear (whose identity changes frequently, and is currently the title held by Joseph Garcia) contrasted with Tybor’s feral screams and a melting pot of musical influences. On their seventh album, The Way We Rust, they once again bend genres with relish, creating an often appealing but always messy explosion of noise.

Intro track “Rabbit Hole” serves as a teaser to set the mood, with an acapella intro leading to sampled speech and semi-rapped screams over a bed of techno, before phasing into “I Am Free,” with Garcia introducing the main hook before Tybor unleashes his furious yells. Garcia’s cleans dominate most of the song, and his take on The Bear is my favorite incarnation yet. His clean vocals carry a tinge of Warped Tour Emo, especially similar to Tooth & Nail legends Emery (also reinforced by the layered cleans and screams throughout the album). The use of vocal effects is blatant, but combined with the aggressive dance-pop synths, the overall effect is very fitting. The song, and indeed, much of the album, is all over the place, but it’s clear that is by design. “Andrea” glitches and pulses along on a foundation of electronics that are equal parts happy and angry (wait for the techno breakdown before the chorus). The Bear’s hook is somewhat lacking, but The Bunny’s screams give the song an edge, and the end result isn’t too far from Skrillex with Sonny’s old FFTL vocals.

“Ignoring Responsibilities” is the first of several interludes featuring shouted admonitions over background electronics, fading into lead single “Love Lies,” a blitzkrieg of 80s synths and throat-shredding screams from Tybor, as well as some gorgeous falsetto from Garcia. This is one of the heavier tracks here, but it’s also got one of the strongest hooks. The chorus is unfairly catchy, and the intense metalcore bridge should please old-school TBTB fans. “Wait And See” follows with squealing major key electronics paired to a hardcore pop-punk chug and Tybor’s eclectic screams and shouts. The chorus is slow and triumphant, and the second pass adds an extra layer of clean vocals that would sound at home in arenas worldwide. The band wisely return to this chorus frequently, and it’s massive. If this isn’t a single, someone at the label needs a stern talking to. “Second Hand Smoke” continues the wave of excellence with a key-and-string driven waltz. Garcia’s cleans are overflowing with emotion, and Tybor’s abrasive background screams add to the song rather than distract. It’s dark, but it’s also the prettiest song TBTB have ever written (and I have to applaud the audacity of writing a song you can slow dance to while screaming like a lunatic).

“Caress” limps along a bit during the verses, which drop out into echoing vocals and minimal electronics and guitars, but the chorus hook is dynamite. It’s cliché, especially the vocal rhythm, but it still works. “Bloody Mary” is another interlude, this time pairing shouts with what could pass as yoga meditation music, which makes the opening attack of “Bloody Lip” even more jarring. Opposite to the sparseness of “Caress,” “Bloody Lip” is too noisy, making it hard to pick out the pieces of the song amid the chaos. That said, once again Garcia’s clean hook is infectious, and the kitchen sink electronic breakdowns are pleasingly heavy, although entirely too brief. “Heart With A Hole” is the first real miss. Tybor’s shout-screams are not his strong point, and Garcia’s angelic background cleans can’t rescue the song despite his best efforts. “Last Call” is the final interlude, with spartan plinking keys and more monotonous shouting. Final track “Revisiting Romance” builds on that piano line, but not enough. It starts to sound promising when the synths rise around a minute in, but Tybor’s shouted background vocals at the climax derail the atmosphere the song manages to build, and the lack of urgency or hook just flatlines the tune entirely.

The Way We Rust is the most fun The Bunny The Bear album yet, and how you feel about that word being used in conjunction with one of the scene’s strangest bands will likely determine how you feel about the album. It’s still unmistakably TBTB, with more focus on electronics than ever before (Mindless Self Indulgence stands out front and center as a primary influence), but it’s Joseph Garcia’s knack for a sweet vocal hook that elevates this above their previous releases. There’s still some head-scratching moments and a distinct disregard for accessibility, but it wouldn’t be The Bunny The Bear without those elements, so take it at happily deranged face value and you should find a lot to enjoy, especially in the second act. 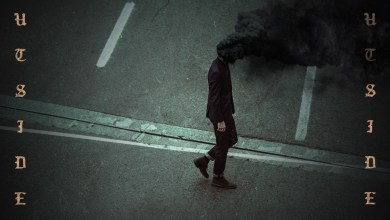 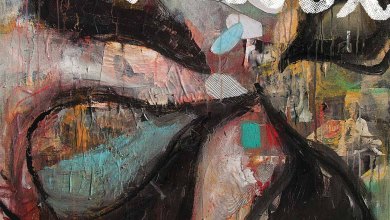 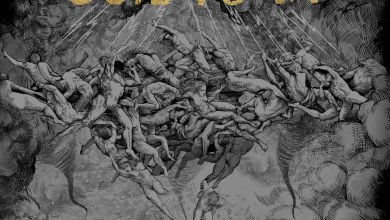