Metal band DevilDriver have been plugging away for a decade and a half now, and they’ve established themselves as a formidable band, but have never hit the level of success they deserve. Hopefully, their seventh album, Trust No One, will be the leap they need to hit the next level.

DevilDriver don’t really fit into any subgenre of metal. They’re up front and heavy, adapting elements from multiple styles, but they never let those pieces overwhelm the whole. This makes them one of the most accessible metal bands around, while also making it hard for them to carve out a fanbase that appreciates every song and album. Trust No One certainly sticks with that format, relying on shouts and screams, double-kick work, occasional symphonic elements, but mostly just pounding, simple riffs, and those riffs are too good to neglect. Guitarists Mike Spreitzer and Neil Tieman are the rock this band is built on, and they carry this album admirably. Also of note is frontman Dez Fafara, who is also the frontman of industrial band Coal Chamber. His voice is fairly plain, as far as metal vocalists go (his screams aren’t as brutal as many others, often slipping into more of a spoken-word shout), but it’s also fine-tuned and precise. There is not a note or influence present that isn’t exactly what he intends to deliver, and that mechanical reliability gives the album an extra boost.

Opening track “Testimony Of Truth” features some fun guitar runs, not quite venturing into Killswitch Engage’s patented thrash-n’-chug territory, but coming awful close. There is also an excellent, classical inspired harmonized solo that takes the lead riff motif and modifies it just enough so it remains familiar while also offering a fresh take. Following tune “Bad Deeds” is a bit angrier, with a riff that’s, dare I say it, very radio friendly – although Dez’s vocals are certainly not. It comes across like a blend of Slipknot and Static-X, which is surprisingly close to Coal Chamber territory, but it’s also just really damn good. Who needs to innovate when you can put together a crash course on what works? The abrupt ending also catches the ear and primes it for “My Night Sky,” which at first seems like it is aiming for dark, sinister ballad, but the simmering intro boils over into a sludgy, dark verse and a fist-pumping chorus. I would be shocked if this song doesn’t feature tons of synchronized headbanging live.

“This Deception” enters on a buzzing, fly-like background hum and a piano interlude before breaking into one of the thrashiest songs here. Fafara amps up the vocal aggression, rolling his screams till it sounds like he’s gargling gravel, and it works. “Above It All” carries an almost middle eastern feel to the riff. Combined with metal, it actually reminds me of a heavier Disturbed, which in this case is a compliment. The choppy vocal rhythm stands out as well, helping the song stand out. “Daybreak” is the album highlight, with a layered riff and venomous vocal delivery through the verses, but the chorus is just fucking huge, with a simple scale-based lead riff and understated but utterly vital drums with a tricky offbeat rhythm. The end result is very reminiscent of Lamb Of God. This is the type of song that breaks bands, and the band were very wise to pick this as the lead single. Title track “Trust No One” is also quite excellent, with a killer double kick pattern propelling the racing guitars, one following a chugging line and the other delving into thrash elements.

“Feeling Ungodly” wastes no time going for the throat. It intentionally eschews predictable riffs, weaving through multiple chugging patterns. The Slipknot vibe is strong here again, but Slipknot as they were on their least-accessible cuts off Iowa. “Retribution” is fast and heavy, but also the first utterly forgettable song on Trust No One. Closing track “For What It’s Worth” teases the traditional “soft finale song” with its intro but not for long. The song fails to build on that fake-out, however, and never finds a real groove.

Trust No One is probably the safety album DevilDriver have ever released. It’s simple and straight-forward, almost to a fault, but the delivery is superb. If you’re looking for a solid, reliable metal album without many surprises, Trust No One should do the trick. 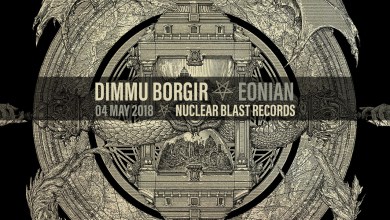 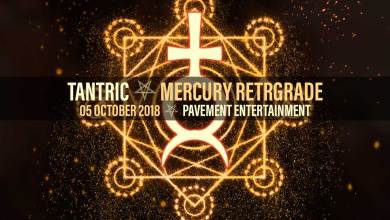