Review: Kicking off the summer festival wave @ Welcome to Rockville 2019

Sun, sweat and rain – the three things anyone who ever visited Florida experienced first-hand, that’s what welcomed us to Rockville, too. Mix that with a packed area near the home of the Jacksonville Jaguars and a lot of quality (not just) metal music and you have a recipe for Welcome to Rockville.

The 2019 edition took place over the weekend of May 3rd – May 5th and the weather in the area was a little bit on the edge of bearable heat and sun intensity for that time of the year. Rockville rocked the weekend on 3 stages this year, with the main – Monster stage – facing the Ferris wheel on the parking lot (aka main standing area), which beautifully illuminated the night sky with colorful LED lighting during the evening shows as the electrified crowds cheered on their favorite artists.

Day 1 kicked off on Monster stage with the up & coming sensation called Dirty Honey – an LA quartet whose style & music pay homage to the likes of Aerosmith or Guns’n’Roses. These guys are definitely worth a listen and I’m fairly sure, with the recent wave of new artists bringing back the music nostalgia to the mainstream stages, we’ll hear of them again very soon.

Another interesting show in the early line-up was the Australian rock piece that goes by the name Hands like Houses. These guys have been around for a little over 10 years now and I feel a bit sad not to have heard of them earlier. The sheer amount of energy and strong stage presence captivated me and I became an instant fan. If you’re a fan of heavy riffs, quality showmanship and captivating energy, make sure to check them out!

One would say, after this much excitement and energy, whoever comes next would have a tough time following that energy flow. Well, welcome to the stage, Mr. Tom Morello. The RATM, Audioslave & Prophets of Rage guitar legend has gone solo after another hot minute and brought his latest eclectic collection of songs with him. He managed to captivate the audience with his new music, but the best part of the show was definitely the Audioslave-RATM song medley of his most famous riffs, with a beautiful rendition of Like a Stone sung by the entire audience, as the sun slowly started to set on Jacksonville that day. A truly captivating performance and one of the highlights of the day for me, for sure.

Soon after, Killswitch Engage took the 2nd stage of the festival grounds and after a first song, their set has been cut by the festival organizers due to the severe weather warning. Ironically, it was almost time for the Day 1 headliners to come up, right after Killswitch’s set, but that was delayed until later that night. Unfortunately, our crew couldn’t make it back for Chevelle or Evanescence or Korn that night, but given their usual headliner qualities, it was surely a spectacle.

But here we were again, at day 2 of the Welcome to Rockville experience. After a series of opening acts, we parked ourselves in front of Tremonti, practically a local band (from Orlando) who came to the 2nd stage to a roar of cheers from the band’s supporters. Mark Tremonti, a veteran of rock & metal scene, famous for his work in Creed and Alter Bridge brought his solo act to the hot Floridian afternoon and he delivered. Crowd was wild and ecstatic and the band seemed to feed off that energy, delivering a very high-quality experience for the concertgoers.

A few moments after Mark & co concluded their set and bowed to a cheering audience, Zakk Wylde & his bandmates in Black Label Society took the main stage by a storm – a heavy metal storm. To sum the experience up, as much can be written about the artists and their performance, the crowd went wild and the band delivered. Too bad it was only a short afternoon set.

While the BLS tore up the main stage with their epic performance, the 2nd festival stage started to get set for Skillet. These guys brought their A-game to Florida with a set consisting of now-cult classics, a new tune & announcement of a new record and some fan-favorites, closing with the heavy riffs of my personal favorite – The Resistance. The crowd cheered on, sang and crowd surfed, with the band clearly enjoying themselves on stage, feeding off of audience’s energy.

Next up was In This Moment. An elaborate stage setup paired with a slightly later start to the show didn’t leave the fans any less excited for what was about to come. The band gave a commendable performance, considering the scorching hot weather and direct sunlight facing the stage (with each member wearing their respective costumes which seem to be set for a much cooler environment).

The hometown heroes from Shinedown took the stage shortly after, bringing home their 20th anniversary show and to me, it felt like I’m back in 2012, mainly because the show changed very little since the last time, I saw the band. And while the performance has been amazing and songs were on point, I managed to find myself a bit disappointed with the fact that I’ve seen this show (for the most part) before and not even the fireworks at the very end managed to captivate me much, this time.

Now, what can be said about Judas Priest that hasn’t been said before? Was their performance epic? Yes. Has Rob Halford delivered and hit all the right notes & captivated the audience with his showmanship? You bet. Did you miss out on not seeing them live? For sure! Need I say more? Yes – go see them live, with Ozzy, on the next tour.

And here we are, at the end of Day 2 and who better to close the night than Mr. Zombie himself. Rob, Piggy D & John5 brought an epic ending to the perfect Florida night, leaving fans stunned with the amazing performance, visuals and even a trailer for his upcoming movie (not to mention the alien – because Everybody’s Fucking in a UFO). The show closed with fan-favorite – “Dragula”, and the crowd was beyond ecstatic with every passing moment, hoping the show could perhaps last a little bit longer. 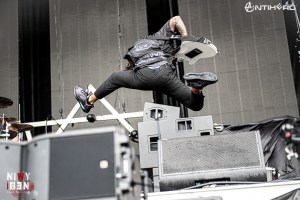 Day 3 began on a wet note, with severe weather passing through the area, which resulted in a significant delay of the festival start and cancellation of some of the early bands. We managed to get in right before the start of Fever333’s set and I was very happy we got to get in just in time for this particular set. The three-piece consists of seasoned industry veterans giving their own fresh perspective on the serious issues, with an angst-driven and energetic performance. Fairly easily dubbed the most energetic act of Day 3, the band’s frontman Jason Aalon Butler is an amazing performer, a true stage presence and a force to be reckoned with. Jason was especially a source of headache for the security, as he jumped around quite dangerously on the wet Monster stage and then took a stroll amongst the fans, which he topped off by crowd surfing on top of the audience. Their performance left many people in awe and they are definitely ones to look out for all around the globe. Especially their shows in smaller venues tend to get pretty wild (consider yourself warned). 🙂

Another act our crew caught that day were The Struts. Not knowing the band’s repertoire, I’ve quickly picked up on several of their tunes, as they are quite catchy and fans went wild when the band started to play. The band’s singer, Luke Spiller, is a very energetic persona and at times he seemed to emulate the stage presence and persona of the late Freddie Mercury. So, for all the nostalgia-craving rockers, this act’s definitely not the one to miss during their next headline show or festival appearance.

I have to take a moment here & acknowledge Meshuggah for what they brought to the smallest festival stage as a headlining act for Day 3. The sheer amount of rowdy metalheads, crowd surfing and moshing constantly throughout the show has been a sight to see. Not to mention that being the only show where, at the same time, you could see a crowd surfing Santa, a crowd-surfing Spiderman, not to mention heaps of crowd surfing half-naked women, with only tape or pasties covering their private parts. The show was wild & heavy and ended on a high note.

Stage number 2 has then seen the untamable force of Papa Roach. The band has only recently returned to the US from their European run with Nothing More and you could barely tell they just spent several weeks on the road travelling the old continent. The show had everything – energy, emotions and 10000 people screaming every lyric at the band during the whole show. Papa Roach delivered on every expectation and made their show with a nice Floridian sunset a wonderful experience.

The Monster stage then hosted Bring Me the Horizon. The band kicked off their 2nd Base Tour for the current record, Amo, and it came with an elaborate stage setup and a dance troupe. The show was energetic from start to finish, with a nice little interactive intro for Mantra, which stated that what the audience were about to witness is a true spiritual experience – and it was, from start to finish. The whole set, consisting of songs old & new, took us all on a rollercoaster of emotions, even with the digital projection of Dani Filth during the performance of Wonderful Life. The set concluded with the song Throne and personally it left me wanting more, but alas, it was time to hand it over to Incubus on stage 2.

And only then came the festivals main act – Tool. The comeback of a legend, with 2 new fresh songs has been a spectacle for many. Unfortunately, the band chose not to visualize the band on the screens around the stage, so for the people that were standing a little more in the back the show was more about the sound than what was happening on stage. Tool performance is definitely not for everyone (especially the photographers) and we saw quite a sizeable number of audience members leaving the festival grounds after a first few songs, because the whole performance was quite specific.

All-in-all, this has been an amazing experience and the festival organizers, along with the whole crew and all the participating local businesses deserve a nod of approval. Welcome to Rockville definitely delivered in 2019 and here’s hoping for an even better 2020. 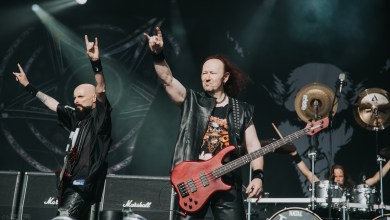 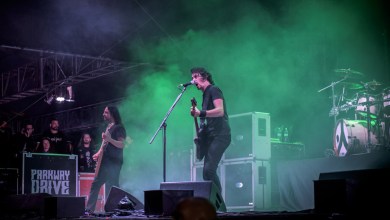 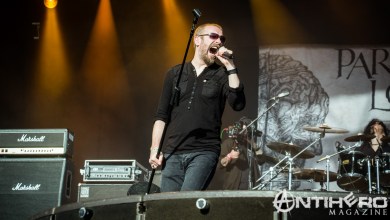