There are two kinds of Dope fans: you know every song, or you sort of remember “Die Motherfucker Die.” I fall squarely into the latter camp. I’m sure I have heard most of their albums before at one time or another, but nothing ever quite stuck, so I wasn’t expecting much of Blood Money, their first new album in seven years. The lengthy hiatus, the reunion with fan-favorite previous members, and even the gore-and-sex appeal album art made me think this was going to be a chore to listen to. What could Dope possibly add that they hadn’t already?

The answer? Not much, but the way they package it is enough to deliver one of the best rock & roll albums in recent memory.

The title track sets the tone with a pounding riff and a punchy snare pattern carrying the huge build to the first verse, which finds the band mixing orchestral additions and robotic roars from frontman Edsel Dope. The chorus features jarring guttural grunts from Edsel and the addition of a shimmering digital choir over it all. The band combine a djent riff and electronic melody on the bridge, and it seems gimmicky until the demonic scream comes in to add the missing piece. It’s all very melodramatic and over-the-top, but damn if it doesn’t work. “Shoulda Known Better” immediately shifts into sharp guitar licks and throaty bass, then tosses on some horror movie synths for good measure. The verse is all chugs and swing drums, and the Michael Jackson-esque “woos!” not only work, they’re the catchiest thing on the album. The chorus is appropriately nasty and simple, the perfect payoff from the verse groove. The vocal effects feel a little thick at times, but they fit the style of song perfectly, a sort of industrial take on HIM. “Lexipro” is technically an interlude, but it deserves special mention for being an interlude that adds to the album instead of distracting from it. Ambient noise and a dark piano line lead to a minimal vocal melody that sounds like a nod to Pink Floyd. “Hold On” bursts out after the breather, and immediately charges into thrash territory headfirst. Drummer Ricci Shay (Murderdolls) and guitarist Virus (Device) turn in their best Bullet For My Valentine impression, and the duo absolutely nail the sound. It’s thoroughly unoriginal, but it’s too good to care. “1999” has a strong grinding but fun Powerman 5000 style riff and a cliché but catchy chorus with an excellent descending scale riff and whip-crack sharp drumming. As a live song, this is sure to be one of the most energetic tunes of the night.

“Razorblade Butterfly” doesn’t even try to not be cheesy, but the creeping chorus bass riff is an instant winner, with a groove equal parts goth metal and Korn. “Drug Music” starts strong with a hell of a building riff and a verse that would do Slipknot proud, but the overly autotuned chorus throws all that momentum hard. If you can stomach the chorus, the rest of the song is excellent. “A New Low” has a pretty generic verse, but it does generic well, and the chorus is another HUGE thrash/power metal rocker, and it’s the best chorus of the album, with a guaranteed fist-pumping soaring melody and wild guitar heroics aplenty. It sounds exactly like Bullet For My Valentine did 10 years ago, so once again low marks for originality, but who cares when a song is this good? “Hypocrite” starts off with some vicious growls from Edsel and a very industrial beat. The chorus feels like it should be annoying, with a drawling semi-rap vocal, but once again it fits the song, which has some of the album’s best guitar licks tucked away amid the intentional weirdness.

“X-Hale” is a more standard interlude, although it’s suitably stifling. “End Of The World” is easily the album’s riskiest song, and even though I like it, a lot of people may find it unlistenable. The verse is hooky enough to headbang to, but it’s the chorus that defines the song. The band shift into full dubstep mode, and coming this late in an album that’s already very eclectic, it works and works well, at least for me. If you can stand the chorus, this song is great, especially the blend of dubstep and djent they throw into the bridge. “Selfish” was released over two years ago as a standalone track, but it’s a welcome inclusion here. The song is pure Static-X worship, but the slinky guitar riff sounds like it’s nicked from Velvet Revolver, and the chorus is a simple shout-along, but once again Dope prove they can master any style they decide to incorporate. Aside from “Numb,” anyway. The orchestral elements come back to accompany an electronic melody, while the over-processed vocals drone and irritate instead of adding atmosphere. I can see what the song is trying to do, but it fails in every way “End Of The World” succeeded. Closer “Violet” is a great comeback, starting off almost like a snotty punk song. The chorus shifts into a roaring singalong that is about as subtle as throwing a brick, but it’s the perfect counterpoint to the cheery, triumphant verses. The contrast just highlights the earnest, melodramatic yowls of “Go on, take everything, take everything, I want you to!” in the chorus; it wouldn’t work in many other songs, but here it’s perfect. It’s high energy, it’s emotional, and the bombastic nature is how a finale should feel, bringing the album to a perfect conclusion.

Nothing about Blood Money should work the way it does. The album is packed to the gills with gimmicks, shamelessly copies the sound of their influences, forces together genres that rarely if ever belong together, and is all over the place stylistically. The flaws are glaring, but they’re also unapologetic. This is the record they wanted to make, and you can hear the love they poured into it with every song, even when they don’t quite work. The freedom Dope found from wearing those flaws turns this from a chaotic mess of an album into a chaotic mess of a must-own album. You won’t find any deeper meaning or stunning technique here, but you will find a whole lot of A+ rock songs. 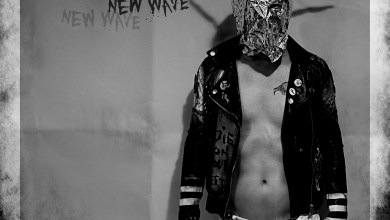 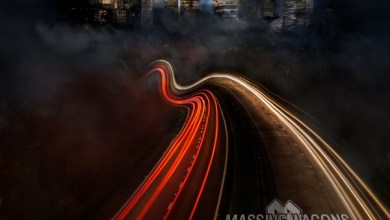