IN OUR WAKE IS THE LUCKY NUMBER SEVEN FOR ATREYU 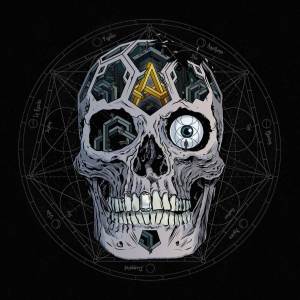 For the band ATREYU, 2018 marks another milestone in their journey as a rock band with the release of In Our Wake from Spinefarm Records. In Our Wake is the band’s Lucky #7 and is in every sense of the definition of what the number 7 entails. The number 7 is the number of divine perfection. There are 7 Wonders of the World, 7 colors in the rainbow, 7 days of the week, 7 continents, 7 seas,7 deadly sins, and 7 planets. You get my drift here?

No surprise, the number 7 is also equated with evolution or growth which is exactly what this record from ATREYU signifies for the band. Within the 12 tracks are powerful chords, blissful bass lines, triumphant percussion, progressive vocals which are all mixed up in not so random orders creating probably the best work ATREYU has ever done. The band has rewritten their destiny with In Our Wake and they leave behind what the skeptics and those that rolled their eyes when the band made a comeback in 2014.

Record number 7 is the rejuvenation of five musicians that by listening that they have thrown themselves into; literally. Their growth, their personal evolution, and the mastery of why they started the band in 1998. Listen with me, track by track as you listen to ATREYU rise with this seventh album clamped tightly in the talons…ready? Here we go!

There ya have it my Lovelies! That’s the skinny on In Our Wake from ATREYU! I can’t tell you enough how this band has excelled and grown to become the pros they are now. Go back and listen to Suicide Notes & Butterfly Kisses and you can hear what we hear now just wanting to bust out from that cocoon. Sixteen years later with In Our Wake, there are life-lessons, understood emotions that were misunderstood before, questions that are closer to being answered, and a rise of confidence that only comes with the grind experienced by the spiritual beings having a human experience that ATREYU is having.

Congrats to the whole band and all those involved with In Our Wake. For any fan of rock music that wants a familiarity in a band that just hangs out in the distance while birthing a completely new essence in a band, ATREYU is the band you’re looking for and the only thing left in their wake are the things they released in the process of creating this record.

Pick it up in a pre-order or mark your calendars to pull it down from any online music retailer on October 12th!

Til Next Time – MLMR – Cherri

Album Review: INTO THE GREAT DIVIDE – Into The Great Divide