Kenny Dubman was raised in a house where music played all the time, and it was his mom’s Hendrix and Santana records that etched their way into his psyche…he had to know how to make those sounds. By age 9 he had started guitar lessons, and by 12, had begun to unravel the mysteries of real rock guitar playing on his own, courtesy of Ace Frehley on the first Kiss Alive album. Ace was playing the Jimmy Page licks…but he played them slowly and methodically enough for a kid to digest and be able to repeat them, albeit clumsily at first. Over time, the pentatonic scale layout of the neck revealed itself, and he was off to the races, never looking back.

By Kenny’s senior year in high school, he had joined a newly minted band called Prophet with a bunch of Jersey guys several years his senior. They busted their asses learning progressive rock covers by Kansas, Yes, Rush, Genesis, Pink Floyd….as well as hard rock like Scorpions, Van Halen, Sabbath, and AC/DC. By 1982, Prophet was one of the kings of the NJ club band circuit, playing 5 nights per week to packed houses all over the tri-state area. In 1985, Prophet would release the first of their 3 albums; the self-titled “Prophet” (1985), followed by “Cycle Of The Moon” (1988), and “Recycled” (1991). All records met with critical acclaim, yet Prophet would never rise above cult following status…a following which still remains today.
A few original music projects followed in the early 90s, but he was growing weary of the music business and all of its fickle whims. He lost his passion for creating and trying to forge ahead and channeled those passions elsewhere.

In 2013, Kenny found himself at an all-time low, having gone through quite a few years of real trauma in his personal life. He had finally shed all his baggage, and was slowly regaining himself and learning to stand again…gradually finding his footing. It was during this period that he stumbled on to an album that would set the course for a whole new musical re-birth for him…”The Whippoorwill” by Blackberry Smoke. Just happened to click on it by chance one day while looking for an album to play while at work. A year later, he was still listening to the whole record every day. A few months after that, song ideas that he thought were worth capturing started to appear for the first time in years. And on July 4th, 2016, Kenny released “Reckless Abandon”, his very first 100% solo record. And THAT…is where this awesome journey started for the second time…and he’ll never look back again.

Well, I’m a solo artist. I do have a set bunch of guys that I record and play live with, but they’re all involved in other projects as well, which is pretty typical now. I’ve known these cats for years, played with them all separately in various bands over the years, and they are all the best of the best.  Dave DiPietro, my co-lead guitarist, was in a NJ band called TT Quick during the ’80s and early ’90s…they played the same circuit as my old band Prophet, and we were all friends. Rob Clores on keys is a full-time NYC guy that’s played with The Black Crowes, Jesse Malin, and many other noteworthy artists; he’s really just entered my sphere over the past year and a half or so. Eric Winnicki on bass played with me in a blues cover band called Rocket 88. And believe it or not, I met my drummer Joe Bellia playing with him in a wedding band in the early 90s. He was so good that I told him he was going to be the drummer on my first solo album…and he was, albeit some 20 plus years later, lol! As far as songwriting and arranging, I do it all myself on an acoustic guitar, alone with my 4 walls.

Again, I put my records out under just my name as a solo artist, however, the name I use for live shows is Kenny Dubman and the Conspiracy Theory. I chose that name for the band because these days, so much is labeled conspiracy theory and ends up turning out to be true. There’s a saying lately… ”what’s the difference between a conspiracy theory and the truth? About 6 months.” Though that time frame seems to shrink all the time now.

Holy shit, that’s a biggie. OK, growing up, I had a ton, but the common thread through all of them was ripping guitar playing. The first two guys to grab my ear were Hendrix and Santana because my mom was a big fan and cranked those records around the house all the time. From there, I moved on to Johnny Winter, Rick Derringer, The Rolling Stones (with Mick Taylor specifically), UFO, Black Sabbath, Queen, Rush, Yes, Kansas, Pink Floyd, Frank Marino, and Mahogany Rush…and then, of course, the first Van Halen album came out in 1978 and changed everything!! The 80s spawned some guys that were just incredible; George Lynch, Warren DiMartini, John Sykes, Randy Rhoades, Joe Satriani…then into the 90s, Warren Haynes and Audley Freed were huge…all of them impacted me to some degree. As far as albums, there are several that stick with me to this day. Get Your Ya Yas Out by the Stones, Captured Live by Johnny Winter, Pink Floyd’s Wish You Were Here and Animals, Force It by UFO, Made In Japan by Deep Purple, the first 4 Kansas albums are just insanely fantastic…Ozzy’s Diary Of A Madman, Badland’s first album, Blue Murder’s first album, Cry Of Love’s first album is one of the best blues/rock albums ever made. Then I discovered Blackberry Smoke’s The Whippoorwill in 2013, and that started me writing songs again for the first time in 23 years. Jump started the path I’ve been on since then.

Well, the first song I EVER recorded was some Prophet demo back in the early ’80s; I really couldn’t tell ya. But the first song I recorded for Conflicted, the new record, was “Old Dog”. As far as the inspiration, I was probably pissed off about something that day…maybe it was something I read or a story I’d heard about an underdog getting fucked over, yet again…so it inspired a message…that if you keep kicking someone or antagonizing them repeatedly…no matter how timid or weak they may appear, sooner or later they’re gonna give you what you’ve got coming…either face to face with fists, or with a baseball bat when you’re not looking. So don’t fuck with people, that’s the message haha!

My new album, Conflicted, is set for a late April/Early May release. The first single, “Old Dog” (featuring Charlie Starr from Blackberry Smoke on lead guitar) is currently out. 2 more singles will follow in mid-March and mid-April, then the full album as mentioned earlier. Stylistically, I’d say Conflicted is guitar-driven hard rock, with southern/Americana leanings. In addition to Charlie Starr guesting on “Old Dog”, I also have old pals Zakk Wylde (lead on “Cruelest Of Them All) and Scotti Hill (lead on “Winter Wind”) making appearances. I’ve known these dudes since the mid 80’s when we all played on the same NJ circuit. All three of these guys are absolute sweethearts and I’m thrilled to have them!

I have a local college station here in NJ (USA), 90.5 The Night, where I hear artists that would never get played on mainstream radio…you can stream it anywhere in the world and I highly recommend it to anyone reading this. Granted, a lot of what’s played may not appeal to you, but some will, and it’s a great way to find new artists. Just Google it and go to their website. Another way I find new artists is Instagram, it’s a great source. I’m listening to The Steel Woods, Blackberry Smoke, Morgan Wade, Larkin Poe, and some lesser-knowns….Sarah Rogo, The Danielle Nicole Band, and Justin Cody Fox to name a few. My taste runs southern/bluesy.

I’m psyched to release this record, of course! Next up is to get out and play wherever they’ll have me! Also I…thinking about a “one-off” song release in late summer with a video….I have a song in mind and I’m certain you all are gonna totally love it! 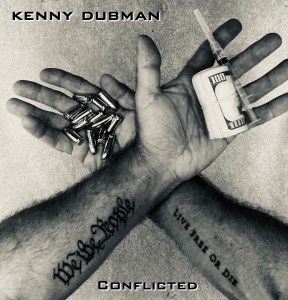 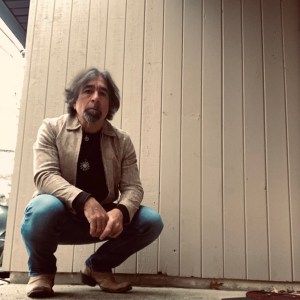