Our guitarist Buddy Crump and drummer Melanie Jo started the project in late 2020/early 2021. The two of them jammed together a lot and would write a lot of riffs and song ideas. They had the goal of expanding into a four-piece band and started working on it at the beginning of 2021. They had seen Christian Powers (vocals) in his previous band, Kapowski, and decided he would be a great fit for the project. Christian knew me (Jon Ward) from previous bands we had done together. Christian introduced them to me and brought me in as a bass player, rounding out the four-piece. The group has been active in its current form for about one year, originally under the name Danger Bird. The name was changed to Fortune Child on January 1st to go along with the new year.

As a band based in Jacksonville, FL, we have a deep respect for the lineage of blues and southern rock that has come out of the area, especially bands like Lynyrd Skynyrd and the Allman Brothers Band. With our music, we hope to capture in our own way some of the North Florida magic that made those bands so great.

1. What brought the band together?

Guitarist Buddy Crump and drummer Melanie Jo spent time writing as a duo, and wanted to expand to a four piece. They met the other two members through the Jacksonville music scene and thought they would make the right fit – so Christian Powers (vocals) and Jon Ward (bass) were brought in to round out the four piece.

Originally, “Fortune Child” was kind of a joke, poking fun at people who got things without working for them, rich kids. But one day we started thinking of that phrase differently, in a more spiritual way, and it seemed to represent everybody in the world is a “child of fortune” – all of us being connected to a universal source of well being and good luck if we learn how to tap into it. Ever since then, the original joke meaning sort of fell away and the name took on a lot more meaning for us. That’s when we decided on it as a band name.

I think all of us in Fortune Child grew up with two big musical influences in common – the vintage, classic rock of Led Zeppelin, Jimi Hendrix, Lynyrd Skynyrd, Free, and so on, and the beloved 90’s and 2000’s rock that was big when we were growing up – Soundgarden, Rage Against the Machine, Audioslave, Tool, The Mars Volta, etc. Those two threads guided all of us coming up, and merge in a unique way in the Fortune Child sound.

4. What was the first song you recorded? Why did you choose THAT song? What was the inspiration through mastering experience?

The first recording project we did was a “Danger Bird” Demo EP in March 2021. Those recordings aren’t still online, as we’ve chosen to replace them with our new material instead. However, I think the first song we recorded was the original demo version of “The Way” – a song that is still on the new album in its finished form! We use that song to start a lot of things – shows, recording sessions, and the album – because I think we find that it makes a great tone-setter. Everyone comes in fully right at the top, and it gets things rolling right away. The demo version of the song was recorded at a great studio in Elkton, FL called NFS Ranch. We mixed it ourselves and had it mastered by Jim DeVito, who ended up being our main engineer when we first recorded the new album. The demo version came out well for what it was, and gave us material to work with for a while. But, once, we recorded the new version of the song, we liked it so much better that we decided to replace the old one.

Our newest single, “Tie The Line,” releases on February 18 and is the third single from our new full length album “Close To The Sun.” It’s one of the most dynamic and unique songs on the record, with an open, mysterious intro that builds to a big, heavy rock climax. It will also be available in Dolby Atmos, something we are especially excited about. It’s our last single release before the full album comes out on March 1. We are really looking forward to letting everyone hear the full record soon.

There is a movement happening right now that some people are calling the “classic rock revival” – bands like Dirty Honey, Greta Van Fleet, and Rival Sons, to name a few. We are excited to see this style of rock and roll from the ’60s and ’70s that we love starting to gain a lot of traction again in the mainstream.

Our new album is coming out on March 1, and we have several shows booked around Florida over the next couple of months. We are working to get the new record to as many ears as possible, continue growing our fanbase around the southeast and worldwide, and build our way up to doing more extensive tours in the near future. We are already thinking quite a lot about another album, and have lots of material and ideas in mind. We are going full steam ahead and hope to perform and record as much as we can over the next several years or more. 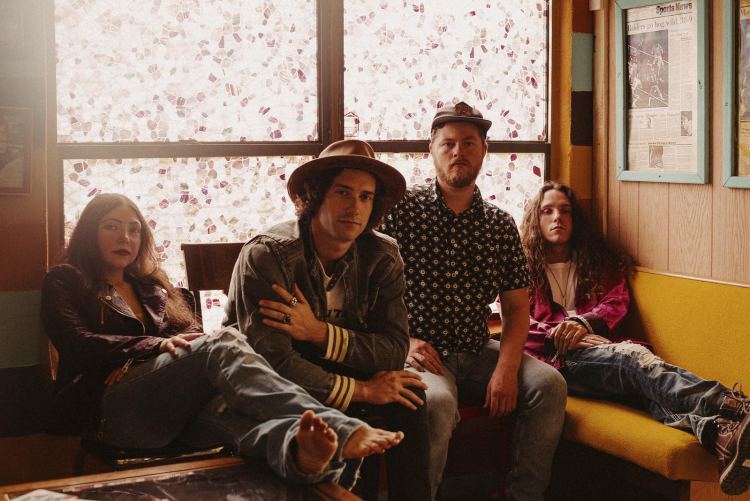