The loss of those closest to us is perhaps one of the hardest of life’s lessons, leaving us to deal with the emotional wounds that linger beneath the surface. In 2010, the tragic death of bassist and co-founder, Paul Gray, left a void in the collective heart of the remaining members of Slipknot, as well as legions of maggots around the world. Six years passed since the release ofAll Hope Is Gone (2008), and with the recent departure of drummer Joey Jordison, many questioned if the band would find a way to overcome the absence of two of its key members.

With the release of their fifth studio album, .5: The Gray Chapter, Slipknot is back with a vengeance and prepared to unleash hell on earth. The album is filled with the angst and brutality that has defined ‘the Knot’, but with an artistic maturity that only comes through the passage of time. Described by the band as a cross between Iowa (2001) and 2004’s Vol. 3 (The Subliminal Verses), the album has elements from both while pushing the creative boundaries of past albums into new territory. This latest effort expands on the bands unique sound and moves beyond previous albums on many levels, while still returning to embrace the heavy fucking metal that launched them onto the world-stage. There is an unmistakable darkness inherent in the songs as the group leverages its cumulative creativity to work through the emotional turbulence that has been raging within each member for the past several years.

Slipknot has already given the world a taste of what is in store with the release of two cuts off of .5: The Gray Chapter. The first was ‘The Negative One’, which features the classic Slipknot low-end head stomp, with samples and scratches in the mix, giving this track the signature ‘Knot sound. The drumming is exceptional and the bass is strong in the mix. And although the band has not officially revealed the identity of its new drummer and bassist, the newcomers keep pace with what fans have come to expect from this group. The other glimpse into the new material is ‘The Devil In I’ which is the fourth track on the album, and features more of the melodic side of Corey Taylor’s vocal abilities.

[pullquote]‘With my face against the floor…I can’t see who knocked me out of the way…I don’t want to get back up…but I have to…So it might as well be today…’[/pullquote]The intro track ‘XIX’ is the quiet before the storm, with an eerie droning organ laying the foundation of the soundtrack for Slipknot’s dark new vision. Taylor speaks softly at the beginning, ‘this song is not for the living…this song is for the dead’, and then begins a lamentful, vocal layer on top of the dark drone of the organ:

‘XIX’ serves as a prelude for what comes next. The song ends abruptly, however the ambient sounds flow into the second track, ‘Sarcastrophe’, with some samples that reinforce the melodic theme introduced in the first track. This ambient sound gives way to a fast and heavy riff that has the signature Slipknot percussive stomp that will get the blood pumping, giving us the first glimpse into the impressive technique of the new drummer. The next track, ‘AOV‘, starts out of the gate with a blast-beat thrash riff which blends effortlessly with a half-time double kick drum feel of the verse sections. The chorus balances the aggression of the previous verses with layered melodic vocals.

The album is not without its inconsistent moments, and there are a few ‘lighter’ tracks, like the sorrowful ‘Goodbye’ which starts slow but gets chunky halfway through and features some tasty shreds from guitarist Jim Root. Similarly, the album ends with a slower track, ‘If Rain Is What You Want’, which starts at the softer end of the sonic spectrum and builds to a crescendo before dropping out and fading into black. However, in between these quieter moments there are plenty of tracks that are full of the energy and the aggression that fans have come to expect, like ‘Skeptic’ and ‘Custer’, which are a couple of my favorites at the moment. Clocking in at over an hour of great music, the diversity of tracks should appeal to Slipknot fans that have waited six years for this album to arrive. 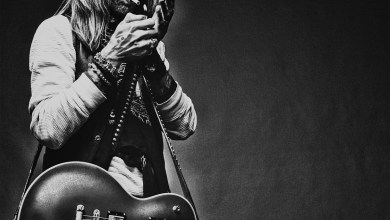 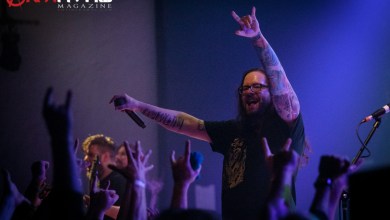 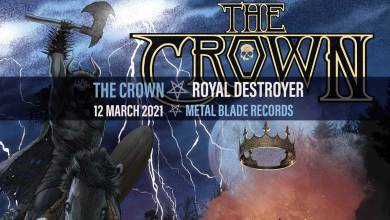