When Doc Coyle announced he was working on a new project, Vagus Nerve, and funding it through Kickstarter, a lot of people paid attention. It could have been from his time in the band he started God Forbid, or his time helping out other bands like Unearth, or even more recently his cover band in L.A. and his other ongoing gig with Meytal. It was easy to see why even before the music was public, the public wanted the music.

Well, the crowdfunding worked and we have gotten what can be only called a “hit” record. The two instrumental tracks on the EP are not too long, nor do they detract from the music in any way, shape, or form.  The music speaks for itself in that you can hear them playing shows with Disturbed one night, Killswitch Engage another night and finishing the week opening for three days grace. The EP is exactly the kick in the ass rock radio needs these days.

“Promised Me the World” starts off the song part of the CD, and it is a killer track mixing in the screams with a lot of clean vocals. The clean vocals are highlighted throughout the rest of the EP with the screams being used to highlight or add to a song. While recording the EP they decided to add one bonus acoustic track of another great song on the EP called pull me out and the acoustic version shows off how truly versatile Vagus Nerve can be.

Vagus Nerve is ready for the world and if the world is open to it (they should be), Vagus Nerve will conquer it. This will likely end up in my top 10 albums for the year. 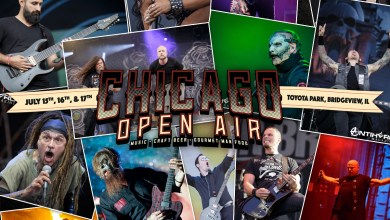