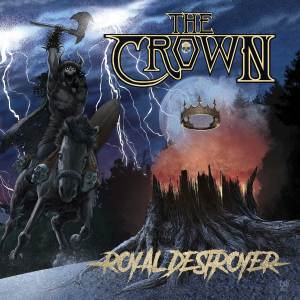 When a person experiences a traumatic event, one’s brain is taken to a very primal state of fight or flight.  Often, these are the moments, the dark night of the soul so to speak, which drive one to seek refuge within that which is fit to provide shelter.  Such a personal fortress can effectively steel the soul.  While some seek such a construct in religion, politics, or other such avenues, music is a viable option for shelter from the storm.  Naturally, the mainstream types, who would never bother to read such an article as this anyway, would argue that Heavy Metal is a radical music, overly stimulating as one elder relative would always insist, subversive even!  They proclaim this music and the culture associated with it promote aggression, hedonism, and values antithetical to Classical Western society!  What is lost on this sort, the type that hide their skeletons neatly in their closets, is that Heavy Metal exists, and indeed persists, like any other style of music from Richard Wagner to The Velvet Underground, for the listener to tap into emotions and thereby revel in a safe place that provides therapy not by stifling, denigrating, or attempting to suppress emotions like that false construct known as society, but by meeting them head-on and with other likeminded individuals.  The point of this lengthy, admittedly hyperbolic diatribe is that The Crown is a band that provides the very purist, organic, source-relevant material via their celebration of what is real about Heavy Metal.  This fact became apparent to me when I reviewed Hell is Here back in ’98, a ravenous debut for the newly adopted band name (The Crown had been Crown of Thorns from 90-98 but had to legally change the name) followed two years later by Deathrace King, the best album to open up the new millennium.  Yes, I do mean the best record that year, and by far.

For those unfortunately unfamiliar with the band’s sound, it is constructed by evoking the raw spirit of animalistic Venom, the reckless abandon of Motorhead’s Rock ‘n Roll oeuvre, and the crushing, blistering Death Metal of classic Morbid Angel.  Sure, there are other elements as well, but those three would be the trinity I think of when trying to describe them to someone.  Truthfully, though, the music speaks far, far louder than any complex theory I could posit.  So, to catch up, The Crown’s last album, Cobra Speed Venom (here is a link to my review: Antihero), a solid effort, was released in 2018.  With the band’s latest, Royal Destroyer, they have upped the ante by just being themselves.

“Baptized in Violence” is the perfect opener for the album.  At a mere 1:18 running time, it is a shot across the bow.  No, it is more like a blitzkrieg attack on a poorly defended town in WWII – a concentrated effort that capitalizes on speed and efficiency.  It also transcends effortlessly into the following track, “Let the Hammering Begin!” a song with just as much fiery intensity.  The real treat is at the 2:51 mark when the band launches into a ground-shaking breakdown, the type to incite the maximum pinnacle of circle pit violence.  I guess one could say The Crown is like the Hatebreed of Extreme Metal – protracted, calculated, and brewed for optimal crowd response.

While Cobra Speed Venom was a great album, this is its superior in terms of production.  The sound the studio was able to get really catches the energy of this band.  After all, this is a band that thrives off playing live.  Magnus’s bass sounds as sublimely dirty and nasty as ever never having to compete with the guitar for elbow room.  Rather, all the members’ contributions sit in the mix comfortably, naturally from the rhythm to the lead guitar tones, both of which retain that classic The Crown sound while taking advantage of modern technology.  As always, the band has a wildly impressive drummer, and as for Johan’s vocals, a buddy of mine said best recently when he commented that “He sounds more like David Vincent than David Vincent ever has”.  I am sure Johan would get a kick out of that.

“Ultra Faust” is the intersection of Speed Metal and Death Metal.  This is exacerbated by the devastating blast beats.  When things begin to get more melodic than one would expect, they throw in the brutality.  Along the way, though, there are quite a few changes as the song travels through the dramatic peaks and valleys.  The fifth track, “Glorious Hades,” kicks off after an ominous beginning and could really be thought of as the outlier of the album.  It deviates from the speed and frenzy by focusing on a very infectious groove (great band name).  Sometimes less is more.  Slower riffs over fast drums were an active motif from this band long before Nergal ever had his Blackened Death Metal epiphany.  It is somewhat reminiscent of some of Hypocrisy’s best songs, though.

The point here is that track for track, riff for riff, note for note, this album pays the highest dividends on that initial investment of Heavy Metal.  The Crown have never tried to be anything other than authentic.  One could even think of them as having been a Swedish anomaly in the ‘90s for while every band was trying to be the next At the Gates or In Flames, The Crown just wanted to pay tribute to the greats that paved the way for all of this, guys like Cronos, Lemmy, and Quorthon.  By being true to that ethos, that original pure Heavy Metal intent, the band has been able to ensure the undiluted quality of its music.  So, chug your beer, light a pentagram in your driveway, and listen to “Scandinavian Satan” on full blast for your neighbors. 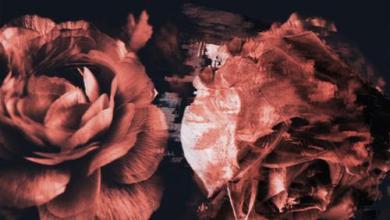 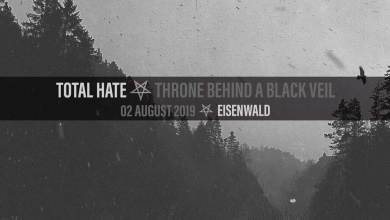