SoCal-based theatrical rock band Sunflower Dead are certainly… different. In fact, the title of their newest album, It’s Time To Get Weird, reveals just how proud the band are of that fact. Sunflower Dead are never afraid to add an unusual twist to common styles, all delivered in their own ever-present horror-themed approach. The result is extremely interesting, but also very uneven, to the point where songs are often made of great elements that just don’t gel into a strong whole.

After a brief intro, “Dance With Death” starts things off strong. The powerhouse riff would feel right at home on a Three Days Grace record, but the surprisingly sunny melody throws you for a loop right off the bat. One of the most prominent elements of It’s Time To Get Weird is the music having a very aggressive, American nu-metal feel, but vocalist Michael del Pizzo aims for a loftier, Euro-power metal vocal style, falling somewhere between the likes of Sonata Arctica and Judas Priest. When the juxtaposition works, and it certainly does on “Dance With Death,” especially during the earworm of a chorus, Sunflower Dead sound amazing. When it doesn’t… well, then we get the title track. It’s anthemic, it’s hooky, and it adds a schlocky horror vibe, but it sounds so much like Disturbed that it becomes distracting. Following track “Just A Little Kiss” has the same problem, due both to the stylistic similarity of the guitars, and del Pizzo’s excessive use of vibrato, something David Draiman also does, but it manages to rise above the similarities by having the best vocal hook of the album. The chorus is HUGE, and destined to be very popular if this gets released as a single.

“You’re Dead To Me” takes a slower, darker riff, but the horror vibe jumps out front and center, and the chorus is even bigger than “Just A Little Kiss.” This chorus is the first time Sunflower Dead sound completely free of comparisons to other bands. It sounds 100% natural and it makes this the best song of the album. “Nothing” does a complete 180, starting with just a piano accompanying a dramatic vocal. The song remains strange and sparse – almost like a sad song from a modern musical – as strings enter, but near the end the full band piles on for an epic ending and they don’t quite stick the landing. This song would be stronger if allowed to remain minimalist, and the powerful guitar solo and roaring vocals seem like overkill. “My Mother Mortis” sounds like it’ll be another slow song before bursting into the best guitar riff of the album, a sludgy beast that creeps and stomps its way into a chorus that, while powerful, drains some of the momentum by discarding that menacing riff for an operatic, melodramatic, and sadly pace-killing chorus. “I’ll Burn It” rolls along on a very industrial beat, some excellent snarled vocals on the pre-chorus, and has a killer guitar solo, but it also has one of the cheesiest choruses I’ve heard this year, and completely squanders the song’s potential.

“The Rain” continues Sunflower Dead‘s woes with getting half a song right. The squealing, Zakk Wydle-inspired verse riff is brilliant, and the sinister verses manage to be dark but still perfect for radio. The chorus once again blows the momentum. It feels more like a pre-chorus to transition into a proper chorus, and manages to be simultaneously catchy and forgettable at the same time. The hook is there, but it does not belong in this song, and forcing the parts together lessens the effect of both. “Through The Blackest Eyes” has a nice, simple but heavy riff, but falls back into the Disturbed worship and is so relentlessly mid-tempo it’s hard to pay attention through the entire 4+ minutes. Finale “Anthem Of The Seeds” is uniformly bad, but that’s almost refreshing after so many great riffs or choruses without equally impressive counterparts. It’s slow and anthemic, meant to be a thank you and rallying cry to their fans, but it comes across as uninspired pandering.

I really want to like this album, and the more I listen to it, the better it becomes, but I can’t help but be frustrated by so many near-misses. “You’re Dead To Me,” “Dance With Death,” and “Just A Little Kiss” are phenomenal tunes, and several others have a riff or a chorus (or on “The Rain,” both) that are REALLY damn good, but don’t hit quite as hard as they could or should. It’s Time To Get Weird, oddly enough, could have benefited from being just a touch more grounded. 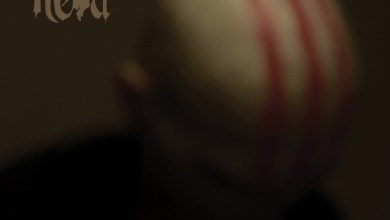