Fleshgod Apocalypse‘s recent release King belongs a unique brand of metal. The standard guitars, bass, drums, and vocals are unabashed death metal, but they blend in an orchestral background as a vital part of the songs. While it could easily feel like a gimmick, it works. In fact, there are times where King feels less like a rock album and more like a cinematic score narrated by Satan. Which, in context, is high praise indeed.

“Healing Through War” is the album standout, with ominous instrumentation and a vocal ferocity that puts most similar acts to shame. Other tracks like “Mitra” or “Cold as Perfection,” which is slower but equally powerful, continue the assault. The band isn’t afraid to weave lighter moments into the brutality either. While the vocals are harsh and the instruments uniformly pummeling, the orchestral backing to songs like “Gravity,” which is simultaneously an angry dirge and a triumphant war cry, or “The Fool,” which begins with a downright playful little symphonic intro, comes across as “fun” death metal, and “Paramour” cuts the album in half with a full-on female aria. Melodic and epic moments are accounted for too, with the Gerard-Butler-as-the-Phantom raspy but huge clean vocals on “In Aeternum,” or the sweeping strings and urgent horns darting through “Syphilis,” “And The Vulture Beholds,” and “Mitra.” This grasp for the cinematic is the weakest element of the album (some of the songs seem to build but never truly go anywhere), but by no means is it done poorly.

Fleshgod Apocalypse won’t appeal to everyone, but for those looking for something a little different in their death metal, King is an excellent choice. 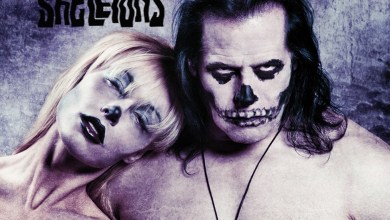