It’s been two years since No Sinner’s debut album, Boo Hoo Hoo, graced our earholes, and I have a confession to make. Up until I reviewed this album, I had never actually heard them. They were always one of those bands that I would hear about, but never actually hear. So when the chance came to review the new album, Old Habits Die Hard, I jumped at the chance.

The one thing I always hear about female-fronted bands is “doesn’t she sound like Joan Jett/Siouxsie Sioux/other female singer”? There are some people who still think female-fronted rock groups are a “novelty,” for want of a better word. Personally, I don’t mind who’s fronting the group, just so long as they can sing. And boy, can Colleen Rennison sing.

This is an incredibly good, solid album. And I mean solid in a good way, not in a “well, it’s a bit meh” way. This album is seriously good. Incredibly listenable to (is that a word?), and with some great guitar riffs, this album could grace any rock aficionado’s CD player (or whatever you use to listen to your music).

I’m going to start a few songs in, with “Saturday Night.” I challenge you to listen to this song without hearing a hint of Elton John’s “Saturday Nights Alright (For Fighting).” Now I love that song, and this song, to me, is every bit as good. If not possibly better. It had my head a-rocking, my feet a-stomping and my guitar-hands a-air-guitaring.

The nest track, Hollow, is hauntingly beautiful by comparison. For every moment you’ll have spent head banging to Saturday Night, you’ll spend the same wiping a silent tear from your eye before anyone notices it. It’s incredible how much range one person can get into their voice. I don’t really mean a vocal range here…I mean more a range of emotions.

Like I mentioned earlier, it’d be too easy to compare Rennison to some of the great female singers of the past. In fact, she is so much more than that. “Hollow” has a slight Steven Tyler vibe to it – but not screamy-Tyler from “Love In An Elevator.” This is more Tyler during “Crying.” The next song, “Get It Up,” meanwhile, has a slight Shirley Manson sound to it. I’m a bit of a Garbage fan, so this is a good thing for me.

You are mine. For the taking. This might well be a line from Leadfoot, but it could just as easily be a statement about the rock music industry. Because with this sort of music, there’s no reason why No Sinner won’t be headlong massive shows in a city near you very soon.

For what it’s worth, this is probably the best album I’ve heard in 2016 so far. 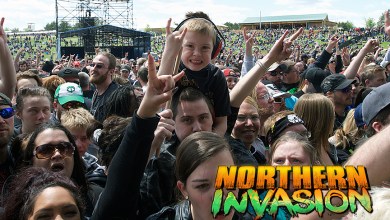 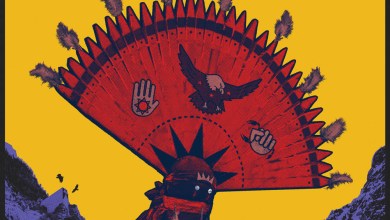