HARD FEELINGS are worked out on the new record from Blessthefall 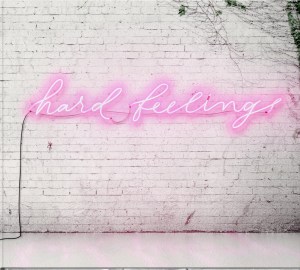 ABOUT Blessthefall: “It’s not often a band like ours, that’s been together for nine years, that has five full-length albums, and that survives the ups and downs of the music scene, gets a chance at a fresh start,” said singer Beau Bokan. “We’re here to say that we feel brand new again. Signing to Rise has rejuvenated us as a band and we couldn’t be more excited. They encouraged us to be ourselves and to continue to write the music that we wanted.”

He continued, “Our new album Hard Feelings is a culmination of everything we love. It has all the old Blessthefall feels, along with a fresh new sound that will knock you off your feet.”

I’ll say Beau!! This record is savage. The undertones of angst, the powerful chords of triumph and probably one of the strongest vocals of Beau’s career, HARD FEELINGS is first and foremost, a tribute to winning; by winning, I’m referring to the internal victory; becoming who you’re supposed to be and being ok with who you have been. I think this echoes in the songs on this record. I hear some powerful parts in the electronics, the tempos and the forcefulness of the melodies of the songs on this record. 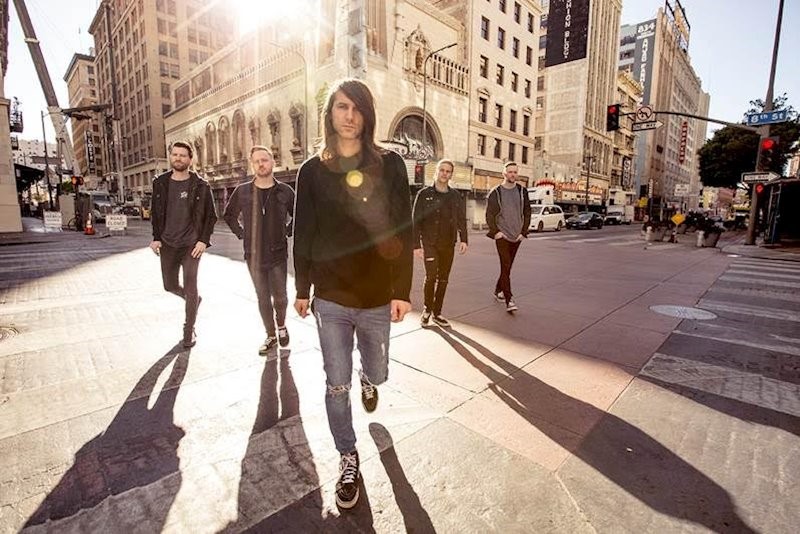 Here’s the breakdown, track by track (** denotes standout tracks on the album):

WISHFUL SINKING – the lead track on Blessthefall’s new record begins like that quiet before the storm we hear about. Vocalist BEAU BOKEN throws it out there and connects with a force that is the byproduct of rebirth or a renewal of sorts. The band backs him up like a band of brothers going into battle. It’s tough and the breaks and drops are f’ing perfect.

FIND YOURSELF – Yes, yes, YES! I love the energy in this track and the intro sets it up just enough to keep you balanced on the edge of that proverbial cliff. The percussion keeps the tempo of this song in check but it lends to the force that is right there at the end of the rope. The track is heroic in that loving those things that want to destroy us is where finding ourselves awaits. Love the bass here, love it!!

MELODRAMATIC – a fond mix of true metalcore and full on rock, this track is packed with ups and downs and a break down that will slice you in half, but don’t worry, the swirls and pulls of the melody will clamp on to both parts and will put you back together again. I love the structure and the pulse of this track!!

Take a look at the OV for MELODRAMATIC right here –

FEELING LOW – I don’t know what it is about the electronic elements of Blessthefall that I love more – where they’re placed or how they gel with BEAU’S vocals and the written melodies. But this song is a prime example of the fast and furious ride that Blessthefall takes their fans on. This song drifts around a corner towards the 2:30 mark and by the end you’re literally catching your breath.

**CUTTHROAT – here we go rock fans!! Blessthefall breaks it off in your ear right now with this song. I swear to the gods of rock; this song kicks your ass in the best ways! With glorious minor chords, the presence of screams layered with the melody of the base, and the triumphant guitar swelling to a chorus that will put goosebumps on your toes – this is epic!

I’M OVER BEING UNDER(RATED) – beautiful and soft tones from BEAU at the beginning would tend to fool someone that is just hearing this song from Blessthefall for the first time. Because there’s a strength in the quiet that is loud AF that takes center stage in the middle of the song that will change your life.

SLEEPLESS IN PHOENIX – gawd, the groove of this ballad is so freakin’ thick! BEAU again displays diversity in his voice tone and method alike. I love the percussion – I love the pieces as they’re coming together in this song.

**KEEP ME CLOSE – man, the guitars in the start of this track are pretty massive. Emotions run really strong through this song and I feel them within the measures. Blessthefall has a keen sense of song structure – where to put this scream, that drop, this backbeat – this is one of the things that separates these men from the other boys. The range that BEAU shows us in this track is mind-numbing. Freakin’ love everything about this song. All of it!!

SAKURA BLUES – slowing it all down in this track is probably a good idea right here. Not that this song is a boring slow, couples skate song. Not at all. It is a great song that allows the play it all the way through listener to kinda take some deep breaths and center themselves. I found myself taking a few big breaths throughout.

**WELCOME HOME – an upbeat tempo about maybe one of the most common human fears. I love that there is music that takes these deep and thought-provoking subjects and winds words around a melody that feels like you should be holding hands with your besties in a field of sunflowers. With an emo themed spirit, WELCOME HOME will do what the genre of music did for so many people in the 90’s – pull at the places that pull out the dark parts to expose them to the light. Killer guitar solo and I love the layers of keyboards and vocals.

Bestofall (ha ha) Blessthefall, in support of HARD FEELINGS, the band sets off on tour to bring these songs to stages on across the US. I’m stoked to see Blessthefall at the end of February in Dallas as they tour with OF MICE & MEN, CANE HILL, AND FIRE FROM THE GODS. Visit the band’s Facebook page for all the dates and where to purchase tickets.