Sylosis channel their rage to awaken the Dormant Heart

2015 is proving to be an interesting year for heavy music and kicking the year off with the January 2015 release of their fourth studio album, British metal masters Sylosis demonstrate that creating whiplash-inducing riffs has become their forte. Dormant Heart is produced by Scott Atkins and co-produced by front man Josh Middleton, and marks the band’s fourth album on Nuclear Blast Records. Dormant Heart is also the last album with drummer Rob Callard, who left on good terms shortly after completing the recording sessions for Dormant Heart, stating “I can no longer dedicate 100% of my time to the touring schedule.” Sylosis have recruited Bleed From Within‘s Ali Richardson as his replacement. Richardson, who has filled in for Callard in the past when Sylosis toured with Bleed From Within and DevilDriver, will continue to perform with Bleed From Within and Sylosis.
[columns] [column size=”1/3″]

Dormant Heart starts off with “Where The Wolves Come To Die,” a track with a sound so thick you can cut through it with a knife. Middleton describes it as an uncharacteristic departure from previous albums where Sylosis have tried to cram everything they do into their opening song. The song develops from a slow, dark and sludgy riff that sets the mood for the album but not the pace. Diving into the next track, “Victims and Pawns,” Sylosis brings the neck-snapping thrash metal pace they have established on previous albums, and that momentum continues into the title track “Dormant Heart,” a classic thrash tour-de-force that builds on a variety of layers, with some tasty shredding by Middleton. Although the average song length is around the five minute mark, it never feels forced or superfluous and there is ample variation in song structure to keep the listener engaged. The closer “Quiescent” starts as a slow atmospheric acoustic number and builds on layers into a heavy dark soundscape evoking the spirit of 70’s prog rock. The album is consistent and heavy from start to finish and filled with well-balanced lead guitar work and memorable riffing by Middleton. The pace of each song throughout Dormant Heart is firmly dictated by the drumming, and the mix on the album is evenly balanced between the vocals, guitars and drums.

Sylosis is back in top form with Dormant Heart, and I look forward to catching them if they come to the states again soon. 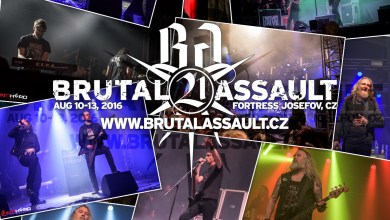 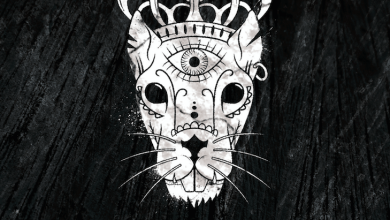