January 7, 2015 – The Dark Alternative, Hard Rock Transmedia Project September Mourning have released their new single “Children Of Fate” from their upcoming album due out this Spring. The album, which was produced by Howard Benson (My Chemical Romance), will be released alongside other forms of media containing the story of the characters portrayed in the band. One of which, is a comic book released through Top Cow Comics and developed by September (Vocalist & Founder) and Top Cow CEO Marc Silvestri.

Check Out “Children Of Fate” below:

Children of Fate is a call to arms for every person who has felt helpless, hopeless or worthless…a battle cry against the negativity we are surrounded by everyday. It is a song about the strength of knowing it’s not just you, alone, verses the world, it is all of us together verses whatever stands in our way. Musically, It is the first chapter in the story of September Mourning. – September (September Mourning) 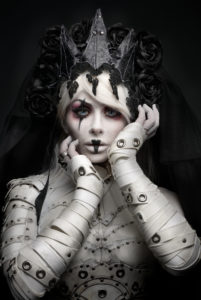 September Mourning has just recorded her debut album. It tells a story in 12 songs, an epic tale of “heartbreak, loss, pain, joy, love, redemption, but most of all, courage…” Produced by Howard Benson (Chris Cornell, My Chemical Romance) and mixed by Chris Lord-Alge, September Mourning revives the concept of rock star meets superhero. If Marilyn Manson and Lady Gaga had a kid, it would be September Mourning, who also cites influences as varied as David Bowie, Freddie Mercury, KISS, Evanescence and My Chemical Romance.

“For me, the project is a story, a theatrical art piece,” September explains. “Music is the backbone, but for this to work, it has to include the imagery and the narrative all symbiotically linked into the whole. Music taps into your innermost being. There’s something very intimate and personal about it.”

The character of September Mourning is a human-reaper hybrid, who feels the need to give some human souls a second chance, and thus toys with Fate. To expound on this narrative, September is working with iconic comic book artist Marc Silvestri, who started out on the original X-Men comics and went on to form Top Cow Productions (Witchblade, The Darkness). Together, they are putting together the story of September Mourning in graphic form, to accompany, and enhance the musical message.

September Mourning carries positive passions into its music, which is often operatic, but also completely rock ‘n’ roll in all its majestic glory. The album is full of themes that run the gamut, from “Skin and Bones,” which takes on people who would judge you on appearances, and “Chariot,” about those who allow themselves to be consumed by somebody else, to “Paper Dolls,” lambasting a guy “who rips people’s hearts out without regret” and “Before The Fall,” a song that accentuates our common humanity. “When we bleed/We bleed the same,” sings September. September describes “Children of Fate” as a “call to arms for her fans, our families,” which she turned into a 6/8 waltz, “but heavy, eerie and strange, to give it this weird feeling.

Having toured with Marilyn Manson, September Mourning has already built up an impressive fan base, which she calls her “Children of Fate,” constantly encouraging them to have “the courage to embrace their passion… to allow yourself to follow your heart and not be a slave to your fears. To know that the only boundaries that exist in our lives are the ones we allow.”
[separator style=”space” /] 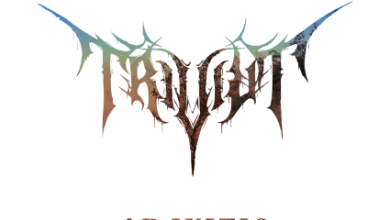 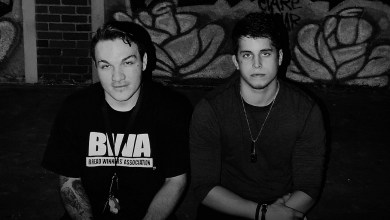 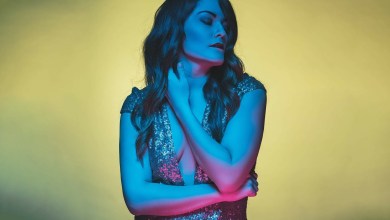 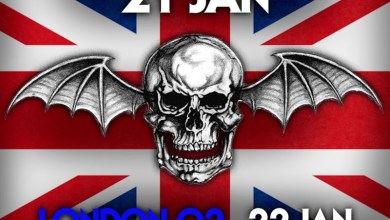