Much buzzed about Post Hardcore / Rock outfit NEW LANGUAGE dropped their latest single “Give In” today via STEM, which can now be heard on Spotify, Apple Music, Amazon Music and via all other DSPs. The Southern California based rock group have been putting the final touches on more new material to be released in 2018. The explosive track and music video is just a taste of what to expect on the new EP, and premiered via Substream Magazine.

In late February NEW LANGUAGE released their eclectic music video for “Show Me”, which was the final push of their 2017 EP ‘Everybody Screams’. Reminiscent of newer music from Thrice, Norma Jean and Underoath, the group carves their own niche by penning aggressive, yet melodic rock that has earned press from top alternative websites including New Noise, AltPress, and Loudwire. Fans can expect the band to play “Give In” on their upcoming support dates with Sacramento metal icons Will Haven and Orange County, CA band Fake Figures, which features members of Atreyu, Scars of Tomorrow and Hotwire.

Tickets for both shows are ON SALE NOW:

ANTIHERO: Great to talk with you guys. How are you doing?

Tyler Demorest: Life is good. I’m Tyler, the singer/guitarist of the band.

ANTIHERO: How did you guys start this project and come together as New Language?

Tyler Demorest: Matt and I were in a previous band that was kind of hitting a wall creatively. We had been speaking with our friend Tony Hajjar of ATDI and Gone Is Gone about it and he proposed we get together and jam… no expectations, just see what happens. The first time we got together we wrote 2 songs and decided to keep meeting up until we lost that pace. It felt great to just play heavy and play with energy. We ended up writing 10 songs and decided to record the album with Tony producing and playing drums. From there we knew it was something new, so we decided to launch the band NEW LANGUAGE.

ANTIHERO: What’s the story behind the name? Were there any earlier names that people may not know?

Tyler Demorest: Band names are hard, but we finally have one I like. I think it embodies everything we like about the band both through sound and message. We toyed with calling the band ANIMAL or MOVE for a minute there but are glad we landed on NEW LANGUAGE. As you can tell, we like short all-caps names.

ANTIHERO: You guys released an EP called “Everybody Screams”, what can fans of that EP expect from your upcoming music?

Tyler Demorest: I think we’re always progressing as songwriters, producers, and musicians. The two upcoming songs we have coming out are our first songs self-produced and recorded coming out under NEW LANGUAGE. We recorded drums at Jake’s spot and everything else in our rehearsal space. I think it has the energy you’d come to expect from NEW LANGUAGE, so we think fans of the EP should be into these new songs as well.

ANTIHERO: What do you want fans to gather from the new single “Give In” when it drops?

Tyler Demorest: Give In is a reflection of my own experience living in today’s world. We all can see terrible things happening all over the world and at times it can feel that we’re helpless. It can feel like the culture we live in can be focused on keeping your attention elsewhere, distracted from the painful truths people deal with every day. Personally, I know that I should be more proactive in fighting for the social injustices we see not only in our own communities but different communities all around us that we may not fully understand. Recently, you’re starting to see more movements taking shape and more and more people get involved which is encouraging and what should happen as the visibility of our systemic issues increases. Give In as a song touches on these themes while at the same time understanding that there has always been social turmoil and acknowledging the potential to lose hope in that reality.

ANTIHERO: What’s the message behind New Language if you had to pick one?

Tyler Demorest: I’d like to think NEW LANGUAGE is an outlet for energy. That can be both frustration or celebration – or just the need to get out and move. We’re looking to emphasize the humanity in our performance and celebrate the people that give a fuck.

ANTIHERO: How does the visual imagery from the video for “Give In” match up with the meaning of the song?

Tyler Demorest: The artwork was done by James Esposito who is an extremely talented artist we’ve worked with in the past. Think of the gold skeleton hands coming in to cover the eyes of the person in the center.

ANTIHERO: What’s in the future for you guys?

Tyler Demorest: We’re busy working on a ton of new music to release. In the meantime, we have a few shows coming up with Fake Figures and Will Haven May 4th and May 6th in Southern California while we work on summer/fall plans to tour.

ANTIHERO: What are some of your influences and how did you guys bring all of that together?

Tyler Demorest: We draw influences from all over the map, but I’d say the ones that shine through in NEW LANGUAGE include Deftones, Queens Of The Stone Age, Refused, Norma Jean, ATDI, glassjaw, Brand New, Thrice, etc.

Based in Los Angeles, co-founders Tyler Demorest (vocals/guitar) and Matt Cohen (bass/backing vocals) have been writing and playing in bands together for nearly a decade, and in 2016 the two teamed up with songwriter/producer Tony Hajjar (At The Drive In / Sparta) and NEW LANGUAGE was born. Hajjar, also produced their initial singles and debut 2017 LP ‘Come Alive’. The band soon after teamed up with producer Alex Newport (Melvins, Frank Turner) for 2017’s ‘Everybody Screams’ EP.

NEW LANGUAGE’s powerful sound has been described as ‘high-octane rock’ meets ‘post-hardcore fury’; which is exactly what has catapulted them to be featured by outlets such as Spotify in their ‘New Noise’ playlist, Australia’s acclaimed TripleJ radio, SiriusXM’s Octane, and on LA’s own 95.5 KLOS; when live on-air during their new music segment it was said “This is the first band, at least in the last year… this is THE best band on Should I Stay or Should I Go.”

NEW LANGUAGE was also direct support for The Used on their ‘In Love & Death / Self Titled’ Anniversary Tour, which sold upwards of 40K tickets across 26 dates. Alternative Press published, “Lead vocalist Tyler Demorest brings it way loud, reminiscent of early Thrice, while the weight of the bass and drums in the score shoots a nod to Queens of the Stone Age.” 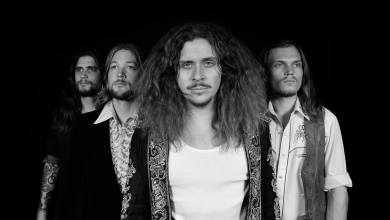 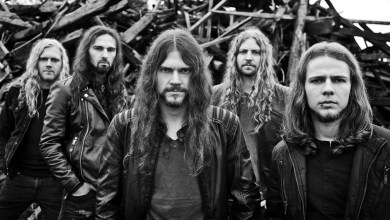 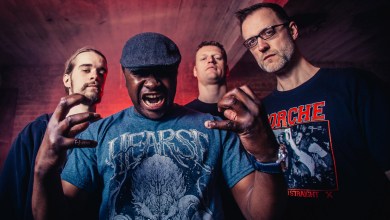 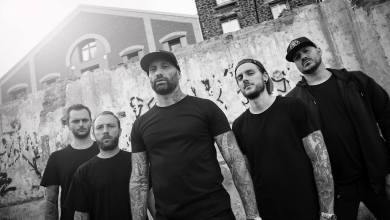