Battle Beast are a band that have been playing their brand of European power metal since 2008. They have been increasing their international profile with every subsequent album release. Touring in support of their latest album, Bringer of Pain, I had the opportunity to have a chat with singer Noora Louhimo ahead of their Manchester show.

Mark Dean: The band play a style of music that is not commercially popular. Does that make it more difficult to establish your musical career?

Noora Louhimo: As an artist that is not the first thing that we think about when we start doing music. Of course, when we get to this point where we have more fans coming, then we think, “what is it about the music that people have been liking?” We try not to think about those details too much because then you will lose the whole soul, spirit, and process of doing music. The first priority is to do great music and music that we like personally, and then we will see if anyone likes it too (laughs). That is the most important thing of all. People like us because we do the things that we do the way that we like to do it. We do not try to be commercial, but we do have these more pop influences in our music especially now on the new album. I like the whole thing that we can combine different influences that we all have musically and play around with how dance music would sound if it was played in a heavy metal or different style. I think that it is a very intriguing idea and as we can see many people have liked what we have done.

Mark Dean: How would you then describe Battle Beast to somebody who has not heard of you before?

Noora Louhimo: I would say, I have kind of created this kind of name for our genre, it is “Rock-metal.” It has a lot of hard rock influences in it and also pop influences. What makes it metal is that we have the drums and the strong riffs that have a very important role in our music.

Mark Dean: Did you find it difficult after joining the band to stamp your own style on the band. Given of course that Battle Beast had an existing musical history with another singer.

Noora Louhimo: No, I felt that I had found my place finally, that I had got an opportunity to create my own style in singing and in terms of image. It’s been a dream come true for me as an artist that I can combine all of my artistic interests. I really love to be theatrical, and do things big! As a genre, heavy metal is very theatrical and you can do it in many ways. I think that in Battle Beast our goal is to also go bigger visually and have those theatrical elements in there, and not just to play music. It is very important for me personally that we can serve our audience in a 360 kind of way, that we have the visuals and the audio. People can say someday that you cannot experience this any other way but at a Battle Beast show.

Mark Dean: How has the whole experience of being in Battle Beast been for you since you joined the band?

Noora Louhimo: The low I think would have been a couple of years ago when we had to resign our songwriter and lead guitar player Anton. At the same time, it was also the high because the atmosphere in the band had been so bad because of him. When we got rid of him, the atmosphere became like ten times better. We can all now bring all our ideas and creativity to the table so freely. That was not possible before with Anton.

Mark Dean: Outside of Battle Beast, have you worked with any other musicians who have inspired you?

Noora Louhimo: Well, of course I have been working with different artists and musicians before Battle Beast. I used to be and still am a freelancer doing music with different bands, and many artists that are known in Finland. Dave Lindholm, for example, who is one of the biggest blues artists in Finland. I am officially his backing vocalist. I have many blues musicians who I have worked with because my roots have come from blues. If I could mention some idols that I haven’t been working with but I have taken a lot of influence from are people like Whitney Houston, Michael Jackson, Bonnie Tyler and Bruce Dickinson.  There are many people who have personally influenced me. The thing is, I think that if someone wants to develop themselves as a singer or in any instrument, they should try to steal the best bits from their idols and try to put it through their own interpretation.

Mark Dean: You touched briefly earlier on the visual side, and you transmit a strong representation on stage with the dramatic performance which can be a touch scary (Noora laughs). Off stage are you really a very quiet and shy person?

Noora Louhimo: I am not shy or quiet but yes, I am calmer but never reserved. I am very open and I love people. I am a very people-loving person. I always say what is on my mind and if I am pissed off then I am very high-tempered. On the other hand, I calm down very quickly. (laughs)

Mark Dean: What do you enjoy doing outside music in your spare time?

Noora Louhimo: I like to go outdoors. In Finland, there are a lot of forests and lakes, and I like to be in nature. That is something that I really love. I have my own cat and husband. We spend time together whenever we can.

Mark Dean: When you have recorded an album what is your mindset? Do you look back at previous albums and tend to re-examine them with a critical eye?

Noora Louhimo: (laughs) I never look back. It’s always about going forwards. The thing is, there is always something to develop in ourselves. That is why you should never get stuck in the past. I am very proud of this band, that we could continue after Anton and back up our words when we decided to go our separate ways. We then decided to do the best album of our careers to date, and I think that we did that. Many people agreed with us and thought the same. Next up after this tour, we have a little vacation for one week and then we go to the United States and Canada for the first time ever. We are going to be supporting Sabaton, along with Leaves Eyes. We will be there for a month and then the summer is filled with festivals.

Mark Dean: Looking forward in terms of musical style, the recent album brought in different elements to the band’s sound. Do you see the band’s sound continuing to evolve? Or have Battle Beast now arrived at a defined sound that you are happy with?

Noora Louhimo: Of course, we love to challenge ourselves, it’s part of our musical career. As artists, we want to develop all the time and if we wouldn’t then we should just quit, you know? Always just going forward and try to develop with increasingly better albums. 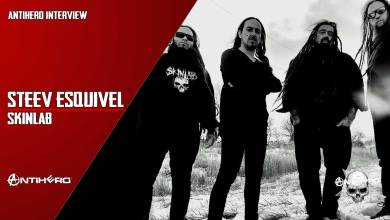 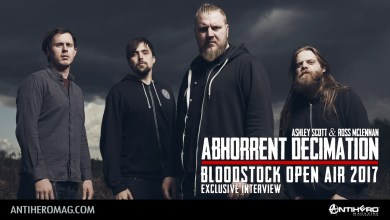 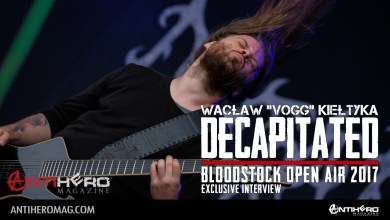 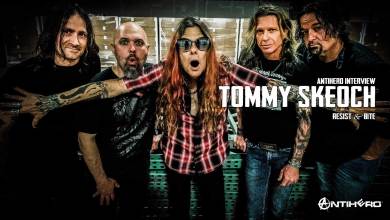