Beginning in a small town in coastal Massachusetts by three longtime friends, Elder started making rumblings in the stoner rock and doom scene with their first releases Elder and Dead Roots Stirring in 2008 and 2010. Relentless touring and increasing disillusion with the gimmicks and lack of creativity plaguing the heavy rock underground spurned the trio on to expand their sound, bringing in more psychedelic and progressive elements to their music. 2015’s Lore was a pivotal moment in the band’s orbit, receiving praise from the stoner/doom audience as well as reaching listeners outside an often insular scene, thanks to an unwillingness to adhere to genre limitations or cliches. During a period of incessant touring following Lore and full of inspiration from their travels, the band holed up for periods of intense songwriting over breaks to produce their most inspired and adventurous music of their now ten-year career.

Read more from the band’s biography on their website here.

ANTIHERO: Hi Nick, welcome to AntiHero, how are you doing?

ANTIHERO: Elder formed in 2006 and 12 years later you have 4 albums under your belt and you are considered among the best bands of the Stoner/Psychedelic underground scene. What were your expectations when you formed the band?

Nick DiSalvo: None whatsoever, we were all young kids, 16 years old when we started playing in this band together in some sort of formation and we were just trying to have fun, making music in my parent’s basement basically. There was no expectation that we would even survive past the year that we started the band, so the fact that we are still playing music 12 years later is a shock to me in some way [laughs].

ANTIHERO: With “Lore” you evolved and kind of found your personal sound; as “Reflections of a Floating World” follows pretty much the same direction, do you think you’ll keep following the same style in the future, or will you keep trying to evolve in different directions?

Nick DiSalvo: I would love if there was a discernible evolution between every album, although I do think we kind of found something like the sound that we were going for with “Lore”, and that’s why “Reflections” wasn’t such a huge step away from that. It’s really hard to say now what the flavour of the next album will be, ‘cause we only just started writing music for it, but I think it’s safe to say it will be a little more experimental, maybe a little more adventurous in some ways, but I do think, with “Reflections” especially, we kind of found the sound that we were all in agreement with as being the “Elder sound”, at least for this stage, but who knows what the next record will be when finished so, hard to say.

ANTIHERO: How does the songwriting process work for you? For your kind of music, I always picture a lot of jamming, is this how the magic happens?

Nick DiSalvo: We have had times when…you know, a lot of “Dead Roots Stirring”, for example, was written in jams. But actually, the past two records have just been pretty much me, writing by myself and composing a lot, doing recordings, I have something like a small home studio that I record all of the ideas into and I find it really helpful to be able to build as many layers on top of an idea as you want. So, actually the writing is very methodical, is very…is a kind of an elaborate process, it’s not really an organic jam at all. We all live very far apart from each other, actually, so we don’t even have a chance to jam and write music that way, it’s more just sort of a solo experience right now.

ANTIHERO: Do you write while you are on tour too?

Nick DiSalvo: No, maybe an idea will come out of it, but we don’t have space to really play instruments in our van or something, and we usually don’t have the energy once the work is done to actually sit down and try to write a song. It would be a good idea if we were a little bit more motivated.

ANTIHERO: “Lore” came out 4 years after “Dead Roots Stirring”, but it’s successor came out in half the time; what changed there and when should we expect your next album?

Nick DiSalvo: Before then, we started the band when we were just leaving high school and then we went to college, we were studying, we were working; life got in the way, so to speak, and after “Lore” we all decided to just do music, kind of put everything else on the background and try to just follow that. That gave the push to really put music and the band ahead of any other aspirations so, with that extra time, with that extra motivation it was a lot easier to write a new album because there were fewer distractions. It’s hard to say, we have kind of hopes that we’d have another album maybe even ready in a year from now, but with all these tours, ironically sometimes you tour so much with the band that it becomes hard to write music for the band too. I hope not another four years, that’s for sure.

Nick DiSalvo: The whole concept is kind of loosely based on a theme that is expressed in a Japanese phrase which means “the Floating World”; it’s like an art period and it’s a cultural societal period in Japan that had to do with a flourishing of the arts, but also a rise of the luxury and the decadent lifestyle and stuff. So, in the album the main themes are kind of our own, quotation marks, “Floating Worlds”, decadent society and finding some sort of meaningful existence within that. A lot of our lyrics in general in the past albums have been about sort of not letting life tie you down, or society tie you down, or destruction of the environment, or really just life experiences from the road, but that’s the general idea of the “Floating World”. There is a positive message in it too, that we can kind of get back on track and we can, through recognizing the society that we built around us, we can maybe find a healthier way to exist in the world than that. Everything is a little bit intentionally abstract so that people can interpret what they want to interpret into the lyrics.

ANTIHERO: How important are the lyrics to you? Do you consider them secondary to the music, or are they as important as the music?

Nick DiSalvo: Anymore they’re pretty important, at least from a purely aesthetic point of view, you know, we are not about Conan the Barbarian anymore because that’s kind of childish and silly, and I think if the lyrics are not matching the eloquence of the music you are losing something too. So, yeah, they are quite important but obviously, I’ve spent probably 99% of the time writing the music, and then the rest 1% is focused on the lyrics.

ANTIHERO: “Lore” was a big success for you, I think you also started to tour a lot more from then. What were the repercussions of that success on the band?

Nick DiSalvo: It confirmed, first and foremost, the idea that we wanted to, and could pursue music as a main source of employment, not to say that we earn a shit-ton of money, but just as, you know, we can do this, and we can make a life out of it if we want to and if we try hard and if we are ambitious. And, of course, yeah, it kind of reaffirmed that we can do things on our own terms without sucking up to major labels, without trying to change to suit anyone, that there is a market for people who listen to good music and enjoy what we do on our own terms. But also, yeah, we got to play bigger shows consistently, more tours, more opportunities and we’ve been able to make a sort of a life out of it, at least in the past three, four years, something like that. It was a liberating experience if anything, that’s for sure.

ANTIHERO: I’m absolutely in love with your artworks and with the design of your shirts; I know Adrian Dexter drew all of them, how does your relationship work? Do you give him any input or do you just leave him to do his thing?

Nick DiSalvo: He gets all the demo recordings, hears these kinds of basic songs as they are being written, and he makes his artworks, or at least the sketches, based on that, and we talk a lot about the themes on the album and the sort of aesthetic direction we are going to. So, the artwork is tailored to fit the music perfectly, but as far as a complete direction, or what it should look like, that’s all up to him, he’s a great artist and we know, we can just let him have control of his own artistic devices and he will come up with something that suits us perfectly; he hasn’t disappointed yet, so…

ANTIHERO: Psychedelic music is, in my opinion, a genre that can probably be enjoyed best in a live situation; do you consider yourselves more of a live band, more of a studio band or is it the same to you?

Nick DiSalvo: I think we are a bit of both, I definitely put a lot of, especially in the last record, we put a lot of time into making the studio sound exactly like we wanted to, and I really want our albums to be super dense and full of things you can discover through a lot of listens. But also we have a lot of fun playing live and I think the live show should be something entirely on its own: we don’t sound 100% like on the records live, and that’s kind of the point of it too, we are always trying to experiment, change parts up or do more improvisations. I think we are a live band, we certainly tour our asses off and have done a lot of tours, and I think people enjoy it, so [laughs]. We have fun playing, you know.

ANTIHERO: Thanks for your time, I’ll leave to you the last word if you have a message for our readers.

Nick DiSalvo: Thanks for supporting the band, thanks for your interest, thanks for keeping Rock music alive. 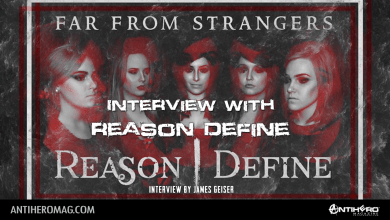 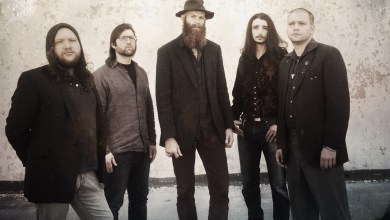 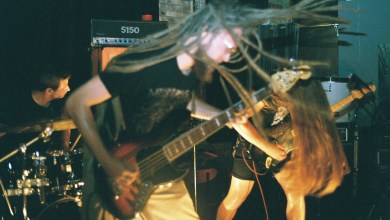 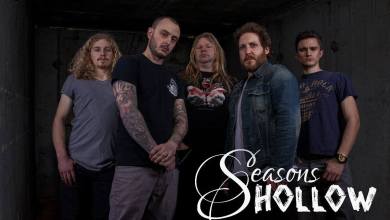