AERACO recently released their  Baptized By Fire LP via Dark Star Records, but they, like all artists, were influenced by someone else, and today they bring us their Top 5 Essential Albums! 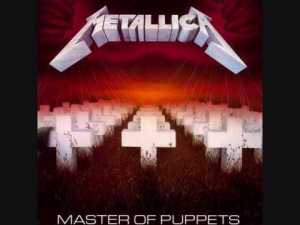 I don’t think a preface is needed for Master (Of Puppets). Anyone in the music community, especially in the metal scene, knows what a monstrous piece of work this was and still is. Ever since I heard the words “Off to never, never land”, Metallica absolutely changed the way I saw, felt, heard and thought about music. Even though those lyrics are from “Enter Sandman” off The Black Album, hearing that song inspired me to look deeper into their catalogue. As I dived further back, Master Puppets quickly became my favorite… although I do love The Black Album and Hardwired. Master of Puppets, Orion, Welcome Home and Battery are all songs that get me revved up and are actually some of the first Metallica songs I learned on guitar. The lyrics are heavy as hell and the guitars are crushing . Master of Puppets is a kick ass album, hands down 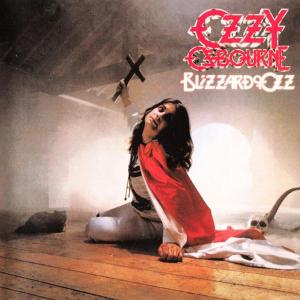 I remember in 2016 Aeraco toured through Los Angeles and on our way to the next show we stopped through Mountain View Cemetery. I was standing in front of where Randy Rhoads is buried and it took damn near everything I had not to cry. I remember hearing “Crazy Train” in my grandmother’s basement when I was a kid and I was immediately hooked. Everything I love about heavy metal can be found on Blizzard. The background to the album, the stories that inspired some of the songs and Randy killing it on guitar all made this an album easy to fall in love with for me. Then you’ve got Crazy Train, I Don’t Know, Mr. Crowley, Dee, Goodbye To Romance and Suicide Solution all on the same album with some of the most iconic guitar solos ever played in my opinion. You can trace everything I love about metal to Blizzard of Ozz. The fact that this album has my favorite guitarist on it and contains some of my favorite songs definitely makes it Top 5. 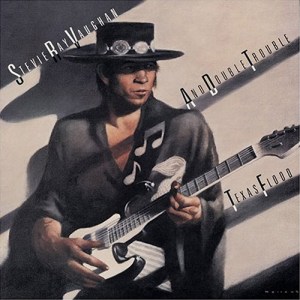 Blues transcends body language or verbal communication. The sounds, the bends, the tones… they all help tell stories that lyrics need help with telling. I’m from Chicago so I grew up listening to a lot of Chicago based blues but I remember hearing SRV and thinking, “Damn, this isn’t like anything I’ve ever heard”. It has a fat guitar sound, catchy but heartfelt lyrics with a rhythm section that’s pocketed perfectly. Hearing Stevie sweep across the fretboard like a master magician is always a musical treat but hearing him play it live is where the true magic is found. Watching him play Pride & Joy, Texas Flood, Mary Had A Little Lamb and Love Struck Baby is like watching a recorded wonder of the musical world transpire right before your eyes. His connection to his guitar and his commitment to reliving the story while singing it is truly like watching all the emotions you’ve ever felt come to life. Texas Flood=Top 5 without a doubt.

Queen: News of The World 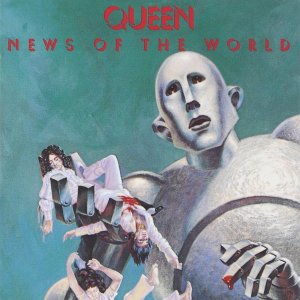 Artwork is just as important as the music contained in an album. And when it comes to Queen, it wasn’t the music contained in “News of the World” that caught my attention first. My dad collected vinyl records when I was younger and I remember when I was about 7 going through his collection and grabbing the vinyl. The artwork was kind of terrifying but epic. The robot on the front immediately drew me in and I thought the way the robot had the band members falling out of his hands was just captivating and visually stimulating. Now all we get is a shitty little image in the digital world but that album is what inspired me to look at music as a whole. The music, the artwork, the videos… everything serves a purpose and that purpose is to drag an emotion from you. It’s definitely impacted me in a way where I care about everything I do as a musician as a whole. I care about how the entirety of our album engages with people. Frank Freas did a badass job on that piece of artwork but Queen complimented it with their music. “We Will Rock You” and “We Are the Champions” can be found on this one so I don’t think I need to elaborate on what an amazing album this is! 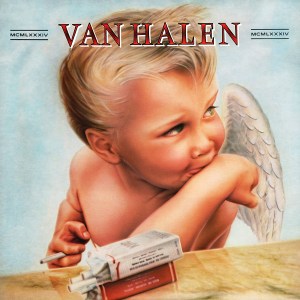 The ultimate front man, a guitar legend, a human metronome and one of my favorite bassists ever all clocked in to make “1984” happen and it’s definitely going on my top 5. “Jump” is a rock anthem, “Panama” is by far one of the easiest songs to lose yourself in and sing along to, “Hot for Teacher” is a genius combination of big band rhythm met with modern metal guitar/lyrics (did I mention the ultimate air guitar song?) and finally “I’ll Wait” is probably one of my favorite songs by Van Halen, period! Like I said, artwork is a big deal so go to the cover and you’ll find this punk ass angelic kid smokin’ a cigarette. How cool is that? Then you give a listen and you’re taken to a place you don’t want to come back from. This album is filled with so much epicness. 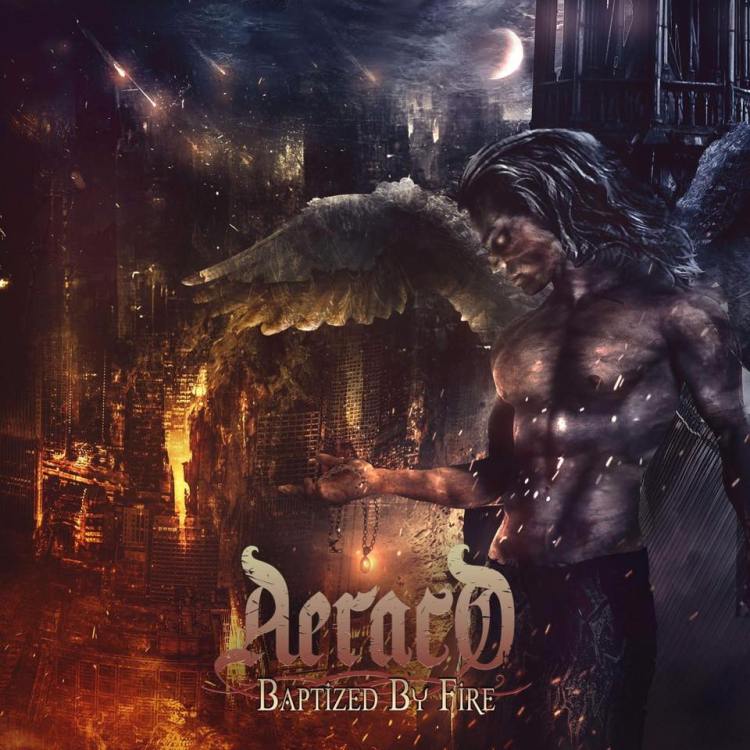