When someone goes to a concert, they can go for many things. Some go to just watch a live show, others go for an escape, while some may go to experience theatrics, pyro, and all the other amazing stuff that can come with an arena show. Rammstein is a band that can carry all these traits throughout every performance no matter what soil they are on. The band’s latest Blu-ray and live CD set contains everything that you would want to experience at a concert. Rammstein: Paris is the fourth live concert from the band to be filmed and released and it has proven to be their best show yet.

Made in Germany is the band’s famous tour which this film captures. The set list, to start off is absolutely amazing. The film contains 22 songs, which covers almost every one of the band’s singles, and it has some fan favorites as well. The songs aren’t the only thing that is amazing in this, Rammstein create a rock opera that blends both theatrics and amazing metal/NDH music together for one epic night. Fans will not be disappointed, as the concert is everything one would want in a live performance. Till Lindemann (Vocals), Richard Z. Kruspe (lead guitar), Paul Landers (rhythmic guitar), Christian “Flake” Lorenz (synthesizer), Christoph “Doom” Schneider (Drums), and Oli Riedel (bass guitar) have such chemistry on stage and vibe off each other all through the night, not to mention they work so well together as a band and have been playing together since the day they started without any lineup changes.

Jonas Åkerlund, is the Swedish director who filmed this amazing concert in front of a total of 17,000 spectators. The editing and video quality is amazing and helps bring the theatrics and the spectacle to life, allowing the person viewing the show to experience that they offer in the performance from the comfort of your living room. One can feel the energy coming from the screen while watching. The director edits the clips so well, knowing when to zoom in on certain band members, choosing the right time to show the entirety of the audience, and helps you see every wonderfully gruesome detail of the performance.

The band isn’t the only one that makes the show; the audience’s energy is completely unbelievable. There are parts in the concert where you can almost hear the audience singing every single lyric from the massive pit of people that are packed in the arena. Beginning the show with their hit song “Sonne,” Till Lindemann isn’t even able to get out one note, the audience singing along with every word and he definitely gives the energy back to them. Most of the fans know the words to every song, most evident on famous ones such as: “Du Hast”, “Mutter”, “Mein Teil”, and “Amerika,” which is one of the few Rammstein songs which have English lyrics mixed in with the German. The audience makes the show just as much as the band does.

Till Lindemann is both a frontman and an entertainer, evident by the journey he and his bandmates take the fans on. Whether it is Lindemann dressing up like a butcher and trying to eat his keyboardist during the cannibalistic “Mein Teil”, or Richard and Paul literally having their microphones lit on fire while singing, you can’t deny the level of entertainment that Rammstein bring to the table. Flake walks on a treadmill between two keyboards nearly the entire time keeping his energy going as well.

Rammstein: Paris is packed with everything that any Rammstein fan could want. Overall, there’s nothing you won’t enjoy; it has amazing theatrics, contains all the band’s best songs and singles, and the crowd just gets the viewer’s energy pumping as much as it would at the actual show. The members of Rammstein are some of the best musicians and entertainers in the music world. Facts show that they are one, if not the best live bands around today. Rammstein: Paris does not disappoint! 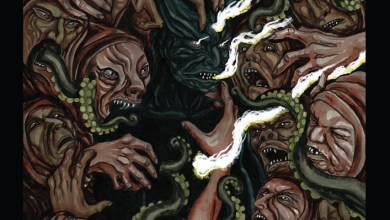 Album Review: NAILS – You Will Never Be One of Us 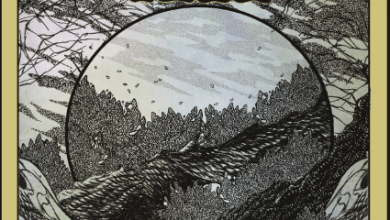 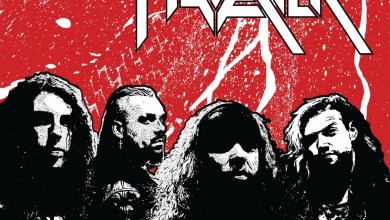 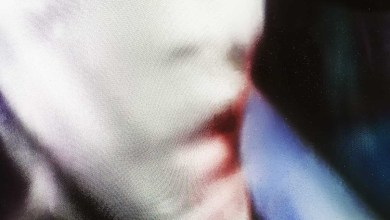