The Acacia Strain have been grinding their way up through the metal scene for a long time now. Over the course of seven albums they’ve cemented their place as one of the heaviest bands around, while constantly updating their sound just enough from album to album to keep things fresh. On their eighth full-length Gravebloom, they maintain that trajectory with a massive, heavier-than-ever assault.

Leadoff track “Worthless” starts with a slow, creeping chug and Vincent Bennett’s roars. The chant of “Sing me to sleep, scare me to death!” is a surefire crowd-pleaser, and the dissonant guitar chiming over the riff near the end of the song covers nicely for the fact this song only really has the one riff. “Plague Doctor” melds old-school hardcore, djent, and thrash into a bruiser of a song, especially on the verse riff. The chorus is really just an extended breakdown, but it’s got some phenomenal drumming from Kevin Boutot. “Bitter Pill” opens with another showcase from Boutot, with a great counter-rhythm from the strings making this one of the most immediately ear-catching songs on the album. The extended outro squeals through a lengthy but satisfying breakdown. “Big Sleep” is a little less heavy but a little more fun, with a riff about as bouncy as breakdowns can get, albeit with unsettling, dissonant high notes ringing out over it. It’s still plenty heavy, though, with a grinding second half.

The title track is a trudging onslaught, standard death metal but played with a vicious precision. It’s the heaviest song yet, and the old-school melodic guitar solo is fantastic. “Abyssal Depths” seems like an atmospheric reprieve at first, before it bursts into a monolithic dirge. It’s an effective bludgeon, and offers another brief moment with the gentle outro, but the song itself it a little bland. “Model Citizen” struggles a little bit; the higher atmospheric riff isn’t enough to cover the segments of song where it’s left without a background chug (despite Boutot’s nearly successful attempts to provide an entire song’s worth of noise with just his kit). The breakdown about halfway in has a great lurching riff, but it’s the bright point of the song.

“Calloused Mouth” has a killer swirling bass drone courtesy of Griffin Landa that drives the song forward with a steady urgency, while Boutot once again provides a showcase during the interlude with an almost tribal beat, leading into one of the heaviest breakdowns on the album. The song should have ended there, but keeps going for another extended verse and fade out that robs a lot of the energy. “Dark Harvest” is carried almost entirely by the relentless drum gallop, only struggling when it slows down, getting mired in the generic. “Walled City” features a guitar shrieking like an air raid siren over a pummeling grind riff and a rhythmic, staccato scream from Bennett that functions almost like a harmony to the guitar chugs. Around halfway in, it enters a series of progressively slower breakdowns all the way to the end of the track, which probably works better live than on an album. Closer “Cold Gloom” is a 9-minute monster, taking its time to build more and more layers over minutes at a time, briefly pulling back and then going back to the same endless grinding chug. It’s an impressive idea, and if it didn’t feel every second as long as it is, I would say it worked, but by the end it’s almost impossible not to tune it out.

Gravebloom is the perfect next step for The Acacia Strain, capitalizing on phenomenal production and finely-honed writing chops to create their most massive sounding record to date. It’s slower and lower, even more oppressively dark, and it’s played with effortless skill, especially by drummer Kevin Boutot, who has jaw-dropping parts in over half the songs on the record. The downside is that they occasionally slip into a sound so comfortable they forget to write a hook, and the chugs just bleed into each other at times. Songs like the title track and “Plague Doctor” should become fan favorites, and even the songs that miss as much as they hit like “Abyssal Depths” or “Dark Harvest” have something to make them worth recommending. Gravebloom is a flawed record, but those flaws only glare because of how great this album is when it’s at its best. 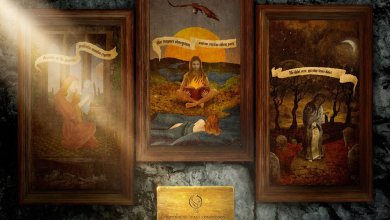 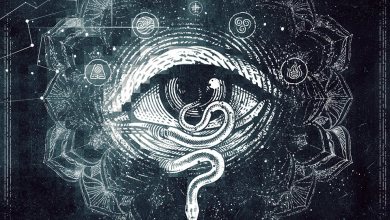