LOS ANGELES, CA — January 28, 2015 — Danny Wimmer Presents (“DWP”), one of the largest independent producers of destination rock music festivals in the U.S., announced today that it has received a significant investment from the United Auburn Indian Community Development Corp. (“UAIC”), the investment arm of the Native American tribe. UAIC owns and operates Thunder Valley Casino Resort, Northern California’s premier entertainment destination. DWP will partner with the UAIC and use proceeds of the investment to grow and diversify its business through the development of new festivals and offerings (including additional music genres), acquisitions of established events and promoters, and the expansion of DWP’s artist management division and its subsidiary, Southern Hospitality Concessions. Financial terms of the transaction were not disclosed.

“Music festivals now make up the largest growth sector in the live events industry, and the time is ripe for our business to expand,” said DWP Founder and Chairman Danny Wimmer. “We’re thrilled to be working with the UAIC, whose understanding of the live entertainment business and experience as developers, investors and community leaders make them an ideal partner for us as we take our company to the next level and capitalize on the significant opportunities that exist in the music business. In fact, we’ve already gotten started and are looking forward to announcing DWP’s first strategic investment in the coming weeks.”

Founded in 2007 and based in Los Angeles, DWP has grown into the world’s premier production company for rock music festivals, producing 10 unique live music festivals in high-demand markets across the United States per year. By merging well-known talent with local cuisine and culture, DWP has become recognized within the industry for delivering the highest-quality, exceptional value entertainment experiences to customers, artists, sponsors, partners and host cities alike. Over the past six years, DWP has grown — while constantly innovating its production, promotion and fan experiences — from a partner in one single event to producing sold out events across the country, doubling its number of produced events between 2012 and 2013 alone. DWP plans to add as many as five new music festivals in 2015 to its already stellar portfolio, which includes: Rock On The Range, Monster Energy AFTERSHOCK Festival, Monster Energy Welcome To Rockville, Monster Energy Carolina Rebellion, and LOUDER THAN LIFE, among others.

“DWP has set the standard for delivering amazing, innovative rock festivals to fans across the country, and the UAIC could not be more pleased to partner with such a phenomenal music festival producer as we work to expand and grow our presence in the live entertainment industry,” said Gene Whitehouse, Chairman of UAIC. “We are looking forward to helping DWP build on its vision and supporting the continued rapid growth of this very promising company.”

The company also announced today that Danny Hayes, a business advisor and attorney for Mr. Wimmer since DWP’s inception, has been appointed CEO of DWP. A preeminent entertainment attorney and founding partner of consumer rewards website Swagbucks and its parent company, Prodege, Mr. Hayes will oversee day-to-day operations, as well as drive the company’s business development and accelerated growth initiatives. Mr. Hayes has represented iconic artists including Tool, Linkin Park, Marilyn Manson, Paramore, Staind, Corey Taylor and Yanni. His considerable experience with members of the music industry, as well as his entrepreneurial success with Prodege and Swagbucks, gives him a unique understanding of the full spectrum of DWP’s industry. DWP founder, Danny Wimmer, will continue to lead the company as Chairman and Chief Creative Officer.

Danny Wimmer said, “Since day one, Hayes has been instrumental in helping me build my company, and now that DWP has grown so extensively, it has become crucial for Hayes to join the team full-time. His creative approach to business and entrepreneurial spirit set him apart as an attorney, and his diverse experience makes him a perfect fit for what we’re doing. In the ever-changing environment of the music business, I could not have a better CEO that understands the full spectrum of the industry.”

Mr. Hayes added, “I am thrilled to be joining DWP at such a pivotal point for the company. With Danny’s incredible vision and leadership, DWP has achieved exceptional growth over the last six years. This investment from the UAIC will enable us to capitalize on significant opportunities and I am excited to work alongside both Danny and the UAIC, leveraging our combined expertise to provide an even better experience to a broader number of customers, artists, sponsors, and partners in the years ahead.”

As a part of today’s announcement, DWP has appointed Mr. Hayes along with two UAIC representatives, Danny Rey (Tribal Secretary) and Calvin Moman (Council Member at Large), to its Board of Directors. Chaired by Mr. Wimmer, the Board will also benefit from new appointees Tony Guanci and Peter Luukko, accomplished executives with over 65 years of combined experience in the sports, entertainment and development industries. Full biographies for DWP’s Board Members are listed below. 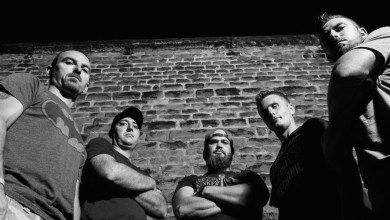 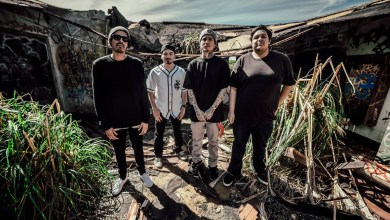 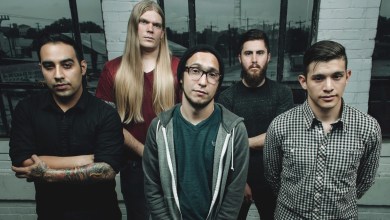