“We set out to write a song that was the exact opposite of bands we love like Sleep. Who’s got an hour? We barely have a minute… we got things to do and this bong ain’t gonna smoke itself, ya know?” – CONNOISSEUR

Over The Edge is the impending new full-length from California stoner violence faction CONNOISSEUR. Set for communal inhalation next month via Tankcrimes, Over The Edge flaunts fourteen resin-coated burners captured by Greg Wilkinson at Earhammer Studios (Iron Lung, Brainoil) and mastered by Dan Randall at Mammoth Sound (Spazz, Ghoul).

In advance of its release, today Decibel Magazine premieres the band’s forty-five-second, weed-centric “All Day Every Day” lyric video, the publication issuing, “What is it that the members of CONNOISSEUR like to do all day? Ripping through amped-up sludge punk jams seems to fit that description. Oh, and they like to smoke weed. CONNOISSEUR declares themselves ‘weed edge’ in the song, accompanied by a video of various adults showing off that edge.”

Adds the band, “We set out to write a song that was the exact opposite of bands we love like Sleep. Who’s got an hour? We barely have a minute! This ain’t your uncle’s stoner rock; we got things to do, and this bong ain’t gonna smoke itself, ya know?”

Got less than a minute on your hands? Get packing and roll on over to THIS LOCATION.

CONNOISSEUR‘s Over The Edge will see release on LP, cassette, and digital formats via Tankcrimes on April 7th. For limited vinyl preorders (100 – black; 400 – pink), point your browser HERE. For cassette preorders, go HERE.

You can also check out opening psalm, “The Stoning” at the Tankcrimes Bandcamp page at THIS LOCATION where you can preorder the record digitally for a cool $4.20.

Over The Edge is twenty-four minutes of East Coast brutality combined with West Coast mentality, all rolled up with cosmic weed grown in outer space, delivered by an alien race known as The Doctors. It’s lit. “If you are straight edge, this record will hopefully make you question your life choices. If you smoke pot, this record will make you feel sexy and intelligent, which we know you already are,” says guitarist Daniel “Machinegun” Grenade. “Most stoner bands want to make you feel fuzzy and warm with their groovy hippie doom riffs, but we always seek to do the opposite, and with this record we really feel closer to achieving our ultimate goal: making marijuana a threat again!”

CONNOISSEUR will bring their weedian odes to stages this Spring with additional live dates to be announced in the weeks to come.

“…marijuana is something to be savoured slowly, but if you wanna burn one up quick and hop in a moshpit, this record’ll definitely do the trick. – Hellbound

“…an all-out onslaught on the senses…” – Echoing Magazine

“CONNOISSEUR hit the nail on the head with this record by providing you heavy, stoner-filled tunes you can jam out to wherever you want to. An interesting and intoxication listen …. Pack a bowl and enjoy the violent weed-filled ride.” – Antichrist Magazine 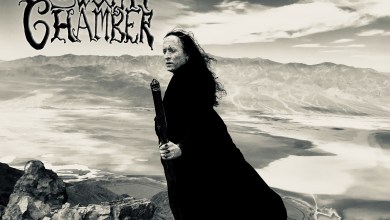 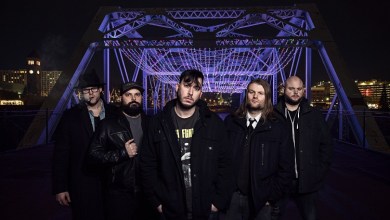 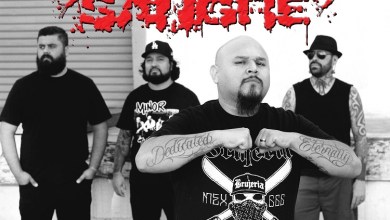