Have you ever completely switched the direction you’re headed, and don’t know what the results are going to be? If you’re an established deathcore band, it could be critical. Welcome to the 2017 version of deathcore stalwarts, Suicide Silence. Hardcore Suicide Silence fans may no longer claim fan status, after hearing the newest offering, the self-titled Suicide Silence. After over ten years peddling the deathcore trade, and building a rabid fan base, Suicide Silence is a complete 180 from their last studio recording, 2011’s The Black Crown.  The latest album is a decidedly different change for Suicide Silence, and when a band “reinvents” its sound it can often be to disastrous results. When the video for the lead track “Doris” was released, it garnered far more dislikes than likes. Is this a statement from Suicide Silence fans, as to the direction the band is looking to move? Sure, it is, but to those uninitiated to Suicide Silence’s catalog as I am, it is a daring move by the band as well as producer Ross Robinson.

If Ross Robinson’s name sounds familiar, it should as he produced Niedermeyer’s Mind, Korn, Life Is Peachy and Korn III: Remember Who You Are. Robinson also produced Slipknot’s first two albums, Slipknot and Iowa, as well as Roots by Sepultura, and Soulfly by Max Cavalera’s side project Soulfy. Robinson has put his stamp all over Suicide Silence, and his track record cannot be denied. Eddie Hermida is, at times on this album, singing as if he is Chino Moreno light. Mark Heylmun and Chris Garza provide the guitar work, and Danny Kenney and Alex Lopez provide the bass and drums, respectively.

The standout tracks on Suicide Silence are the aforementioned, “Doris,” “The Zero,” “Don’t Be Careful, You Might Hurt Yourself,” “Hold Me Up, Hold Me Down,” and the STELLAR “Dying in a Red Room.” For HARDCORE Suicide Silence fans expecting more of the same this album will be a letdown, but for those of us who are now being introduced to Suicide Silence for the first time it’s a great listen. Ross Robinson has put his stamp all over this release, and if it sounds like Korn it’s because of Robinson’s work with them. When I was asked by my editor to review Suicide Silence, I went in with an open mind, and I’m glad I did because the results are fantastic. However, for hardcore Suicide Silence fans this could be the end of an era. If that happens, it’s okay because artists are allowed to experiment with their sound, and Ross Robinson and Suicide Silence hit this nail right square on the head. 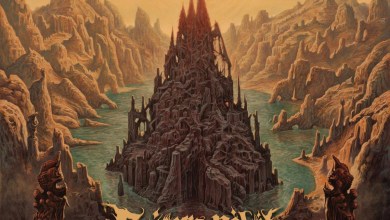