Gojira could not have chosen a more fitting title for their new full-length than Fortitude. It can be interpreted as an ethos for this French band, an unyielding dedication to both preserving the bedrock foundation upon which the band was formed and an ever-evolving, forward-thinking approach to expression. It is almost impossible to believe that Terra Incognita, their debut, was released two decades ago now!

In the years since, the band have tirelessly pursued the white rabbit wherever it may lead. That feeling of exploration, conceptually and thematically, is written into the hymns contained on such brilliant albums as From Mars to Sirius and L’Enfant Sauvage. Along the way, Gojira have managed to influence a slew of aspiring musicians setting standards and precedents in Modern Metal with their powerfully affecting formula of mixing contrasting shades of melodies and monstrous, syncopated rhythms.

Yes, the groove is strong on Fortitude and fans should expect no less. “Born for One Thing” starts things off with a very Devin Townsend vibe in the way huge delays intersect with monolithic, palm-muted, crushing riffs. The bass roars loudly underneath with a grimy yet full, round tone. Throughout the four minutes or so, the song shifts between trippy passages accented by that solid, locked-in relationship between the bass and drums and the straight-forward, crushing guitar work the band has become so famously unrivaled at creating. Ending with a pulverizing breakdown made for moving a mass of bodies in the pit, it best illustrates the game plan for Gojira moving forward.

This is followed up by the first single, “Amazonia,” a kinetic upswelling of attitude and artistry. The vibe is heavy with the subject matter somehow tonally reflecting what that vast jungle could sound like – in a Progressive, Groove-oriented, Death Metal fashion of course. Can Gojira really be considered Death Metal, though? I think it is probably safe to say the band themselves choose not to limit their sound to certain genre classifications when writing such prolific songs. No, all barriers inhibiting an open survey of musical possibilities are knocked down.

When I say this may be the best-produced album of 2021, I am in no way exaggerating. Seriously, this is a record that audiophiles across the globe will be attempting to dissect in no time. First, the sound is enormous though I did not have to adjust my studio monitors for any distortion. It seems like that slamming impact of a gargantuan-sounding record must sometimes be negotiated with clarity and definition. Gojira, though, have surmounted this obstacle for this is an album to be played as an example of prodigious vision meeting refined practice, heavy and engrossing.

It all begins with the guitar tone for these guys. One can only guess how many 5150-IIIs have been sold to seekers of their own tonal journey inspired by Gojira. There is quite a bit of variation in the tone employed from the abrasive, air-moving chugs to melodic ideas soaked in chorus. The lead sounds offer myriad colors of musical statements becoming a David Gilmour to the James Hetfield rhythm style. Gojira have just enough of that aforementioned Prog element to keep things interesting as such yet they are not prone to go off on boring, extended tangents. That is how the band have managed to maintain such a loyal following worldwide.

The production also highlights an essential element in the band, the rhythm section. That symbiotic relationship between the bass and the drums is what truly keeps the ship afloat and anchored as so desired. With tasteful basslines that help to expand upon the melodic ideas of the guitar, the music is given a depth not found in many of the band’s contemporaries, an organic groundedness moved by the bombastic rhythms of the drums. Truly, this is the blueprint of Modern Metal.

Other tracks of note include the fourth, “Hold On”. With a very pronounced, clean melodic framework, after two minutes, it is launched into a massive, churning riff to decimate impressionable ears. “New Found” follows with a hypnotic pounding rhythm in the verse that transitions to a conglomeration of infectious harmonies, melodies, and counter-melodies for the chorus. This formula simply works for Gojira yet there is never a point at which the music becomes stale or could actually be considered formulaic. It is more about contrasts, brave discovery, and adherence to riffs that powerfully inspire the listener.

People often complain that there are no more Metal heroes. That may in fact be true were one to only consider the output of those older bands who paved the way (though many like Testament and Metal Church still release quality heavy music), but it negates the massive impact Gojira have had upon the Metal scene in these past twenty years. Combining the formidable artillery made famous by the tenacious riffs of a band like Sepultura with a penchant for unbridled exploration and wonder, Gojira is like the best of two worlds, where the viscerally violent meets cathartic lucidity. In many ways, their approach mirrors those past giants in the way the music never stops on a heavy part that seemingly goes nowhere, but rather there is always a forward motion, constantly peering over the horizon. The road has been long and far from easy, but Gojira have established themselves as perpetuators of prolific, entrancing Metal for thinkers and lovers of giant, mountainous rhythms, towering like the Alps that run through their native Europe. For a perfect glimpse of such refinement, listen to the ninth track, “Into the Storm” – wow. 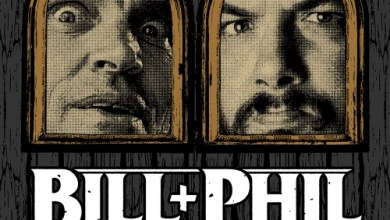 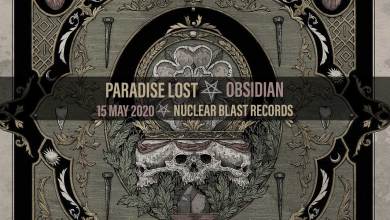 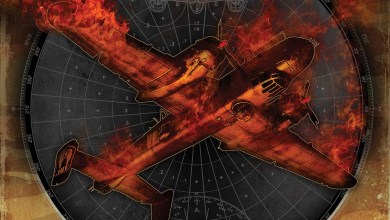