I never realised Dragonforce hadn’t released a Greatest Hits album before now. I mean, they’ve been around for years, so surely they’d released one somewhere! Apparently not.

If you’ve never heard the opening track to this Greatest Hits album, “Through The Fire And Flames,” where have you been? Universally acknowledged as one of the most difficult songs on Guitar Hero (remember that?), it was nigh on impossible to finish on Master Mode. Still, it doesn’t make it any less enjoyable having a go at air guitarring your way to ‘greatness’.

The rest of this album is a veritable smorgasbord of Dragonforce awesomeness. If, like me, you’re a fan of their power-metalling, insane-guitarring ways, this is a great album to have. If you’re just setting out on your Dragon-y travels, this is a great place to begin. It’s an epic (in terms of length) album, but it’s worth it. If you like your songs long and filled with fantasy and great guitar riffs. If you don’t? Probably best avoiding this.

I always find ‘Greatest Hits’ a bit odd, and I’ll admit…I’m not really a fan of them. Granted, they’re good for getting new fans on board. However, if you’re a long term fan, chances are you’ll have heard all these songs before. That’s where this album serves up a bit of a curve ball. By interspersing the ‘classics’ with the odd ‘live’ version, it keeps things feeling pretty fresh, and stops the album turning into one massive guitar solo.

The closing track on this album, “Heart of a Dragon,” is my favourite Dragonforce song of all time. Yep, above even “Through The Fire And Flames.” There, I said it. For me, this song encapsulates all that is great about ‘Force. The song could conceivably be used as some form of kick-ass anthem for Game of Thrones. Now that would be awesome.

All in all, this is a decent album – worth buying purely so you don’t need to keep swapping the CDs in your car when you want to get the best of Dragonforce. Well, apart from when you have to swap from CD one to CD two.

Still, this is a great way to spend two and a half hours of your life. Though don’t blame me if you end up in A&E with Air-guitar Wrist.

Check out our gallery of Dragonforce photos here! 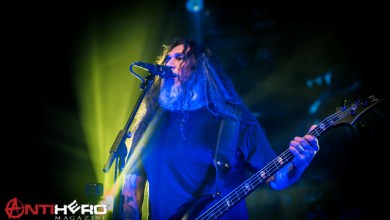 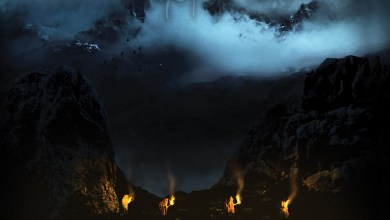