To the uninitiated, Ratio may seem a bold move into perhaps uncharted territory for the lairy northern five piece. To those who have already caught on to the hype during their five year conquest, Ratio simply unveils yet another layer to the band’s already surprisingly rich musical tapestry. All it takes is one listen through their latest album and it is clear the band themselves don’t harbour any desire at all to be pigeon holed.

Vocalist Baz Mills elaborates: “We relish being out of our comfort zone when writing, nothing is off the table. Ratio’s inspiration was drawn from the anthems of our youth, big, big choruses and huge guitars. The line ‘where Buddy’s alive and Elvis is King’ is a direct reference to the music that made its impact on me as a kid”

For many, this approach of keeping albums wide open full of different styles and influences (plus the staggering energy of their live show) is what defines the band. The result is something random yet consistent, familiar yet totally unique.

Since its release in April, Welcome to the World has received overwhelmingly positive reviews, with Ratio often singled as one of the albums highlights. A track referred to as the bands ‘arms outstretched stadium sing-along anthem’.

Wrapped in a beautiful atmospheric guitar intro that soon plunges into an irresistible, heavy chug, Ratio plunges headlong into the groove abyss and pulls you with it. The verses are a dark and humorous affair, centrally themed around that devious mistress Lady Luck, and the cruel hand she often deals.
By contrast, the chorus offers up the working mans dream with unrestrained, soaring melody – an optimistic antidote to the weight of the world ‘where the beer is cheap, the criac is good and the jukebox is free’. However the final refrain knowingly crashes back to reality, suggesting this dream is a little too optimistic. ‘As soon as I learn to fly..’

It seems the Wagons’ considerable song writing talent has been 100% focused on capturing an atmosphere, trying to create that huge moment in time we all remember that stick with us. Maybe at a gig somewhere with friends in a moment with your arms outstretched, singing your heart out. There’s a raw honesty and dark humour that makes it so hard not to like. In Ratio, Massive Wagons have their anthem.

The video was shot on location in the bands home town of Lancaster and hits the perfect tone for the track, dripping with shady humour from the opening strains right through to the rousing crowd scene at the videos climax.

2016 has seen Massive Wagons’ star rise exponentially, owing in no small part to the hard road miles covered during two tours since releasing their strongest album to date. The first a hugely successful co-headline O2 Academy run with label mates Trucker Diablo and Screaming Eagles followed by a 12 date full UK tour supporting the stalwart legend Ginger Wildheart, rounded off with festival appearances including a show stealing set at the Rambling Man Fair.

Plans are afoot for more of the same, big announcements and rumours of a winter tour… their popularity only stands to continue rising. With the Wagons work ethic, creativity and productivity, rock n’ roll is in safe hands indeed.

The single with additional bonus material and accompanying video will be released September 16th.

Classic Rock Magazine
‘While at heart they’re a good time hard rock band, there’s a diversity to the sounds found herein that makes it more than just riff-hook and chorus fare’

Powerplay
‘At last we have a British rock band who aren’t afraid to just rock! 10/10’ 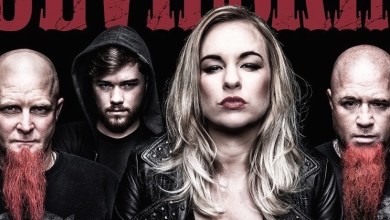 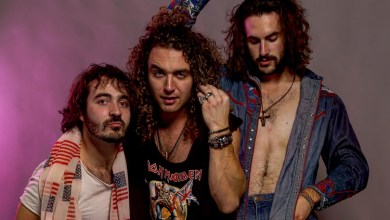