Finnish power metallers Sonata Arctica have been around the music scene since 1996. Each album release has been followed by a subsequent surge in popularity leading up to last year’s The Ninth Hour. Lyrically that album dealt with a close look at the entire world as it is now on the edge of a possible Armageddon. Singer Tony Kakko stepped out of the bands soundcheck and practising his vocal harmonics to have a chat about all manner of topics ahead of the band’s evening show in Club Academy Manchester.

“This career chose me and not the other way around.” – Tony Kakko

Mark Dean: Has it been difficult for the band to establish a musical career playing the style of music that you do?

Tony Kakko: Back in the day when we first started this whole thing, our main market was probably in Japan and then slowly building in Europe and Finland. Japan was the starting point and was a big thing at the time. We kind of followed Stratovarius, and their example of a little struggle. We were inspired by them and their music. That was a starting point and then we slowly with each album started going into our own direction and then building up our markets. One particular area doesn’t play such a big role as long as we are able to tour there. It could be better and bigger. There are a lot of areas in the world where we have not broken in so big, but we are able to sustain a career and none of us have any day jobs. We are in a fortunate place still and hopefully for a long time to come where we are able to tour the world and then release albums and still make a decent living at it. We are not rich and never have been. Just enough to have a comfortable standard of living.

Mark Dean: How would you describe Sonata Arctica and what you do?

Tony Kakko: We are a weird mixture of music, it is really hard to put us into any of those boxes that you can find when you walk into a music store. We kind of belong a little bit in so many of those boxes. We have been called “power metal,” which I don’t think that we really are. There has been rock, pop and melodic rock, but it is maybe something slightly harder. We also have a rather big soft side. Its difficult (laughs). It’s just music that I seem to come up with.

Mark Dean: Has your experience helped to get you and the band through the difficult times?

Tony Kakko: We have been lucky, doing this from 1999, as a touring band we were able to start our career when it was still easier and humble. I still think as the years have gone by, would I have ever dreamed to have considered the possibility of being able to still do this as a career? If I was twenty-something years old and about to start my career now, I think that I would put all my eggs in another basket (laughs). Before I started music, I was still in school studying media and logistics, and all sorts of things. Things really happened the way it should; this career chose me and not the other way around. I never believed that this would happen and this would be the case. I eventually had to quit school before I graduated because I didn’t have the time to be there anymore. I was constantly on tour, and it was the kind of school and it was like working with other people. It started to be a little awkward for me, the teachers were supportive, “that’s great that you are touring,” and giving me a pass grade. The fellow students were less so. I just decided that I had to go.

Mark Dean: How would you view the band’s career with hindsight. Any particular standout highs and lows that come to mind?

Tony Kakko: Each album is a highpoint, but there have been times when we have been opening for Iron Maiden, in Japan for example, and such things that keep you high mentally for a long time. Touring with Nightwish in both Europe and North America twice even. Of course, our own headlining shows and getting gold discs. Every special edition release album and DVDs, they are all great moments. The older it gets I guess that you get more used to it and it is becoming more of a routine. There hasn’t been that many low points, I guess. Of course, when you have to cancel a show for something like I can’t sing. My instrument doesn’t work. Or when we have to get a new band member in for example. We have only two original members left, myself and Tommy, the drummer. It is very painful each time. Of course, it is also bad through the eyes of the fans.

Mark Dean: Which band of your musical heroes would you have most liked to have joined if that call came through to you?

Tony Kakko: They are absolutely huge shoes to fill, but I was always a massive fan of Queen. I can definitely say that I would have liked to have been born like twenty years earlier.

Mark Dean: Outside of working with Sonata Arctica have you worked with any other musicians that have proved to be particularly inspirational?

Tony Kakko: I have sung on a couple of albums by Nightwish a little bit. Every now and again I get like a random offer from some bands to sing like this one song on an album. It’s nice, especially if I know the people, and they are nice guys, then it is fun to join a band. I do this project that goes around Finland singing Christmas songs in a heavy metal style. That is really popular at the moment.

Mark Dean: When Sonata Arctica are not working, what do you enjoy doing to pass the time?

Tony Kakko: Well, I have two kids, so I suppose that is it. (laughs)

Mark Dean: With hindsight, how do you personally view what you have achieved with Sonata Arctica?

Tony Kakko: Now and again I think that it is really healthy to look back and see what I have done. If I think that there is something really good that I should take and use on the next album. Right now, I am pondering if we should now go more into the heavier side of things. We are now in a middle space somewhere of not belonging in any group. We are sort of a doorway to many things-Success and business wise it is not the best place to be in. You need to really choose your side. I just really like so many different styles of music so it’s just really random. I listen personally to anything from classical music to black metal. Even 1920’s jazz like Django Rinehart, Ray Charles, Jonny Cash, right through to Devin Townsend.

Mark Dean: What’s next for Sonata Arctica after this tour ends?

Tony Kakko: We have a lot of festivals lined up, for the summer none however for the UK. I am happy doing what we do but I am slowly brewing my solo project which is going to be wilder and weirder style of music outside what I currently am creating with Sonata Arctica. It will give me some kind of outlet to kind of get the weird shit out of the way. The Sonata Arctica album I have a certain aim with, and take it in a certain place.

Mark Dean: Tony, I really appreciate you taking the time in your busy pre-gig schedule to chat to me today. Thanks very much. 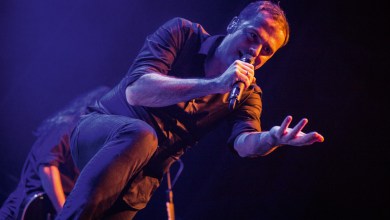 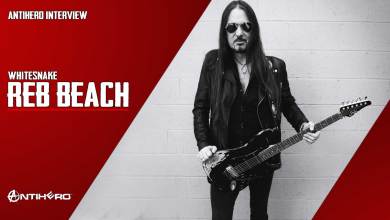 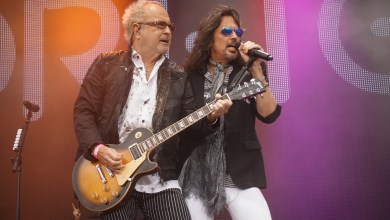 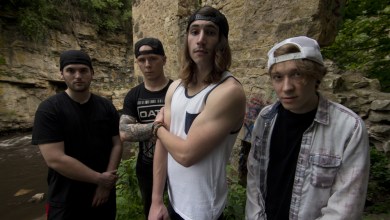