Bands come and go, some leave a lasting mark in the world of their respective genre, and others slink away like a shadow at sunset. Powerman 5000 is not the kind of band that slinks away into mediocrity, never to be heard of again. Spider, spiky-haired frontman, and his candid look on life and the music industry are most defiantly to blame for that. PM5K are currently selling out every venue they book on their current tour with special guests Hed PE and Everybody Panic. I was able to sit down with the entire motley bunch of characters that comprise the current lineup and talk music, eyebrows and Chipotle.

I sat down with the guys in the green room at the venue in La Crosse WI on April Fool’s day and asked them to introduce themselves and tell me what they did in the band, “I am Spider. I am the official eyebrow trimmer for the band,” Spider deadpanned. I expressed my disbelief and he continued, “Yeah, it’s important. Listen, when you are in a band it’s important to have nice eyebrows. When you look your best, you feel your best.” He continued with a stone straight face, “A lot of people underestimate the power of the eyebrow.” Spider also admitted he was the singer also, or he calls it vocalizing. “Singing usually entails hitting notes. That’s the beauty of writing your own songs with nice eyebrows, you can do it any way you want.” The rest of the band introduced themselves and I learned that the bass player Murv also was the assistant to the official eyebrow trimmer. I inquired if it payed well. “It’s like an extra meal voucher. It’s one more than I had before.” Nick, a.k.a. Sci55ors, one of the two guitarists of the group is a man of few words, as is Ty the other guitarist. To complete the lineup was Rattan. “I’m the mega-beat noise maker, drums”. I inquired how long this lineup had included everyone present and Spider responded “A week”. I rebutted that I was pretty sure that Nick had been with the band at least three weeks to which Spider responded “Yeah, Nick’s been in for quite a few years now. I don’ t know, I lost track. Ty’s the newest member. He’s still figuring out what the hell he is doing and why he is here. He will figure it out soon enough.” Ty admitted he was the baby of the group and he had been the victim of some pranks. “We fed Ty his first Chipotle. We can’t be that bad,” quipped Spider.

We moved on to more important topics like the bands longevity and what they attributed their long success to. “I’m unqualified to do anything else in life,” Spider explained, “It’s an awesome thing to be in a band. Ever since I was 12 or 13 I thought it would be a pretty fun thing to do. I saw the Clash on MTV and they had combat boots and guitars on their backs and I was like, those guys are pretty cool. Ever since then I thought that being in a band would be a great thing. It is, and it remains to be. Until the day it isn’t fun anymore, I’m just going to keep doing it. I think part of it is endurance. You keep going and you keep swinging. Sometimes success is a bit of a roller coaster, you start out with nothing, and hopefully you get somewhere. You have some fans, and you sell some records or have people come out and see you play.” “We give the fans what they want, we mix it up, we are high energy. Our live set is pretty good,” Spider continued. I asked him if that live set contained anyone twerking, and sadly he confirmed there would be NO twerking from the PM5000k camp.

I asked my staple question “who would your dream tourmates be?” The response was astounding. “Arianna Grande, and any or all of the judges from the show The Voice” stated more than one of the band members, I kid you not. The Melvins were mentioned by Nick as being his pick for best grunge band of all time. Maybe the Melvins would be interested in jumping on the next PM5K tour? The mention of a new album was made, but Spider assured me that it is just in the early stages because “they don’t want to rush mediocrity.” The subject of social media was brought up and the guys divulged that the band had been the victims of some cyber-bullying recently. They apparently were called things like “Welfare G.I. Joe” and “Gay Iron Man” due to the costumes that they wear on stage. Murv suggested that the band should be videoed reading the items about them posted on social media so the public could see how much “words can hurt.” The conversation moved to superhero talk and I asked if they could choose would they be Superman or Batman. Spider confidently chimed in “Superman! Batman is lame” and then continued on, saying, “We are kind of like 5 superheroes, everything we do is super.” “Sometimes we wear our underwear on the outside,” added Nick.

In a nutshell, these guys are entertaining on and off the stage. They took the stage that night and played to a sold out crowd with such fervent energy it was hard to believe that their front man has been doing this for over twenty years. Powerman 5000 continues on tour through April, and I strongly suggest you find a venue near you that these bad-asses will be playing at, and get tickets. There are few bands that have been relevant in the metal music scene for as long as this band that have even half the energy and overall stage presence as these five guys.
~Skullgurl Metalchick~ 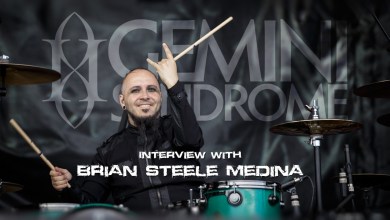 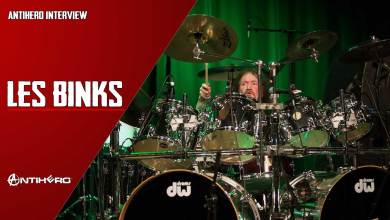 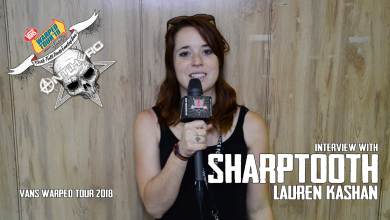 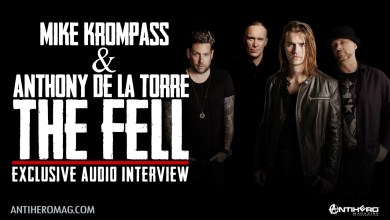