The most extreme music festival in the UK – Bloodstock – returns once more for yet another metallic extravaganza in 2018. While the festival isn’t scheduled to get fully underway until Friday, 10th August, the Sophie Lancaster Stage commences a small-scale warm-up for die-hard attendees on the Thursday evening, kick-starting to the sound of Hundred Year Old Man’s sludgy, blackened insanity. Hot off their debut album, Breeching, the six-piece pummel Catton Park into submission with the aid of guttural grooves, manic vocals and a hugely confident stage presence that belies their relative inexperience.

Skiltron peak curiosity at first with their bagpipe-driven power metal stylings, but, despite enjoying an enthusiastic response from their onlookers, the Argentinians buckle under the style-over-substance clichés of their subgenre. Bloodshot Dawn are met with a hero’s welcome, easily becoming the most watched band of this opening day as they barrel through belters like “Smoke and Mirrors” and “Reanimation”.

Thursday headliners Arkona stun again and again throughout their hour-plus set: their unique MO of fusing Russian folk music with progressive metal gives them an enigmatic shine matched only by their stage presence. Frontwoman Maria Arkhipova is an unstoppable force, constantly mobile and shrouded in darkness as she either hums out luscious melodies or growls angrily over her band’s unique and diverse instrumentation.

Bloodstock’s main stage (affectionately dubbed the Ronnie James Dio Stage) opens up on Friday morning with Feed the Rhino, whose rock ‘n’ roll-inclined hardcore anthems make for an adrenaline-fuelled wake-up call for the main body of the festival. Deity’s Muse’s riffing prog rock loosens up necks on the Sophie Stage, just in time for Onslaught and Memoriam to bring the old-fashioned British heaviness in their consecutive barnstormers. Immediately thereafter, Wednesday 13 arrives in a flurry of horror-inspired theatricality, creating a gothic party atmosphere that only adds to the eventual catharsis of Bloodbath’s death metal goriness.

The crossover thrash of Suicidal Tendencies totally packs out the Sophie Lancaster Stage, resulting in a near-lethal overdose of excitement during their hour-long bruiser. Meanwhile, Emperor play their lauded sophomore release Anthems to the Welkin at Dusk in full on the Dio Stage. The simplicity of the five-piece’s visual aspect would damage lesser groups, but here it only emphasises the glory of their timeless black metal classics.

The day nears its close as Bleed from Within continue their almighty comeback with an unmissable Sophie Lancaster set. The Scotsmen stun with visceral metalcore that is subsequently juxtaposed by the party-hard hits of Judas Priest. The metal gods shine brightly during their first time at Bloodstock, with frontman Rob Halford and guitarist Richie Faulkner radiating pure charisma while churning out beloved anthem after beloved anthem. The surprise return of Glenn Tipton to the fold during the encore tugs at the heartstrings, with the emotionally fulfilling high created here continuing through the impossibly likable performance of Sophie Lancaster closer Doro.

Through a mix of Dark Tranquillity-like melodic death metal and Paradise Lost-esque gloom, Nailed to Obscurity are a captivating start to Saturday’s main-stage line-up. However, the Germans are quickly obliterated by the thrash metal throwback of Power Trip, whose musical muscularity gets the head-banging and moshpits going ridiculously early. SepticFlesh’s dramatic, symphonic death metal injects dashes of the operatic into the utterly brutal proceedings, totally obliterating the clashing Dead Label in the process. Venom, Inc. mark a return to a more stripped-back methodology, barrelling through classic Venom belters like “Black Metal” better than Cronos’s crew could ever hope to nowadays.

Conjurer stole headlines with their debut disc, Mire, earlier this year, and lived up to their enormous hype with a pummeling set of sludge-flavoured deathliness on the Sophie Stage. VOLA are a much more beautiful concept, mixing Meshuggah-style riffs with luscious melodies and impeccable clean singing. The Aussie favourites Voyager keep the prog flying, making for an incredibly charismatic display fuelled by the chemistry of the band members. Andrew O’Neill replaces a canceled With the Dead to provide some interactive heavy metal stand-up; the hilarity peaks with a “spoken-word circle pit” that breaks out as the comedian hums out a version of “Raining Blood”.

Over at the Dio Stage, the indomitable Cannibal Corpse deliver exactly what Bloodstock expected: unyielding death metal power, which of course strikes a zenith with the percussive “Hammer Smashed Face”. The honorary label of “best band of the weekend” falls to Saturday headliner Gojira. The French quartet pummel Bloodstock’s Dio Stage with their technical death/groove metal fury, punctuated by the gorgeous visual addition of an LED backdrop often displaying images of the band’s beautiful artwork. This was Gojira’s coming out party, signaling not only that they’re the best metal name in the world right now, but also destined to become one of the genre’s biggest success stories. Then, Orphaned Land close out the Sophie Stage, purveying Israeli folk metal that is as fascinating as it is enthralling.

By the Sunday morning, overnight torrential rain has transformed Bloodstock into Mudstock, but that doesn’t stop Evergrey from sharing their brilliantly progressive power metal with Catton Park. Fozzy are the ultimate party band, channeling Van Halen in their energy and melodies while lead singer Chris Jericho masterfully keeps his crowd in the palm of his hand.

Alien Weaponry are the surprise of the festival. The teenage trio packs the Sophie Stage before shaking it to the ground with their tribal Polynesian groove metal. The visceral duology of Jasta and DevilDriver continue the guttural enormity, with the proficiency of respective frontmen Jamey Jasta and Dez Fafara launching their shows into the stratosphere. At the Gates refuse to succumb to time as they continue their melodic death metal perfection, delivering an intensity in songs like “Blinded by Fear”, “Cold” and “To Drink from the Night Itself” that sounds like the product of musicians half their age.

Final main-stage headliner Nightwish are, sadly, the weakest of this weekend’s three: while singer Floor Jansen’s talents are undeniable and constantly eyebrow-raising, the band’s orchestral power metal can’t keep up with the harmonic magnificence of Priest, nor the boisterous unpredictability of Gojira. Luckily though, Watain are the true grand finale over on the Sophie Stage: fire and blood are thrown around with reckless abandon while Erik Danielsson and co. perpetuate pure focus and destruction in such frenetic tunes as “Nuclear Alchemy”. 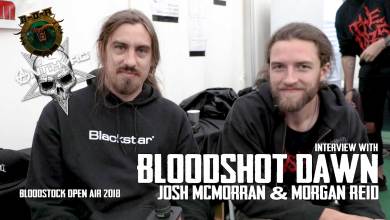 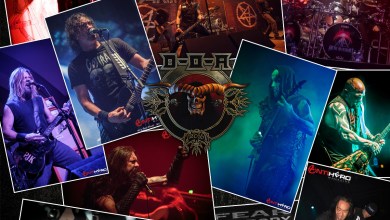 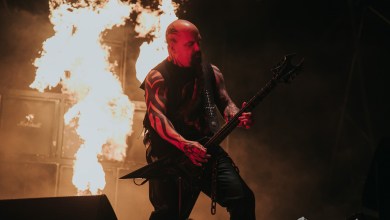 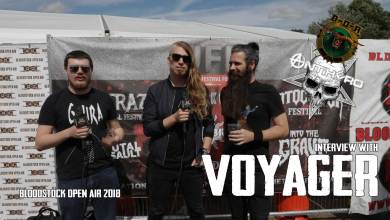