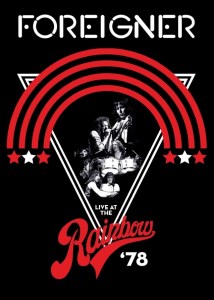 My first introduction to Foreigner was with their album, “4”, which seemed to break them through to the masses, helped massively by MTV which started the same year. Several of that album’s tracks became regular staples on Music Television – “Urgent”, “Waiting for a Girl Like You”, and “Juke Box Hero”. This concert, however, is taken from an earlier era of the band. While the band had achieved a certain level of success in their native USA, global success had so far eluded them.

After the band’s self-titled debut album had spent a year in the US Top 20, rock’s conquering heroes played a sold-out show at London’s celebrated Rainbow Theatre on April 27, 1978. Opening with “Long, Long Way From Home,” fans were treated to a magnificent display of musicianship and performance, including hit singles “Feels Like The First Time” and “Cold As Ice,” as well an exclusive preview of two tracks from the upcoming Double Vision album, “Hot Blooded” and “Double Vision.”

Featuring the classic FOREIGNER lineup of Mick Jones (lead guitar, keyboards, backing vocals), Lou Gramm (lead vocals, percussion), Ian McDonald (guitars, keyboards, sax, flute, backing vocals), Al Greenwood (keyboards, synthesizer), Ed Gagliardi (bass, backing vocals) and Dennis Elliott (drums, backing vocals), this show captures the essence of a group who would go on to become one of the world’s bestselling bands of all time. Half of the band were actually English, so the London audience had an instant connection with them. This was also enforced by singer Lou Gramm sharing that his mother was present as an audience member. Mick Jones is also no slouch as he takes lead vocals on the track “Woman on Woman”.  The band didn’t have an over the top stage production and in that respect, this show was far removed from the later stage productions-no inflatable Juke Box or similar for this run of dates. Lou Gram as a frontman is always for me personally the voice of the band despite his successor these days doing an admirable job. The band delivered a solid set of material with an already strong songbook – combining hard rock anthems with softer and melodic ballads. “Headknocker” became a live tour de force with an extended version which also saw singer Lou Gramm showcasing his abilities on a second drum kit. This also saw a moment of audience participation which brought the show to a rousing finish.

Forty years later, this definitive performance by the original band has been restored from the original film reels, remixed and remastered for this release

“1978 was an absolutely magical time for the band,” remembers Mick Jones, “and to come back over to the UK to play a headline show at the legendary Rainbow really was a dream come true. The audience was amazing that night. We couldn’t have wished for a better show.”

As FOREIGNER’s music continues to resonate with fans old and new, the band celebrated their 40th-anniversary playing amphitheaters and arenas throughout 2018. 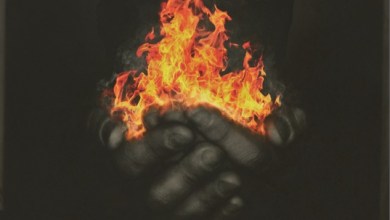