Opening track, “Velvet Rags,” has a clear Queens of the Stone Age feel to it, while tracks like “The Blood to Stone Me,” “Good Woman,” and “Watermill” show the band’s connection with classic riff-masters, Black Sabbath.

“With influences ranging from Kyuss to Queens of the Stone Age to Black Sabbath, this record has an intricately weaved sound of desert/stoner rock with a good shot of classic metal. It was a conscious decision not to get too heavy on the recordings, however tunes like Velvet Rags and Ironwood Trees will satisfy most metal head’s hunger for a solid dose of HARD and LOUD! In the vein of stoner rock Valley Road is ground zero for a good trip nearing the end of the album. As an instrumental it really brings out the sound and feel of the live band. The Blood To Stone Me and Good Woman are also bring out some hazy mid tempo riffs that may tickle the cannabinoid receptors if heard at the right time and volume. Other heavy hitters include Dirty Chose (SDL’s first 2015 EP single) and the Fu-Manchu styled Peach that showcases wicked 4 on the floor grooves, technical chops and power. Closing the album is a throwback to 1969 and a tribute to Black Sabbath’s original album cover. It was recorded live off the floor to 2” tape and produced by Brant Bjork (Kyuss, Fu-Manchu).

It is strongly suggested that you get in the car, and CRANK IT! Slow Death Lights will NOT disappoint.”

After the successful release of Slow Death Lights’ 2015 EP “Broken Spirit Desert Nightmare” the band has returned in 2017 with their self-titled full-length album to be released worldwide on March 3, 2017. The Toronto-based stoner rock band have been grinding it out on the local scene playing any and all shows they could book and people have been taking notice. After a year of playing live, the SDL have been approached by music festivals and record labels, all of which the band is taking in stride. Without a doubt the guys are going against the grain with an ambitious goal or reviving stoner/desert rock in Canada, and although it’s a hard road, they are ready to blaze the trail.

The upcoming album was produced and engineered by drummer/singer Andre Skinner and co-produced by Brant Bjork. Although SDL aligned themselves with some big names, getting to a final product was no easy task. The band travelled as far south as Joshua Tree CA. to record two songs straight to tape at Bjork’s desert studio then returned to Toronto to complete the remaining 7 at Skinner’s studio. With an ever-growing local fan base, the band will be very active locally in Toronto and will be booking tour dates for 2017. 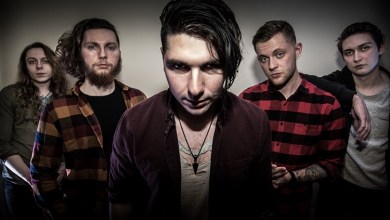 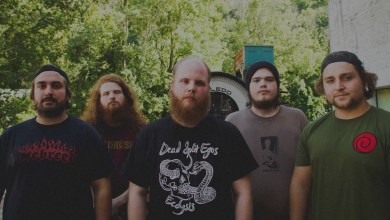 Antihero Exclusive: FALSE ACCUSATIONS – I Know You Must Ache EP