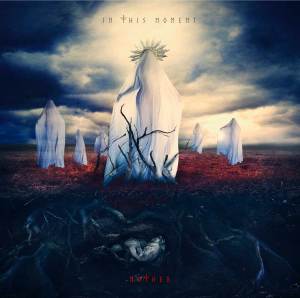 In This Moment have undergone a number of incarnations since the release of the debut record Beautiful Tragedy in 2007. Over a decade later they have not only discovered a heavier sound but have embraced the theatrical, in their music, image, and live performances. Their 2012 album Blood truly changed In This Moment’s direction and from this they have evolved and flourished. Mother is the next incredible chapter in their journey. Drawing on spiritual and philosophical ideas, they have created a concept that transcends cultural and metal boundaries.

The Beginning creates the dark, haunting and dramatic build-up that this album deserves. The powerful bass synth is unsettling from the off. The addition of Maria’s haunting vocals, powerful percussion and the precision layering of such varied instrumental textures segues seamlessly into Fly Like an Eagle. As its title might suggest, this track has an uplifting feel to it, whilst the bass and percussion instrumentation keep their sound grounded. The marching effect of the rhythm for the instrumentation gives a powerful feel. The simplicity of the arrangement is highly effective. Maria’s vocals, greatly contrasting, are able to fill all of the space above this. Full of surprises, this album delivers the full range of In This Moment’s sound. It’s clear influences from all aspects of their discography have been drawn with the addition of some new flavours. Their first single, The In-Between, explicitly references hits from their past: Blood, Whore, Beautiful Tragedy and Sick Like Me. The catchy-chorus hook combined with delicious guitar tones and dramatic instrumentation form an incredible track. Their sound is perfectly represented through this. The cover of Queen’s We Will Rock You was completely unexpected. With a track of such world renown, that is so deeply rooted in rock history, In This Moment had to do something special with it. And of course, they did. It won’t necessarily appeal to everyone, but the unique stance they took through including Lzzy Hale of Halestorm and Taylor Momsen of Pretty Reckless, brought a metal comes hard rock feel to the instrumentation. It also brought together three fantastic female vocalists who flourish in the heavier, hard rock style; significantly deviating from the original track.

Mother, the title track of the album, brings a different sound. It’s much softer than perhaps would be expected, seeing as In This Moment have shown their skills with the heavier sounds. The bass in this track comes predominantly in the form of synths. Vocally, Maria takes a clear focus on this track. The arrangement of harmonies emphasizes the emotion conveyed in this track. The instrumentation has been used effectively; subtle techniques have a powerful impact on the effect of the overall track. The cleaner guitar tone, palm-muted, along with the piano, gives a sense of momentum and builds up in the first verse of the track, it’s fairly low in the mix but holds its own in the space. Lead motifs give little snippets of variation. The addition of the marching snare adds further power to the rhythm running through the track. It has a grounding effect without being overly heavy and contrasting too much with the vocal range. In This Moment have delved deeper into the world of synths – accenting, developing and enhancing their sound in a way they haven’t explored before. The intense energy of As Above, So Below is cultivated through their choice of synths. It fills in the gaps of the rhythm guitars and introduces extra textures to the mix. The catchy chorus hook of this track sees the pop-metal style, seen clearly on their Blood album, referenced.

The dark, heavy atmosphere in God is She is incredibly powerful. In This Moment have mastered the art of producing a theatrical atmosphere which comes across wonderfully in their recorded tracks. This is also clearly seen in Hunting Grounds, the second single from the album. Featuring Joe Cotela of Ded, the track has an extra dimension with the different tones and textures of Joe’s and Maria’s vocals. It has a similar feel to their track The Promise from the A Star-Crossed Wasteland album. Unlike that track, Hunting Grounds has a much darker feel. Into Dust is beautiful, delicate and eerie. The gentle piano and strings accompanying Maria’s haunting vocals create a very emotional sound. It’s an interesting contrast instrumentally as the repeating piano motif is not distinctly eerie, it’s the arrangement of the vocals, use of reverb and dissonant background effects that build up the layers of different sounds. The resulting atmosphere is haunting, creepy but also strangely uplifting. It works wonderfully as a conclusion to such an intricate and carefully designed album. It is cathartic.

In This Moment have created a hauntingly beautiful album. It encompasses powerful and emotional ideas, which are felt both through the lyrics and instrumentation. They have clearly taken a step further in the composition and experimentation with synths and it has paid off. The unexpected Queen cover and collaborations with a range of vocalists bring an extra something to the album. It’s great to see In This Moment evolve with each album, especially Mother, and their ability to build on their past. 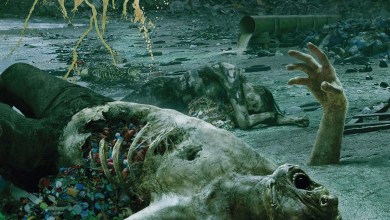 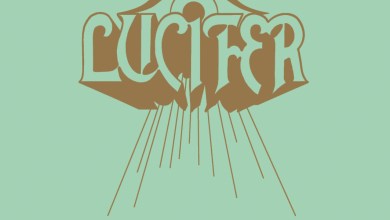 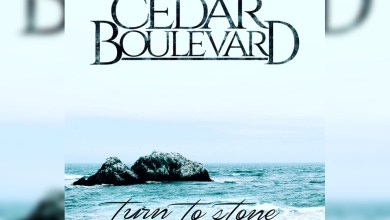