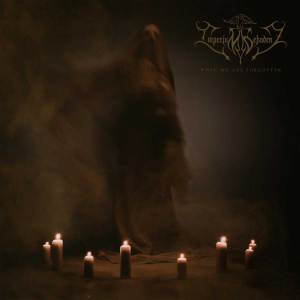 The definition of communication is the imparting or exchanging of information or news. There are obviously myriad ways in which this is achieved and in our ever-evolving world of modernity, the mediums with which we communicate are expanding exponentially. It is one thing to speak directly to one with unabated intention, however, with art, communicating is a much more subdued or perhaps, veiled affair. Therein lies the very genius behind it all for with music, an artist may be sending one signal yet the listener interprets it differently. In effect, this creates a personal dialogue between visionary and beholder, one that varies wildly across the masses. When We Are Forgotten, the latest release from Germany’s Imperium Dekadenz is an album that communicates a plethora of moods and ideas within the musical medium. For those unaware, the band play a version of Black Metal that they have chipped away at over the course of now six full-lengths since forming back in 2004. Theirs is a highly cerebral form of the genre, one that many have labeled as atmospheric and melodic, yet these terms are entirely too stifling for the band’s current state of affairs as will be detailed below.

What becomes readily apparent when beginning to listen to this new album is that the band have stoutly increased the atmosphere. Their last release, Dis Maribvs, was replete with an intriguing, deep vibe; however, with When We Are Forgotten, they have managed to expand upon an already tested and successful formula. Production, riff selection, and dynamics contribute equally to this monumental undertaking.

From a production standpoint, the sound contained within is nothing short of gargantuan. Lush at times, yet sinister and savage at others, the instrumentation paints a wide spectrum of colors. The guitar sound is inherently Black Metal, yet it is round and convex. Rich tones emanate from the six strings spanning the gamut of density while the bass delivers a crisp staccato punch that is able to cut through the mix and lock in with the percussion as well as elaborate the given melodic idea. The drums are dynamic with a solid bass drum complimented by the sonic swirl of cymbal crashes. Vocals do not overpower the songs but instead, aptly share the given sonic space for an overall even delivery.

There is a wide range of different riffs that form the basis of the songs. Some are classically Black Metal in nature while others tend to have a more Post Metal vibe. One way that ideas are successfully presented is the use of texture guitar. Many different layers are added to form a warm, robust whole that is truly unique. The way these layers intersect and divide give the songs their individual character and contribute to the many dynamics at work. Peaks and valleys cause the songs to flow naturally and in turn, the album plods along at a pace that holds one’s attention with both grace and force.

There are many highlights that decorate this poignant creation. Starting with the first and title track, one is immediately stunned by such a beautifully created piece of songwriting, one that truly leaves one breathless in its wake. This song is one that has buried itself deep into the recesses of the mind where it has taken a permanent and welcomed residence. The third track, “My Solace I (Choirs of Solitude),” is both mournful and pensive. There is a ray shining through that is reminiscent of Anathema’s 1995 seminal masterpiece, The Silent Enigma in the way monolithic chords are juxtaposed against powerful vocals, a highly spiritual discourse on display. “My Solace II (Paths of Perception),” the ninth track, is a hypnotic brew of intoxicating riffs that tread on a divine path directly to the soul. “Frozen in Time” is the perfect closer, like a snapshot encapsulating the many moods and ideas encircling the album.

When all is said and done, one has undergone quite the experience after listening to this album. Its many twists and turns illustrate a seemingly inexhaustible well of ideas from which Imperium Dekadenz draws. Their ability to communicate that which is within the ether is both unparalleled and compelling. The true testament to the album’s magic is that one is left wanting more and many will surely, therefore, relisten to it in its entirety. Speaking without exaggeration, this is firmly one of the absolute best releases thus far in 2019. 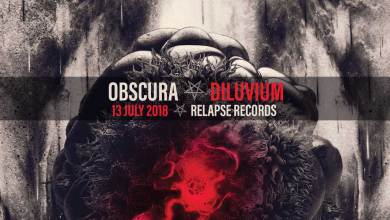 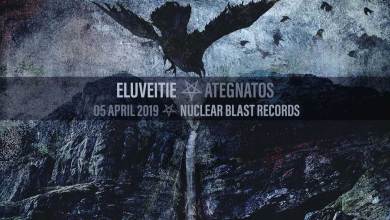 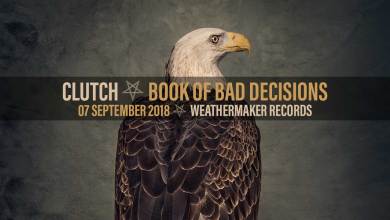