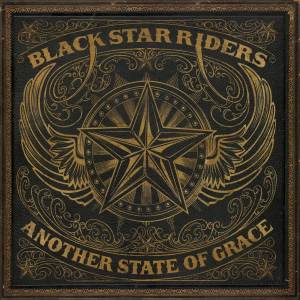 It feels like it’s been ages since we last had a new Black Star Riders album – and although just over two years isn’t really that long, it’s really felt like it. Having said that, four albums in six years is decent enough recompense, especially when they sound as good as these four have.

Yes, I’m including Another State of Grace already, as this is yet another accomplished album that showcases the best Black Star Riders have to offer. While they continue to enhance their own reputation as one of the best rock bands about at the minute, they still haven’t lost that quintessential Thin Lizzy-ness that came across in each of the previous three albums.

“Tonight the Moonlight Let Me Down” is a hell of a way to open the album – the opening guitars hint at this being a great album. Yes, I’m one of those people who base their thoughts on an album or film from the first few minutes – if it doesn’t grab me straight away, that tends to be me done with it. Thankfully, this track grabs you to bring you along for the ride. The Thin Lizzy sound is definitely present in this track, but there’s also the sound of a band who are clearly in a good place and enjoying their music.

“Another State of Grace” evokes memories of Soldierstown, which is a very good thing – it happens to be one of my favourite tracks that BSR have recorded to date. With talk of the Troubles, it’s clear that this is a very personal track – but it also feels like a commentary on how things are at the minute. While we may have got past the Troubles here in Northern Ireland, things still aren’t quite perfect (and that’s without mentioning everything else going on in the world)…

“Ain’t the End of the World” brings back the smile, and then some – from the opening chords, this is clearly one of those songs that will have crowds singing along at gigs. In fact, while I’m typing these words it’s killing me that I can’t sing along (you tend to get some rather strange looks on the train if you do…)

“Underneath the Afterglow” is a surprisingly deep song when you listen to the lyrics. I say ‘surprisingly’ because it brings to mind what emotions really are – and essentially hints at the fact you shouldn’t really let things bother you, which is an interesting concept. Then again, it’s also another great song to sing along to.

“Soldier in the Ghetto” has a funky vibe to it at first, which is always a good thing in my eyes – and it definitely gives the song a different feel to the rest of the album so far. I’m sure there are many interpretations of what the songs about – my personal interpretation is that it’s partly about being in a relationship, but I also get the feeling it’s about growing up in Northern Ireland any time between the late 60s and the early 90s.

“Why Do You Love Your Guns” starts off a lot more stripped-back than the previous songs on the album, but it carries a lot of emotional heft. This one feels like a mix of Troubles-era Northern Ireland and modern-day USA, with the various issues around guns and gun crime. On a personal level, this is probably my favourite song on the entire album as it’s the one that spoke to me most. Maybe, as a child of Northern Ireland, I read more into it than other people will, but it immediately brought to mind the stories I heard of living through those dark days.

“Standing in the Line of Fire” brushes off the emotional cobwebs left from the previous song and brings back memories of *Thin Lizzy* era songs, which is always a good thing.

“What Will It Take” feels like another song with another double meaning. On the one hand, it straight-up sounds like he’s talking to his significant other, trying to work out how to save his relationship. On the other hand, it also sounds like a commentary on modern-day politics, and how there’s so little compromise around.

“In the Shadow of the War Machine” is a rollicking good rock song and feels like another song that’ll be a massive hit at their gigs. Then you hit around a minute in and hear the line “Hey Mr. President, are you watching” and realise that this is another scathing indictment of how close to a global war we’ve come recently.

Hopefully, the lyrics in “Poisoned Heart” aren’t to be read into too much – “I was always good at goodbyes” – and these guys will be around for many years to come. I was contemplating whether to go to their Belfast gig – this album has convinced me that I need to go.

It’s not often a band can blend the past and the future in one album, but Black Star Riders have managed it again – with the perfect mix of Thin Lizzy greatness and their own glittering future. 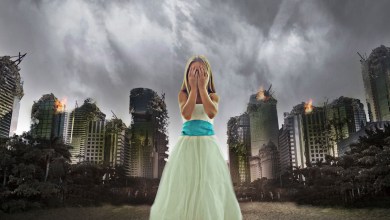 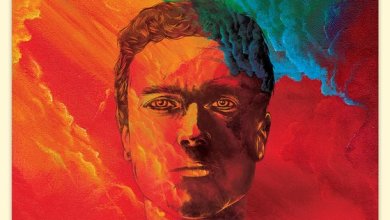