With A New Ship & New Destination:

With Stops At Half Moon Cay In The Bahamas

And ShipRocked’s First-Ever Voyage To

The SR21 Presale Will Begin #SOON

ShipRocked had its biggest year yet in 2020, with 3,300 guests – including 62% returning ShipRockers – joining Halestorm, Alter Bridge, Hellyeah, Asking Alexandria, Badflower, all-star band The Stowaways and more February 1-6 onboard a sold out Carnival Valor for the 11th edition of the Ultimate Rock Music Cruise Vacation. Get a glimpse of the action via the ShipRocked 2020 video teaser here: https://youtu.be/6XIPRggwVls.

ShipRocked 2021 promises to up the ante yet again, with an upgrade to the Dream-class Carnival Magic on January 18-23, 2021, departing from Miami, Florida. The 2021 itinerary includes ShipRocked’s first-ever visit to the Dominican Republic – at Amber Cove just outside of Puerto Playa – along with a return to Half Moon Cay in The Bahamas. The SR21 presale begins soon, with the general onsale to follow. Look for the initial ShipRocked 2021 music lineup to be announced in the coming months at www.ShipRocked.com. In the meantime, get a preview of ShipRocked’s 12th voyage here: https://youtu.be/mWAcrVW7ok8

In addition to stops in Key West, Florida and Cozumel, Mexico, ShipRocked 2020 offered guests several once-in-a-lifetime rock and roll experiences, including the first-ever solo piano performances by In This Moment’s Maria Brink (which featured both reworked In This Moment songs and covers including Radiohead’s “Creep” and Billie Eilish’s “You Should See Me In A Crown”), the debut solo performance from Sevendust’s Clint Lowery, and the live debut of Belle & The Dragon (featuring Sameer Bhattacharya and Pat Seals of Flyleaf, and Wuv from P.O.D.). In addition, Lowery joined Alter Bridge onstage for “Metalingus,” Black Stone Cherry’s John Fred Young shared a kit with Arejay Hale for an extended drum solo during Halestorm’s closing deck stage set, and Leo Moracchioli and Hyro The Hero collaborated on a cover of Anthrax/Public Enemy’s “Bring The Noise” – complete with a kazoo solo. Their performances during both the ShipRocked Pre-Party Gras Parade and the beach show in Cozumel are featured in a new music video for “Bring The Noise,” which can be seen here: https://youtu.be/4oX3qsje-vI.

Over a dozen bands made their ShipRocked debuts in 2020, including Aeges, Asking Alexandria, Dead Posey, Dead Sara, Goodbye June, Hands Like Houses, Ice Nine Kills, Of Mice & Men, Ra, Royal Tusk, Shvpes, and unsigned fan-favorites We Are Band Nerds. Also sailing for the first time (after years of modeling for ShipRocked logos and merch) was ShipRocked mascot Baron Skully; while The Stowaways all-star band made their triumphant return with a pair of sail-away performances that included perennial favorites, deep cuts, and even a nod to Key West’s literary history (a set-closing rendition of Metallica’s “For Whom The Bell Tolls” as the Carnival Valor sailed away from Ernest Hemingway’s former home).

Before cruising down the Mississippi and into the open waters of the Gulf of Mexico, ShipRockers celebrated an early Mardi Gras with a Pre-Party Gras Parade that wound its way around New Orleans’ French Quarter on January 31 with five floats and over 350 participants. The streets were lined not only with hundreds of ShipRockers (including Lzzy Hale and Joe Hottinger from Halestorm), but also with tourists and locals. Music artists including Arejay Hale from Halestorm, Hyro The Hero, Chad Nicefield (Wilson), members of The Stowaways, along with ShipRocked mascot Skully and a few lucky ShipRocked winners held coveted spots on the floats.

The onboard Cancer Sucks! charity auction, led by auctioneer Arejay Hale, raised over $130,000 – bringing the annual auction’s all-time total to nearly $750,000 raised for cancer research. Auction highlights included a signed Motörhead album – which, in keeping with tradition, was donated back to next year’s auction after a winning bid of $8500 – a Friday The 13th Jason mask signed by Ice Nine Kills, and a pair of Halestorm autographed guitars (after a feverish bidding war that reached $16,000 made clear that a single guitar was not enough), along with various other band memorabilia and photo prints.

Other highlights of ShipRocked 2020 included:

Here’s a sample of what the press had to say about ShipRocked 2020:

“In the ever-expanding world of U.S. based rock festivals, ShipRocked is still the very best. Terrific bands, unique settings, traditional and non-traditional access to musicians who often roam the ship and an unmatched comradery of the people who call themselves ShipRockers make the annual cruise a must for rock and roll fans.” – Steve Black, Chop Shop Radio / WRIF-FM (2/8/20)

Produced by ASK4 Entertainment, ShipRocked is a once-in-a-lifetime experience that provides guests with the opportunity to vacation with their favorite bands, meet new friends, and reunite with old ones year after year. In addition to unique performances and musical collaborations, ShipRocked onboard and beach activities include photo meet and greets with band members, artist hosted events and activities, crazy theme nights, after hours parties and more. Loudwire called ShipRocked “…a staple of the hard rock and metal event calendar [March 1, 2017].”

For more information on ShipRocked, visit: 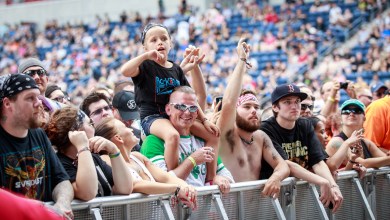 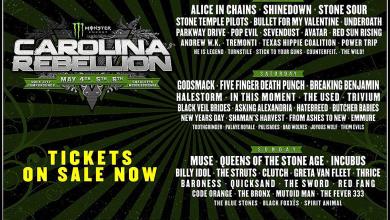 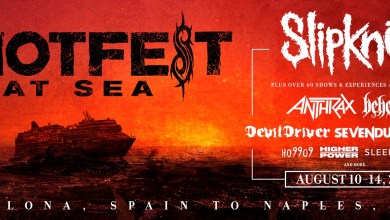 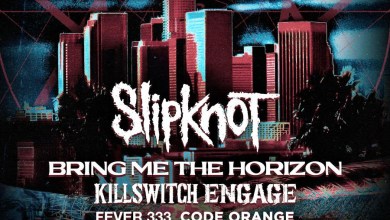