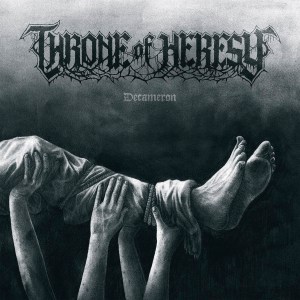 I was in a bookstore the other day with my wife. The English-language section, as is typical in bookstores located in countries that don’t have much use for English, was not large. Though we had little hope of finding much outside the reams of typical bestsellers, nevertheless we persisted. IT, with updated cover art for the remake, featured prominently in the display. I understand why, when books are made into movies, it’s a no-brainer for the publisher to re-release the book with a new cover featuring the movie’s artwork and logo. If Bill Skarsgård’s turn as Pennywise chilled you to the bone, you’d never be blamed for wanting to have a go at the source material.

Standing there in that solitary refuge of the English language, I found myself having a similar experience as I scanned the shelves for something to make my own. A title caught my eye. The Decameron. Only one copy stood there on the shelf, spine facing outwards, crammed unceremoniously between so many other hopefuls. Much as Skarsgård and company have ideally turned a new generation onto the myriad terrors of the Kingsian multiverse, so had blackened Swedish death metal quintet Throne of Heresy alerted me to the existence of this literary classic just a couple of months prior. At that moment, I knew I had found my prize.

Decameron is the imposing new release from Throne of Heresy. It takes its name and inspiration from the aforementioned 14th-century work by Italian author Giovanni Boccaccio. The book is a collection of 100 stories told by a group of hopeful survivors doing their best to outlast the Black Death on the outskirts of Florence. Throne of Heresy have compiled their own set of 10 harrowing tales which detail the brutality of the plague as it embarks upon its merciless march of death and destruction across the Eurasian continent. Such somber subject matter requires an appropriately bleak ambiance, and on this note, Throne of Heresy deliver magnificently.

From album opener “The Shores of Issyk-Kul,” the band waste no time in establishing their foreboding presence. Decameron is sculpted around this atmosphere of doom and hopelessness, feeding into it at all times even while indulging in plenty of headbang-inducing riffs. Consider the record proof positive that DSBM isn’t the only medium for appropriately conveying gloom and misery, and that one can in fact rock out while barreling headlong through tales about how a quarter of the world’s population was obliterated in a mere handful of years.

In true Swedish death metal fashion, the songs on Decameron are relentless, fueled by a ceaseless furnace of rolling kicks, pounding toms and explosive crashes. There is more than a healthy nod to genre lords Amon Amarth in terms of both storytelling aptitude as well as sonic palette, though the music is far from derivative. The songs draw largely on tried-and-true genre traditions, but also feature sophisticated structures and creative transitions that offer plenty to the more technically-minded listener. Tight rhythmic runs and stutters are melded with beefy chords, rolling kicks and epic fills around the toms in a way that make neither feel out of place or superfluous, while tremolo leads and blast beats round out Throne of Heresy’s appropriately blackened take on melodic death metal for the grim stories they weave on the record.

Decameron displays the type of cohesive sound that can only be achieved by a band that knows exactly what it wants — and perhaps more importantly, what it does not want — to be. Within the music’s narrow focus is a breadth of nuanced variety and mood shifts to enhance the story told on each song. From the impending doom and urgency of “Siege of Caffa,” to the merciless onslaught of “Pax Mongolica,” to the ominous dread of “The Plague Ships,” Throne of Heresy tweak their sound in subtle ways to elevate their storytelling, all under the heavy cloak of lugubriousness that befits the twisted majesty of the album’s inspiration. Rather than reflect the album’s geographical journey with a series of heavy-handed and clichéd instrumental or stylistic references, the band adhere to their sonic focus while molding it as the stories demand.

There are moments of baleful melancholy, such as in the brief interlude “Järtecken”. “Siege of Caffa” opens with eerie foghorns that signal the approach of the Mongol armies in one of history’s first recorded uses of biological warfare, as the Mongols, suffering from plague, began to catapult the disease-ridden corpses of their fallen over the city walls. Album closer “The Pale Burden” begins with a soothing acoustic intro before a series of classically infused chords strike down. The zenith of penultimate track “Alvastra” is built around a gorgeously mournful chord progression as vocalist Thomas Clifford channels the tortured despondency of Sweden’s St. Bridget: “Why, God, why have you chosen me for this gruesome task?”

Despite the gruesome subject matter, the album is accessible as far as metal releases go. It is straightforward in its execution, and thanks to the adept ears and hands of Marduk’s Magnus “Devo” Andersson, it is lavishly produced. Whether clean or distorted, the guitars are treated with a lush warmth that fills the ears yet leaves space for the notes to breathe. Bassist Björn Ahlqvist is equally well cared for with a placement in the mix that, while supportive, is far from invisible, and the same can be said for the drums. Clifford’s vocals are robust without feeling wet and fit seamlessly into place alongside the instruments. Decameron is invigoratingly untrendy, relying instead on the strength of its songwriting as well as Andersson’s expert production to define its appeal. 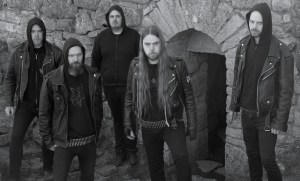 Also worth a mention is Mattias Frisk’s stunning cover art. Decameron’s grisly tales are enshrouded in a beautiful drawing that wordlessly encapsulates the horror and dread of the period. As so many metal bands opt for shock and awe with their miles-over-the-top artwork, and especially with a gigantic mound of diseased corpses as a potentially obvious go-to cover image for a more ham-fisted group, it is refreshing to see Throne of Heresy erring on the side of subtlety with theirs.

Decameron accomplishes an unusual feat. It is a sobering meditation on death and suffering at an incomprehensible scale. Yet at the same time, it provides a thrilling ride through manifestly Swedish melodic death metal territory that’s covered in enough of a smoking, blackened char so that it feels special and interesting. It’s no small feat to craft a concept album that can convincingly carry the weight of one of the most devastating periods in the history of the human race, but Throne of Heresy have done so commendably.

Throne of Heresy release Decameron on Friday, November 3rd via The Sign Records. For now, stream “Pax Mongolica” and “Siege of Caffa” on [Bandcamp]. 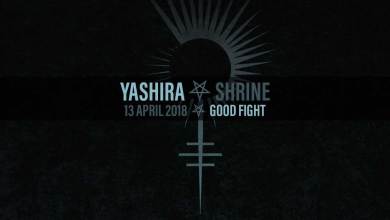 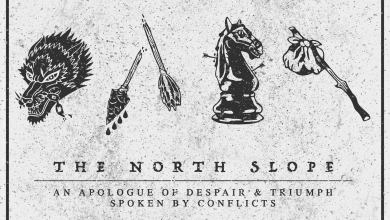 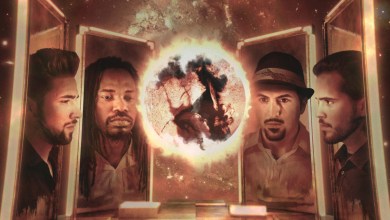