The UK’s best pure metal festival, Bloodstock, is looming on the horizon. From the 9th until the 12th of August, the four-day extravaganza of metallic mayhem is going to be purveying nothing but glorious heaviness. Its three mainstage headliners this year stand as the mighty Judas Priest, the ferocious Gojira and the enchanting Nightwish, with the trio set to lead a magnificent weekend crammed full of booze, brutality and bombast.

But with a festival as massive as Bloodstock, how do you sort the wheat from the chaff? How do you decide which bands to see when they are so many good ones packed onto one enormous bill? Worry not, because that is where this list comes in handy! What follows (in no particular order) are ten acts set to grace Catton Hall next month that any attendees simply must take a look at.

(NB: we’re not including headliners, because everybody’s just going to be watching them anyway, right?)

Gracing the Sophie Lancaster stage on the Sunday are Alien Weaponry: a triumphant trio of groove metal youngsters whose youth belies their talent. On their new debut album, Tū, the teenagers reinvigorate an approach that saw Sepultura soar to new heights with Roots in 1996. By mixing primal groove metal with Polynesian folk music (mostly comprised of epic war chants and tribal percussion), Napalm Records’ criminally overlooked upstarts crafted one of the best metal discs of 2018, and will no doubt shine in a live environment, too.

Voyager have been veterans of the Australian prog metal underground for almost two decades, but are only beginning to receive their just desserts after a recent signing to metal nirvana Season of Mist. The Perth quintet are the perfect mix of emotion and powerhouse grooves, with heavy yet harmonious anthems like “The Meaning of I”, “Ghost Mile” and “Hyperventilating” primed and ready to set the Sophie Lancaster stage on fire on the Saturday. Furthermore, their sheer charisma and chemistry onstage renders them basically unmissable!

Not many of us would have been able to see the ‘80s California thrash movement first-hand during its heyday. But Power Trip, with their anarchic, hardcore-tinged tunes, provide a very, very close approximation. The quartet’s latest disc, 2017’s Nightmare Logic, earnt rave reviews from all over the planet and positioned the group as a name that reinvigorated traditional speed metal with an added dose of succinctness and even melody (as found on such bangers as “Executioner’s Tax”). With Bloodstock being a prime hotspot for the old-school metalhead, Power Trip will definitely make Catton Hall their second home come Saturday, 11th August.

Much like when Metal Allegiance dominated Bloodstock two years ago with an all-star line-up (including Death Angel’s Mark Oseguada and Exodus’s Gary Holt), Sunday mainstage player Jasta will be bringing along a great many friends for his titanic set, including ex-Killswitch Engage frontman Howard Jones, Fear Factory’s Dino Cazares and Crowbar’s Kirk Windstein. What these heavy metal legends have in stock for Catton Hall is anyone’s guess, but it will surely be as brilliantly brutal as possible.

Dead Label are the perfect young, underground group for fans of groovy pioneers like Machine Head, Pantera and Sepultura, of which there will doubtlessly be many at Bloodstock. With two guttural albums under their collective belt, the power trio will be eliciting some of the most brutal headbanging of the entire weekend when they grace the Sophie Lancaster Stage on Saturday the 11th. Boisterous anthems like “Pure Chaos”, “Are You Ready to Kill?” and “Salvation in Sacrifice” should not be missed under any circumstances!

This metalcore quintet’s latest album, Era, is one of the best hardcore discs of the year, tossing in genres from melodic death metal to groove metal and creating a rousing stunner in the process. Technical yet primal belters like “Alive” are bound to ignite even the most anti-metalcore of onlookers at Bloodstock when Ali Richardson and co. grace the Sophie Lancaster Stage on Friday, 10th August. Hopefully, their killer set will get Bleed from Within one step closer to the arena-filling status they’ve deserved for years.

Over two decades down the line, Slaughter of the Soul remains one of the most energised and exciting metal albums of all time, and At the Gates have lost none of that vigour in the 23 years since it was first released. Supporting the brand new To Drink from the Night Itself, the Swedish speed demons are the main support to Sunday mainstage headliner Nightwish and have the potential to blow their eventual successor out of the water with the grinding power of “Blinded by Fear” and “To Drink from the Night Itself”.

Consisting of ex-Megadeth members Chris Broderick and Shawn Drover on lead guitar and drums respectively, Act of Defiance is a quartet that saw the thrash metal stalwarts escape the confines of the group that first brought them to prominence. Mixing wild, technical instrumental heroism with the incessant roars of frontman Henry Derek, the Metal Blade favourites will destroy the Sophie Lancaster Stage on the Sunday of Bloodstock. Watch out, because the moshpits will be furious and plentiful for this one…

The extremists Conjurer are taking the UK by storm right now, with their incendiary live shows and the sheer force of their new, debut album, Mire, earning them a ton of press among Englishmen. With their brutal and riff-fuelled tunes taking inspiration from death metal, sludge metal and even post-metal, this is an eclectic group, but then uses every weapon in their enormous arsenal to just pummel and pummel as much as possible. Perfect for a Saturday Sophie Lancaster Stage slot, right?

The final name in this list will also be the very final act of the festival, as the controversial black metal mavens Watain will be gracing the Sophie Lancaster Stage immediately after Sunday headliners Nightwish wrap up. And what a way to go out these guys will be! With a live show that promises almost endless amounts of fire and blood, this is black metal at its most shocking, Satanic and unholy. Lovely stuff! 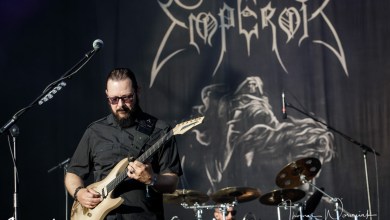 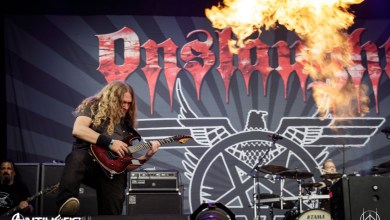 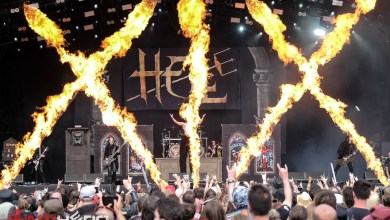 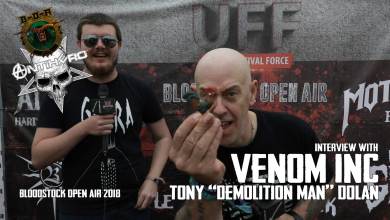