Knoxville, Tennessee rockers 10 Years are thrilled be returning to the UK for the first time since their appearance at Download Festival in 2006 for a September tour following the release of their latest album (how to live) AS GHOSTS, which was released in October 2017 on Mascot Records.

Following a fantastic Canadian tour with Shinedown and In This Moment earlier this year, 10 Years continue to power through the open road including US shows with Breaking Benjamin, A Perfect Circle, Stone Temple Pilots, Black Stone Cherry, Fozzy, Popevil, Seether, Nonpoint, Butcher Babies and more as well as festival appearances at Rock on the Range, Northern Invasion and Rockfest so the UK can expect an explosive show.

Guitarist Matt Wantland said, “I’m genuinely excited to get back to Europe; we haven’t been able to make the journey since around 2008. So much of my favorite music and culture was born, and lives, in that part of the world. I want to share in that energy, and I want them to share it back with us. Travel and new experiences are what help you grow as a human being, as a person, and as a band, I don’t think there’s a better opportunity than this to grow personally and professionally and to push us to a new level. We’ve always felt Europe is a place we should be spending more of our time.”
The first single from the album, ‘Novacaine,’ has received over 7.8 million plays on Spotify, with the combined streams for the album exceeding 10.5 million streams.  The video has been viewed over 1.5 million times and was playlisted at Scuzz and Kerrang TV as well as the song being playlisted at Planet Rock and Kerrang Radio. With the release of this video and over half a million streams to date,‘Burnout’ follows in its footsteps to being on it’s way to becoming a global hit. They have 44m streams of their top 3 songs on Spotify and millions of video plays on Youtube. 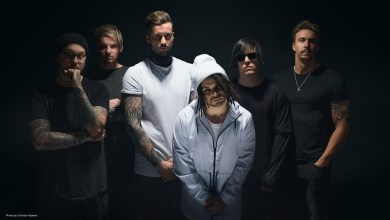