Canadian rock band Ashes At Dawn are offering another sneak peek into their debut LP, Reborn, with a second music video “Slave.”  Produced and directed by Rich Misener of Cut Cartel (Our Lady Peace and more), “Slave” is a dark and twisting story of transformation for the listener to follow on the path to the full album.
Ashes at Dawn is a new band formed in the spring of 2012 with the idea from day one being rock, and variety in the people who play it. Each member brings a unique flair from culture, to musical education and influence, and most importantly, bridging the generation gap between the youth of today and the wisdom of the past. The very core of their music is grooving bass, provided by Rian Cunningham, crushing drums by Gordon 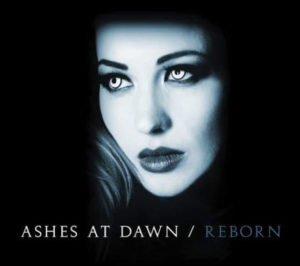 D’Souza and two very capable guitarists, Christian Thompson and Scott McQuade, who both can weave melodic, yet fast, hard driving guitar sounds into the mix that stand the test of time. Vocalist/Guitarist, Scott McQuade, brings power and passion to the music with the ability to sing as soft as water flowing over rocks in a stream, as well as showcasing the grit and rasp that comes with the beauty of experience, allowing him the power to shake the earth. In Summer of 2016 the band signed with Chris Bianchi and the team at CB Entertainment to continue expanding.
Connect with ASHES AT DAWN
ASHES AT DAWN Official
Facebook | Twitter | Instagram

Video Premiere: A Threat To The Enemy’s “Strength of Man” 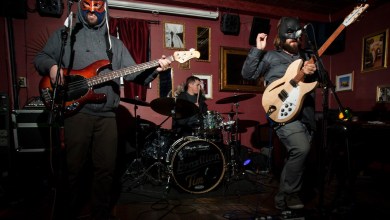 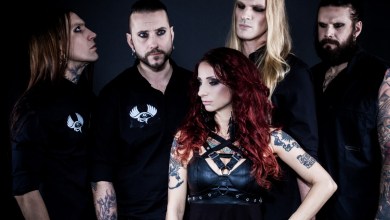